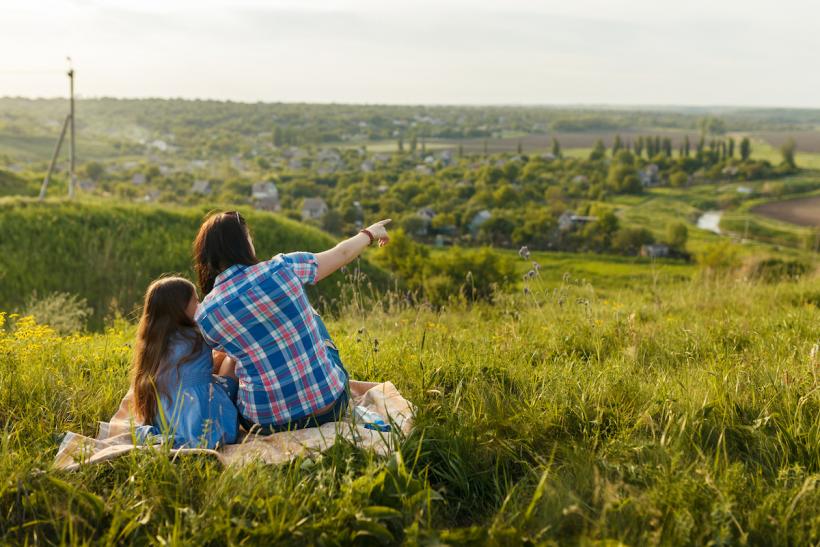 “Is autism my super power?” she asked me, giggling.

I was taught to be silent.

When I was depressed, or suicidal, or in the darkest days of my eating disorder, talking about it with family wasn't an option. Culturally speaking, I was raised by my Mexican immigrant family only to vocalize the good. Anything unpleasant or uncomfortable or unknown was to be quickly and quietly swept under the proverbial rug shared by us all.

Because of my upbringing, it was hard coming to terms and accepting the various diagnoses (and identities attached to them) as I grew up — having depression, having anxiety and obsessive-compulsive disorder, bulimic, binge-eater, a survivor of my own suicide attempts, an adult with ADHD. Each label brought with it a shame I didn't know how to see beyond.

The stigma that came with each diagnosis was reinforced by the fact that pretending everything was okay was the only option.

When my daughter was born, I was scared and uncertain about my ability to be the mother that she would need, despite how much I loved her. The one thing I knew was that I would show her that her voice should never be silenced and that every part of her, those known and those yet to be discovered, would always be loved celebrated.

Every one of my laundry list of stigma-laden diagnoses (except for ADHD) I brought with me into my marriage and the infancy of my role as a mother. I was comfortable writing and speaking about my body image issues and eating disordered past, even publishing a book about coming to terms with my new body and the need to love where I was to get where I wanted to be.

I wasn’t expecting the ADHD diagnosis at age 34.

That was something little boys in elementary schools were diagnosed with by their teachers if they acted too much like little boys and, it seemed, the doctors responsible for doling out the prescriptions for stimulants, more often than not, agreed.

ADHD presents differently in girls and women, I soon learned, which explained how no one had ever picked up on it before. I am certain that the only reason I was diagnosed, to begin with, was that the doctor standing before me, asking me about the coffee my great-aunt used to make for me before bed as a child because it seemed to help me sleep better, was diagnosed as an adult with ADHD himself.

My daughter was five at the time, and old enough to realize that Mama’s brain slowed down when Mama remembered to take her medicine. I spoke slightly less fast than usual and managed to finish one task after starting it, instead of starting many and finishing none (well, more often than before I was medicated, anyway).

Even if I had wanted to hide it, there was no pretending.

I have ADHD, and it is severe. And like we go to the tummy doctor when our belly-panzas hurt for medicine or to the emergency room for a cast to heal a broken bone, we go to the feelings doctor when we are very, very sad, or when we can’t sleep at night because our brains won’t stop worrying us.

I needed her to understand because I had already noted her tendency for periods of insomnia when changes in her routine kicked off a new round of anxiety. And she embraced this still-new-to-me freedom that allowed no room for shame, brightly telling friends that stopped by after school that she couldn't play today because we were about to leave for her feelings doctor appointment.

My daughter was diagnosed as having high-functioning autism (the new DSM-V term replacing Asperger's syndrome) at age nine, not even six months ago. On the way to the evaluation, I told her that no matter what the doctor said, we would love her just the same. If she had autism, that meant we had a new answer when we couldn't explain a meltdown or why the slightest change set off a month-long pattern of sleepless nights. ADHD is my superpower, I told her. And when the doctor brought me in after the five-hour evaluation was completed to give me the official diagnosis, I pulled her to me and hugged her.

“Is autism my super power?” she asked me, giggling.

I nodded and smiled at her and drew her into my chest, already grateful for the knowledge that came with the diagnosis. “Yes, baby. It is.”

She’s vocal. She tells me to write about it and wants to teach others about autism and what it means to have autism. So I do. Until she can do it on her own, I’ll be her voice.