Dating After Widowhood: You Can Withdraw Your Consent At Any Time 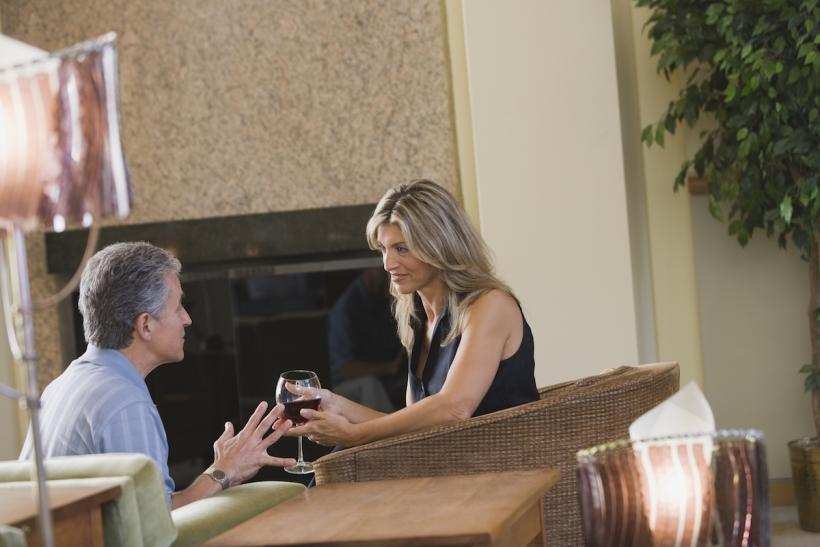 Many of us older daters weren’t brought up with the idea of consent.

This article first appeared on The Hungover Widow and has been republished with permission.

Many of us are diving back into the dating pool after a long absence. It’s been many years since we’ve been romantic with someone other than our spouses. We might not know what feels okay until we’re actually on a date and things are becoming steamy. The most important thing we need to know is that we can withdraw our consent at any time. Even in the middle of things. No matter uncomfortable it feels to speak up.

We owe it to ourselves.

Our date may have done everything right; we’re just not ready to be with a new person. We thought wanted to get close, but when that started to happen, it didn’t feel right.

And that’s okay. You can’t tell beforehand how it feels to become intimate a new person.

But here’s the hard part: we’ve been trained to follow through once we’ve agreed to have sex. In the romance movies, the couple kisses passionately, then suddenly they’re stretched out in bed all post-sex and glowing. They don’t show the awkward stuff in between.

When I was in high school, my dad raised me not to let a boy pay for a date lest he seek physical reimbursement afterwards. According to my dad, all boys were after one thing and I needed to guard against it vigorously. He followed the old-fashioned model that once a guy got excited, he became a sex friend. (In the eighties, one guy actually tried to convince my virginal friend that “blue balls” could damage him). So I had to do everything in my power not to excite a guy.

Many of us older daters weren’t brought up with the idea of consent.

Like me, we were taught to fear the uncontrollable male sex urge. In middle-age, we believe that either you do or you don’t. And if you initially agree to have sex, you’re stuck. But you’re not. You can withdraw your consent at any time.

But if we want to end whatever’s going on, we need to speak up. A lack of enthusiasm or a grimace in a darkened room may not be enough to alert our partners that we’ve changed our minds. We need to say, without shame or embarrassment, “I need this to stop. I’m not comfortable with this.”

We might tend to rationalize, “It will be over soon” or “He’ll think I’m crazy for changing my mind.” But our bodies know. Even if our brains think we can go through with it, our bodies will feel betrayed. They feel at a level our rational minds may not. And a decent man wouldn’t want us to feel ambivalent or awkward about something so private.

I’ve been reading about how Aziz Ansari chose to ignore his date’s signals that she didn’t want to sleep with him. I read an advice column where a man asked if he’d acted wrongly when his date told him after the fact she felt violated even though he’d truly thought she had acquiesced.

We are reaching a new model for sexual consent.

And it involves making sure beforehand that we and our partners are comfortable with each act of intimacy before it happens.

I know people think it can get silly when everything gets verbalized, i.e. “Can I touch your left breast? Can I touch the right one?” Or they think it’s not sexy. But I think it is (within reason). It shows our partners respect us and care that we’re comfortable. And in the time it takes to ask, we can decide what we want. Affirming consent as things progress changes the model of sex as “all or nothing.” It lets us change our minds as we go along. And it sends the message that there’s nothing wrong with that. It’s probably closer to how people really feel when they’re with a new partner, testing the waters before diving in.

In order to feel safe to try dating again, we need to be able to stop whatever’s happening if it feels wrong. At whatever stage. Even if we initially said “yes.” Even if our partners did nothing wrong. For no other reason than it doesn’t feel right. That is a huge reason. And we need to say it clearly without shame, “I need you to stop.”

More From The Hungover Widow:

If you like this article, please share it! Your clicks keep us alive!
Tags
The Hungover Widow
widow
dating after widowhood
widowhood
consent
aziz ansari
dating
dating advice