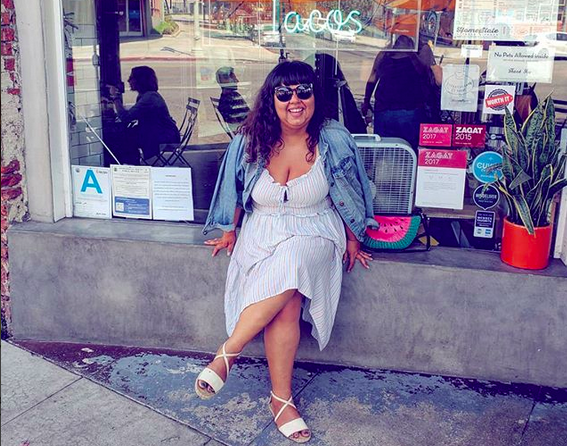 I was having lunch with an old friend, and we go the point in the conversation where we were giving romance updates. I started talking about this new person I’m dating.

I told her that I’m not sure how, but I’d met a good, decent, honest and kind human. Unlike every other relationship I’ve had in the past 5 years, I haven’t even needed to ask any of my friends for advice on the myriad things that have typically plagued me romantically, like:

“Is it normal that he canceled something that was important to me?”

“Is it ok that I think his children sound awful and I don’t want to meet them?”

“Is it weird that he got mad at me for not crying during the Snowden documentary?”

The answers to these questions, I’ve discovered, are largely irrelevant (but just for the record: 1. no, 2. yes, 3. definitely). 2018 has taught me that if I need to ask my friends for advice constantly that it’s a sign it’s not a relationship I know how to navigate and so it’s best to end it lest I slowly lose my goddamn mind.

Back to the story: I was talking about how much I admire my new boo’s passion, the way he brings me a fresh cup of coffee — which he both roasted and brewed himself — in his right hand as he drives to my apartment with his left hand, the way he tells me the story of the bean’s origin as I’m sipping this lovingly made beverage with my legs over his lap, the way he laughs at my weird impersonations, and the way he helped me try to remove a splinter from the bottom of my foot. I even caught myself smiling dreamily with my chin in my hand.

My reverie was interrupted by her single follow-up question: “Does he take you out in public?”

I almost started to cry because it was such a hurtful — but familiar — question. It hurt because I knew what she wanted the answer to be. I wanted to share some good news, and she wanted to prove to herself that there was no way I — a fat girl — could be dating someone who was amazing and who wasn’t ashamed to be seen with me. She was looking to poke holes in my story so that she could restore her sense of superiority over me, the sense of superiority that had been interrupted by my story. She wanted to put me in my place.

For some people reading this, her question might seem like an entirely inappropriate non-sequitur, and it is. However, it is the kind of non-sequitur I’ve come to expect from people who are entrenched in normative cultural thinking.

This question seems like part of a logical line of inquiry to someone who looks at me, sees only a failed woman (no hotness, no sparkle, no magic), thinks they understand how shitty my life should be, and is invested in that shittiness.

It’s a logical line of inquiry to someone who doesn’t mind invading my privacy in order to avoid questioning their understanding of how the world works.

It’s a logical line of inquiry to someone who doesn’t care about my joy as much as they care about feeling safe.

It’s a logical line of inquiry to someone who thinks fat people are inferior and don’t get to be treated well.

“Of course,” I stammered, shifting from joyful to defensive, beginning to feel a nauseous wave of shame and a slow-moving awareness that this “friend” thought I didn’t deserve to be treated with tenderness because of how I look.

I remembered another moment that my dating life didn’t “compute” for someone:

I was getting my nails done for a holiday party, and the nail technician overheard me talking to the thin woman next to me. We had just found out our boyfriends worked at the same law firm, and were talking about their workloads. I guess “lawyer” and “dating a fat girl” didn’t mix in the nail technician’s mind. She interrupted our conversation to ask me: “So, what’s wrong with him?” She didn’t ask the thin woman next to me anything about her boyfriend.

And then I remembered another moment. My grandmother asked about my romantic life. I pulled a picture of him on my phone. He was a weird stoner who loved wearing my panties, but to the outside world he was just a “hot fireman.” “He’s interested in you?” she asked incredulously as she cut bell peppers in her kitchen.

I’ve dated people of all sizes, income levels, and personality types. But I only get questions like the aforementioned when I’m dating someone whose status is seen as somehow “above” my own. This status could be related to career, body size, race, income or looks.

In moments like these, I know that people behave rudely because I’m threatening something they believe in dearly.

I’m threatening the way the world is “supposed” to work. I’m threatening the idea that only people who successfully conform deserve things seen as culturally valuable. I’m destabilizing the way our culture understands who is attractive. I’m forcing others to question the worth of their investment in the status quo. I’m creating room for the possibility that people are desirable for lots of reasons, not just the tiny handful of socially-sanctioned ones. I’m pushing them to imagine what it might mean if a mouthy fat brown girl who loves corn dogs gets her body — and the implications of that powerful truth for the whole fucking culture.

Rather than take a moment to reflect, to be thoughtful or considerate or responsible, or to make room for the radically beautiful possibility that life is much bigger and less clear-cut than we’ve been taught — this person decides it’s my job to put them at ease, to help them see the flaws in my story so that they can go back to living exactly the way they have been, subscribing to the same troubling and myopic belief system.

I know exactly why it’s so terrifying that a fat woman could possibly be treated with the love, affection and care that we all deserve. We’ve been taught women have to earn these things by being thin and polite and a particular kind of beautiful. To refuse to submit to this rule is gender treason.

After that lunch, I went home and wrote about what happened. I wrote about how wrong her behavior was. I knew it came from a wounded place; I was sure that if nothing else she was living with the sexist idea that men were rare commodities that needed to be squabbled over by women. But I also knew that she was responsible for her behavior and how she had chosen to treat me.

And I ended the evening by making a promise to myself — that incident was the last of its kind that I was ever going to endure politely.

If you like this article, please share it! Your clicks keep us alive!
Tags
dating
fat positive
take the cake
Virgie Tovar
#riotsnotdiets
Love
romance