Take The Cake: It's Ok To Hate Thanksgiving 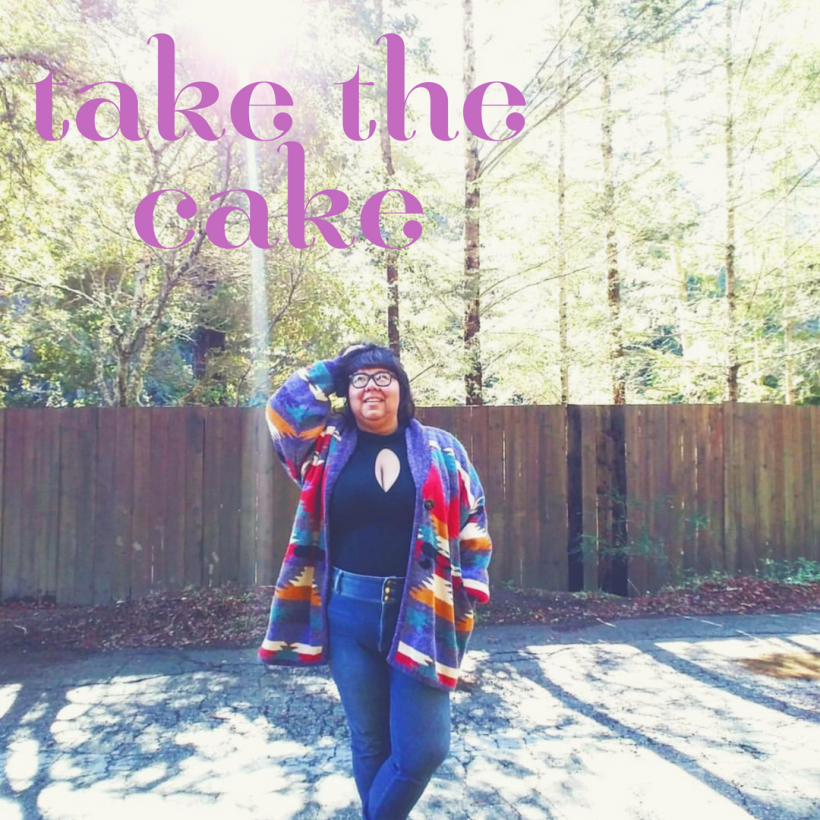 It's hard for me to believe that it has been an entire year since I wrote about deciding to spend my first Thanksgiving alone. That decision was fraught. Not long after that I realized I needed to stop talking to my family. I didn’t know how long I would need, but honestly I thought I would be done working through it all by now. But I’m not. It turns out unraveling all of the heartbreak from my childhood is going to take more than 10 months. Weird. The point is: I'm coming up on my second consecutive holiday season spent without my bio fam.

I was pleasantly surprised by how much I enjoyed my very quiet Thanksgiving. After years of gritting my teeth and sweating through my orange turtle neck for my family, I finally gave myself permission to choose what I wanted to do (cheesecake in bed and horror movies). This year it feels more like the uncomfortable start to what might become my new tradition.

As August began to dwindle and the sun started setting at, like, 4:45pm I started to find myself avoiding signs of (what I began to call) Fall-pocalypse. There was a lot of anxiously staring at my feet as I entered the grocery store, afraid I might see a pumpkin - undeniable proof that the unstoppable family propaganda machine that is "The Holidays" had officially begun. I felt like the appearance of pumpkins would prompt me to spiral into my guilt for not speaking to my family, a guilt that had taken a hiatus during the summer.

Why is it easier to not feel guilt when you’re sweating in a bikini? I dunno.

The therapeutically-informed part of me knows it's normal that this time of year is hard for me. When everywhere I turn I am bombarded with images of loving families, I feel like I am breaking mine apart because I am not spending Thanksgiving with them. I have to keep reminding myself that I am not choosing to feel unsafe by my family’s refusal to create the emotional stability I need; I am merely acting upon the feeling – finally after three decades.

For 25% of the calendar year we as a culture are non-consensually flung into a ritual of capitalist engagement marketed through the myth of the happy (or dysfunctional but quirkily loving) nuclear family. In fact, many of us cannot even remotely relate to the image we see in Hallmark movies starring Candice Cameron. And this paradoxically keeps us stuck in pursuit and failure mode. We think we are doing something wrong, when in fact there’s something wrong with the story.

I mean, the truth is our culture’s romantic ideal – heterosexual, procreative monogamous marriage between two white people who are thin, middle-class to affluent, and able-bodied - is a project that has statistically (and, girl, stylistically!) failed. The history of the nuclear family is littered with horrifying narratives of closeting, domestic abuse, non-stop hidden infidelity, silence around mental illness, female isolation and male dominance. Not to mention a lot of really ugly outfits.

Even though I know that all the loving family stuff is part of American Myth-Building 101, it still feels, well, weird not to participate.

My refusal to participate doesn't just create a sense that I don't belong to my own culture, but my absence acts as a critique of my family. All those years that I forced myself to commute to my family's home - unsure if my mother was having a rage episode or was in one of her "good moods" where she'd talk non-sensically for hours, or if my grandfather was giving my grandmother the silent treatment for any one of her 100 tiny transgressions, or if my aunt was going to start crying for no apparent reason — were more about them than they were ever about me.

My refusal to attend was (and is) tantamount to admitting that something was so wrong with us that I’d rather be alone on an important holiday than be with them. It wasn’t love that kept the tradition alive, but my perceived responsibility to keep the charade going.

I took on the duty of colluding in our collective silence without question for years and years, and last year I realized I just couldn’t do it anymore.

This year, I’m doing Friendsgiving with Kori. We’re nerding out over planning our menu and activities. We probably won’t dress up or even eat turkey, but honestly, I can’t imagine a better way to spend the day.

10 Interesting Things You Can Do With That Leftover Turkey

Take A Politics Time-Out, And Other Thanksgiving Pro Tips

If you like this article, please share it! Your clicks keep us alive!
Tags
Virgie Tovar
take the cake
Thanksgiving
friendsgiving
self-love
self-care