The Maddening Difficulties Of Going On Mental Health Disability 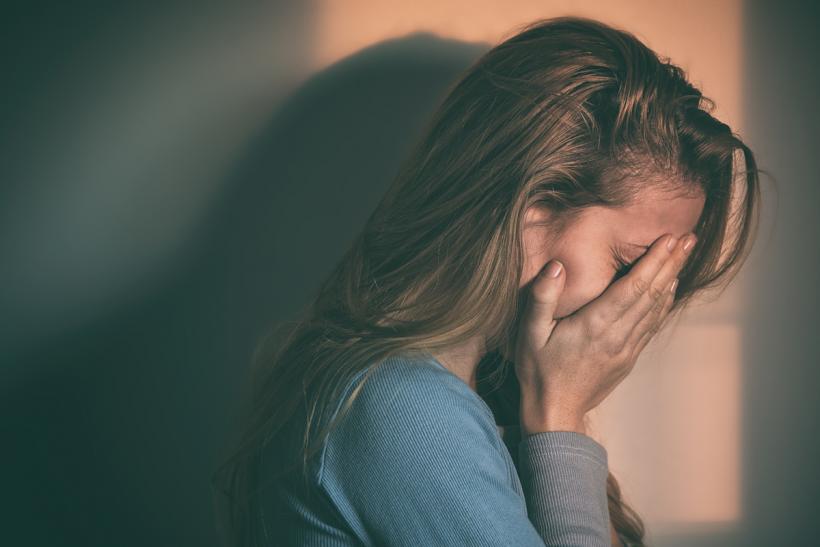 How many spoons can reasonably be left for what makes you happy, what makes life worth living?

I first went on disability when I lived in Rochester, New York. My therapist and psychiatrist had diagnosed me with bipolar II disorder, and I was having trouble meeting the high demands of my job while testing out different mood stabilizers. After taking many half days and sick days due to the side effects and pressure, I determined that I needed to step away from my job to find the right “cocktail” for me and I hesitantly contacted my insurance company. Surprisingly (and thankfully), it took only one phone call. In a matter of minutes, I was officially on short-term disability.

The second time I decided to apply, the experience was somewhat different.

I had just moved to Boston after securing a job as a bartender in the downtown Financial District. The pace was fast, but the money came just as quickly so I didn’t mind. However, I was once again struggling to meet my employer’s demands. On top of the stress of being broke, moving from New Hampshire to Boston without a car, finishing my two-weeks’-notice (again, in New Hampshire), and trying to finalize a divorce, my new managers were rushing me to memorize their complicated cocktail list. I understood the need for me to be “off-book,” but I always learned new menus through practice instead of cramming. The pressure pushed my anxiety into overload when I headed in one day, knowing I wasn’t prepared. On the subway, I decided to stop by the drug store on the way to work, buy Dramamine, and take it along with every pill I had in my tote bag.

This may seem drastic, even overdramatic, but I also live with generalized anxiety disorder and, according to the Anxiety and Depression Association of America, living with both bipolar and anxiety “has been associated with decreased functioning and quality of life and an increased likelihood of substance abuse and suicide attempts.” Needless to say, I didn’t try to overdose, but I checked myself into an inpatient psych ward that evening.

I reentered the world four days later, and I knew that I couldn’t work at the bar anymore. The stress was just too much. Once again, I decided to apply for disability, this time through the ACA instead of my employer. Since it had been so simple to go on disability with the complaint that I needed time to find the right mood stabilizer for bipolar disorder, I thought that a recent hospitalization for suicidal ideation with a plan would be an even more urgent reason for me to get the help I needed. I was denied on the basis that my condition was expected to improve within a year.

In seven months, I was back in the inpatient ward. I stayed a week.

After I was released, I had to scale back my writing for fear of ending up in the same position later on. For a third time, I looked to the disability system for help. I made an appointment at the Social Security office downtown and ran my situation by one of their employees. This time, I didn’t even bother submitting an application — the fact that I made over $1,070 per month (often from only a couple of writing assignments) made me ineligible for aid. It didn’t matter that the basic cost of living in Boston is estimated to be around $1600 per month, counting only rent, utilities, internet, and food. If you want to go anywhere, it costs $2.25 per ride on the MBTA (our subway and bus system) or you can buy a monthly pass for $84.50.

What was so different about this system? Why was it so much harder to receive disability benefits in Massachusetts under the ACA? I don’t precisely know why, but I do know how.

What’s most important is no. 4, though; they’re not looking for how well you function overall, but how well you’re able to fulfill the obligations of your job. This becomes problematic when you consider Spoon Theory, something that a good deal of mentally ill people are familiar with. If you’re not, here’s a shortened version:

But if you use a certain amount of spoons just getting from bed to work and a good deal of the rest at your job, what’s left for yourself?

How many spoons can reasonably be left for what makes you happy, what makes life worth living? For them, that’s not the issue. When pursuing disability, all that matters is making it to work. If you think I’m exaggerating, we’ll go further into the Blue Book’s process.

When you apply for Social Security disability, you have to fill out an Adult Function Report (AFR). This ten-page form is composed of two pages of instructions and eight pages of questions about how you function. Over the course of 68 questions, the Social Security Administration looks to determine what you can and can’t do and how much help you receive. Setting aside (for the moment) the fact that filling out this report requires some serious spoons in and of itself, there’s only one “good” AFR: one that shows minimal function and minimal support along with a statement from your employer saying that you’re having difficulty doing your job.

Here’s why. According to Disability Benefits Help, if you cannot tend to your personal care, run errands, do chores, handle your finances, go out by yourself, socialize and so on, you’re likely not able to work. However, if you use your spoons to do your job at the detriment of everything else, the SSA “will likely assume that they are exaggerating or embellishing their inability to perform activities of daily living.”

In other words, it doesn’t matter if you require assistance in every other aspect of your life if you can perform at work.

And if you’re in treatment? That’s another detriment. The Blue Book itself states, “With treatment, you may not only have your symptoms and signs reduced, but may also be able to function in a work setting.” It also notes that if you’re heavily involved in your treatment, you’re less likely to be a candidate for disability: “Participation in a psychosocial rehabilitation program at the most restrictive level would suggest greater limitation of your areas of mental functioning.” Taking an active role in your mental health, then, isn’t a good sign.

But if you manage to make it through these hoops and red tape, if you make less than $1,070 a month, can’t perform at work or home, have minimal assistance from others, and don’t participate much in your therapy, the illness-specific qualifications are maddeningly specific. The SSA will look at your ability to a) understand, remember, or apply information, b) interact with others, c) concentrate, persist, or maintain pace, and d) adapt or manage yourself. You are only considered disabled if you are not able to function at all in one of these areas independently, appropriately, effectively, and on a sustained basis, or if your independent, appropriate, effective, and sustained functioning is seriously limited in two of these areas.

It’s no wonder that The Disability Benefits Center says to “be prepared to have your initial claim denied. In most cases, claims are denied at least twice before being approved at the hearing level by an Administrative Law Judge (ALJ).” They also note that some illnesses are approved for disability over others — someone with schizophrenia, for instance, is more likely to be approved for disability than someone with bipolar disorder or depression.

This may be because, as the National Alliance on Mental Illness puts it, “Your claims are not reviewed by mental health professionals, and the reviewers may know little or nothing about mental health conditions,” a horrifying notion. It may be because the alternative qualifications to the ones mentioned above are even more precise and, therefore, harder to meet. It could be because the stigma attached to mental illness is so strong that medical reviewers can’t see how a “less severe” illness could impact someone so much. It could be because so much of the evidence of the impact of mental illness is subjective rather than objective.

No matter the reason, the fact remains that the ACA, the same health system that guarantees psychotherapy, counseling, inpatient mental and behavioral health care and substance use treatment as “essential services,” has made it near to impossible for spoonies like myself to get the help we need. I must ask my country, then: is my life essential? Or should I conclude that my needs will continue to be denied?