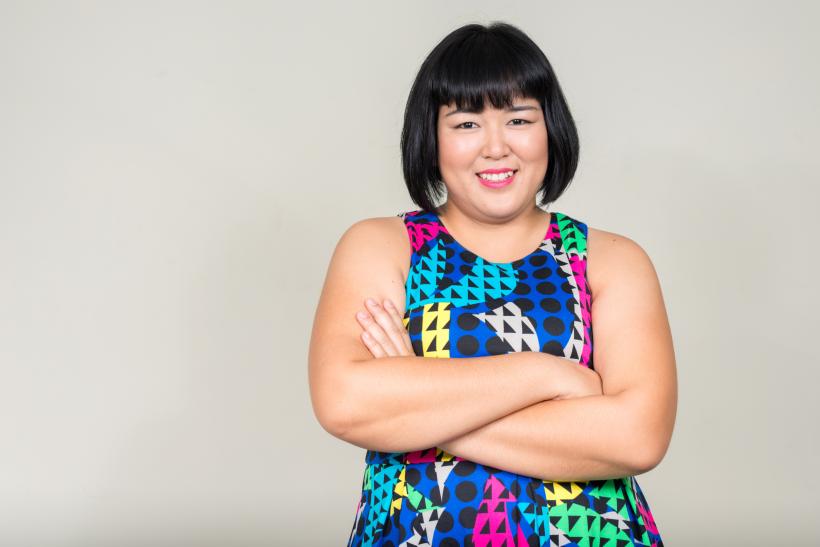 Most women and feminine folks grow up being told to take as little space as possible. From being too loud, too much, dramatic, extra, too intense, too forward, too aloof or too … everything, we are essentially told by society from the get-go that our feelings are not valid, that we are not entitled to proclaim physical and emotional space for ourselves, and that we will not be heard. Eating disorders, misdiagnosis, and years of psychological disorders can be explained by this phenomenon, but not that many of us speak about it.

The beautiful, flawed individual is somehow responsible for an entire sex, her mistakes used as a reason to dismiss a large population of society,” Danielle Campoamor explains in a HuffPo article.

Taking space is not the same thing as taking up space, but both can be an act of resistance and self-care. Making yourself smaller will never work once you truly acknowledge who you are. This Self-Care Sunday, we explore the concept of space and what it means to feminine folks in a world that wants to make them literally and figuratively as small as possible.

We are told by society that feminine folks are not the norm, even though we are half of the population. The world treats being straight, white, male, and able-bodied as the default norm, even though that demographic only makes up a fraction of the population on the whole. With that perception of the world also comes the Protestant values in which you work hard and don’t say anything about your feelings.

While that may have (sort of) worked for our grandparents and the generations before them, pushing down feelings actually creates worse situations. Denying what is truly beneath the surface only pushes growth and understanding further away, if you are lucky enough to have it at all.

Don’t dull your shine for others.

Say the things you need to say. Make yourself heard in your workplace by speaking up. At home, talk about your feelings with those who you are close to and encourage them to do the same. Don’t allow yourself to be told that you’re “too much” for needing these things.

We, too, have the right to physical space. No matter how big or small your physical form, we must stop making it tinier in order to become more palatable to a world that will simply demand more, no matter how much of yourself you surrender.

Part of this is also in how you dress. You take up visual space when you wear a bright color, a crop top, loud jewelry and other things that don’t just fade into the background. For those who want women and femmes to be (barely) seen and not heard, these visual statement pieces take up too much space.

The intense fear of taking up space can also lead to very real eating disorders. The compulsion to be as small as possible, to exist without being seen, becomes a trigger for those whose bodies feel like too much to them.

"For years, I tried to get smaller, smaller…until I eventually got so small, I was diagnosed with anorexia nervosa and could barely regulate my body temperature and was in a constant state of mental fog. And even more than that, I was failing to truly live. My life was totally controlled by food and my relentless workout routine. I couldn’t be the person I wanted to be or live the life I wanted. I was afraid. I was trapped,” explains Meghan of Sundaes For The Soul.

Take up your space. Breathe and allow yourself to fill the spot you are sitting in rather than tensing your muscles and trying to hold your body tight. Demand space back from the manspreaders, the thinspreaders, and those who feel entitled to more simply because of their lucky position in the world.

Treat yourself with the kindness and consideration that you provide everyone around you, and know that you are worth it. You deserve this space simply as a human being.

If you like this article, please share it! Your clicks keep us alive!
Tags
self-care
compassion
resistance
#selfcaresunday
#ravsresistance
boundaries
feminism
activism