The Sex Playlist Every Strong-Ass Woman Needs In Her Life 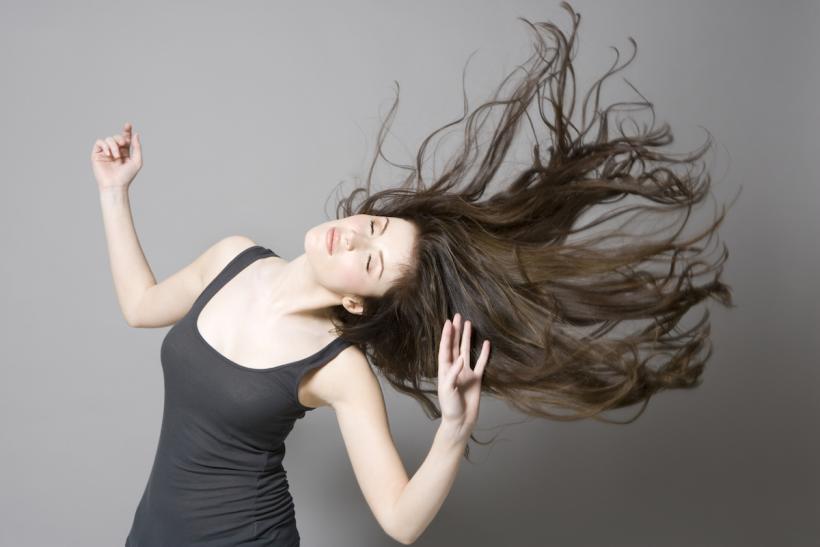 We know what we want, and we aren’t afraid to take it

Every strong woman needs a playlist to play while having sex. She needs a compilation of her empowering badassery to put her in the mood and keep her there.

Luckily, we’ve got the ultimate roundup of songs right here. From Lady Gaga to Trove Love, these sexual, amazing, and fierce female artists will take you from foreplay to orgasm like the empowered woman you are.

Here is the sex playlist every strong woman MUST HAVE in her sexual arsenal. Download it and keep it forever. You’re welcome!

Considering today’s political lexicon (ahem, Donald Creepshow Trump), any song that starts with the line, “My PUSSY tastes like Pepsi Cola,” is totally empowering and badass. Lana Del Rey’s music is so sensual, and her lyrics are so raw, it will put you in the mood immediately.

At long last, we’ve got some much-needed jams from our favorite idol, Lady Gaga. Her new song, “A-Yo,” is my new feminist anthem. “Get off on me, my body's got you pleadin'. Light me up and breathe in. Mirror on the ceilin'.” It will amp up your foreplay like the boss lady you are.

Dorothy is the gothic, badass queen we all aspire to be. “Raise Hell” is a song preaching not to give a fuck about what a wild, party girl prima donna you are, and to live your life the way you want to. It is pure sex.

Every strong woman needs some Beyoncé on her sex playlist. In the heat of foreplay (or screwing), this song is everything you need. If you’re not having sex to “Partition,” are you even really having sex? The beat alone was made for humping.

“Nobody’s Baby” starts off by saying, “I done left you here. All you by yourself. But it ain't my fault, baby, you treated me like a fool.” This song is a reminder that you’re not going to take crap from anyone, not even during sex. You are in control of your body and your life. You’re a boss, and you know it. I think your partner knows it, too.

Tove Lo’s entire album is sex, but this song is clothes-peeling-off delicious. An empowered woman deserves nothing less than “Talking Body” because it’s about knowing yourself and what you deserve: multiple orgasms.

THE BEAT IN THIS SONG. It just makes me feel sexy. Rude Boy might seem a little intense for a sexual encounter, but it’s actually perfect. You’re not taking anyone’s shit, and this guy should know that. Let RiRi be your guide.

"How to Be a Heartbreaker" by Marina and the Diamonds

“How to Be a Heartbreaker” is about taking away a man’s power over you and being the one in control of a relationship. It’s a little toxic, but who doesn’t want a little toxic love when they’re banging? The song feels so upbeat; it keeps the mood electrified.

"Shoutout to My Ex" by Little Mix

"Shut Up And Drive" by Rihanna

This song will always be a classic for boss ladies everywhere. We know what we want, and we aren’t afraid to take it. Now, shut up and drive.

This old-school-esque jam is incredibly empowering and fun. “Maybe I’m lost, but I don’t need to be found,” Leslie Clio coos. This song is especially good for one-night stands when you need a little confidence boost and a reminder that you’re a badass bitch. You’ve seen some shit, and you’re taking on the world.

“Waiting Game” is the perfect song for when you’re getting into the rhythm and having a super passionate moment during sex. If you’ve already finished, it’s also a very nice cool-down song. It’s definitely deeper than the other sounds on the list, but it has some serious soul.

JONES makes me want to get naked. “Indulge” is like liquid seduction. It’s about letting go of inhibitions and letting yourself feel super passionate about someone. It’s about not being afraid of the fire, you know? You can really feel the tingles all over your body when it plays.

"Get Some" by Lykke Li

If you like this article, please share it! Your clicks keep us alive!
Tags
sex advice
playlists
Sex
Mood
sexy