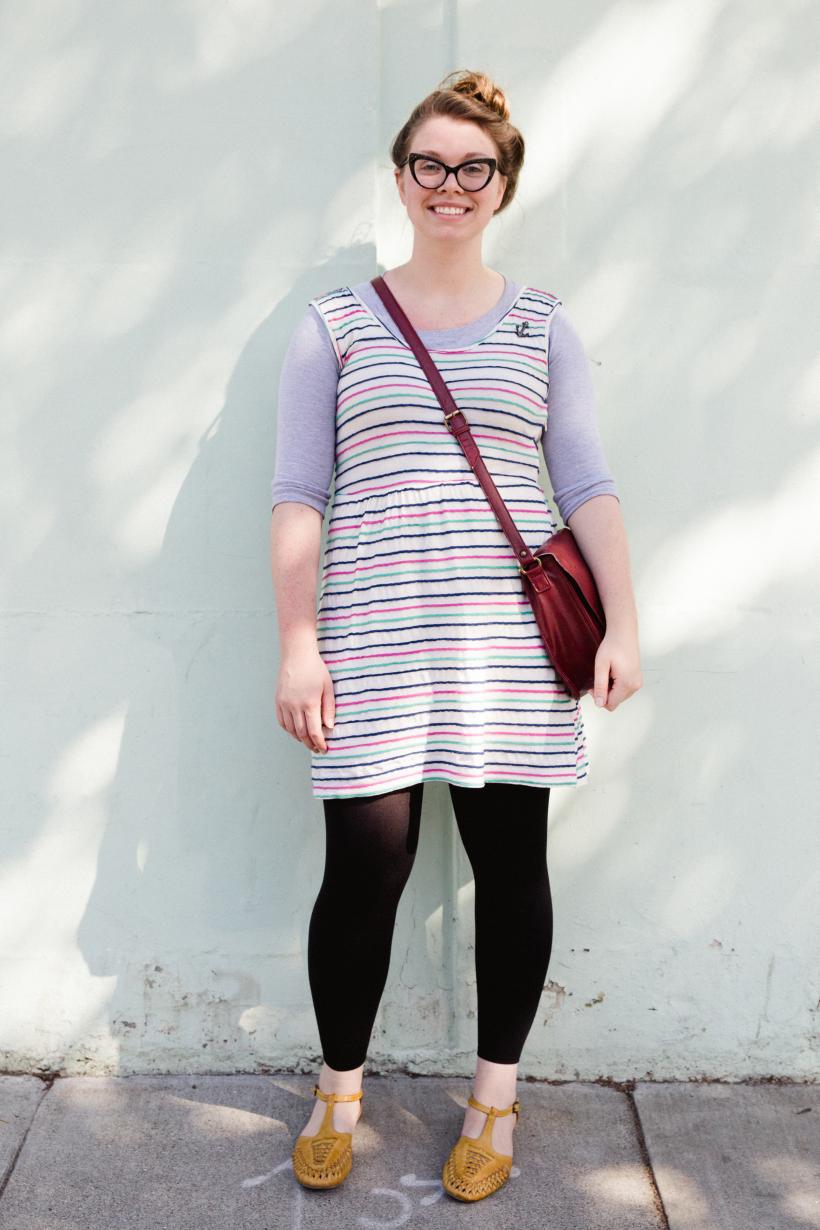 Just shopping. Going to Crossroads—and then I was going to check out some other stores that way.

I studied fashion, but right now I work at an office job. So just "office person" I guess? [laughs]

What specifically did you study in fashion?

Design and business. I graduated a year ago, so I'm still figuring it out.

If you were to pick one area to start in, what would it be?

I don't know—that's the problem! [laughs] There are too many things that are interesting, so I don't know what to do. But I'll figure it out eventually.

What are your favorite things to do in the area?

I like to ride my bike—I usually have my bike with me.

What are some of the best bike-riding neighborhoods around here?

I live in Fruitvale, so I like to go to Alameda a lot and ride around there—to the beach and the park. So usually if I'm going for a long ride, either there or Lake Merritt.

Any fun places to hang out in the Fruitvale?

I just like all the colors and the culture and the taco trucks, and it's affordable.

Yesterday I thought I lost my guinea pig. I looked all over my house and was wondering where did he go? He had snuck into the closet and was eating my broom. I ultimately found him, so I guess that was a challenge! [laughs]

How long have you had your guinea pig?

Three years. His name is Chip.

No, they're not. A lot of people think they are but they're not. I think rats might be, and hedgehogs. Guinea pigs are more like having a rabbit, but they're very needy. They like attention and socializing.

I took a jewelry making/metalworking class at Studio One in Oakland. It's kind of by MacArthur Bart. So that was really fun! I haven't finished anything yet, but I'm starting another metalworking class tomorrow actually.

What are some current obsessions or interests?

I've been reading a lot of Jack Kerouac lately. Catching up on old books. I just finished Big Sur. The end was kind of weird—it was kind of like a little depressing almost. Like uh . . . is he ok? But it was interesting, nonetheless. Other than that, gardening. Trying to start some seeds—it's getting nice outside. I'm going to try growing carrots and lettuce, just the regulars. [laughs]

Probably eclectic, it changes from day to day. Sometimes all black goth-y, but usually colorful.

So tell me about your outfit—where did everything com from?

These sandals are Seychelles, this anchor pin is vintage from somewhere, I think the dress is from TJ Maxx or something. This gray top is just some old sweatshirt that I found. And the bag is from Target.

The glasses are great too!

I got these online at BonLook. 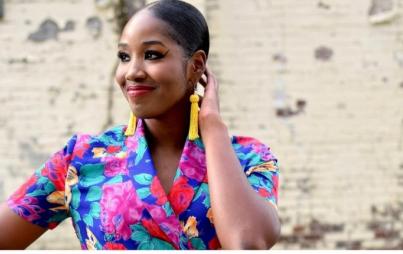