Take The Cake: An Open Letter To The Woman Who Betrayed Me 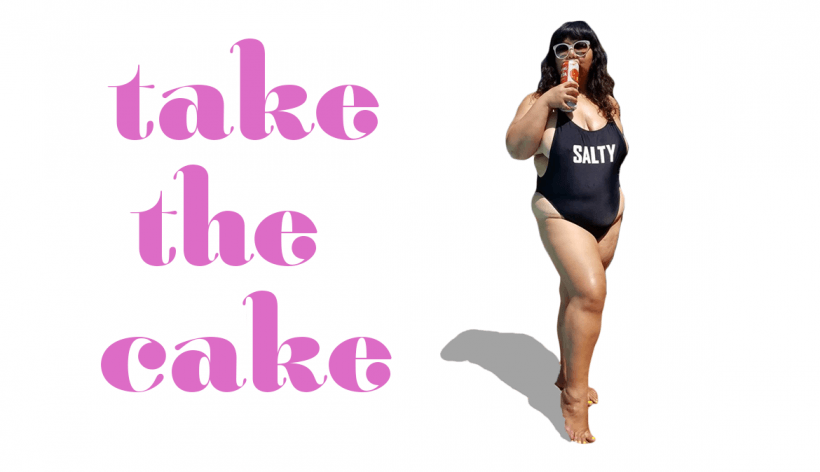 I thought we both knew he was our enemy, but in reality you both were mine.

It’s been two weeks since I found out that you had been sleeping with someone I was falling in love with and that the two of you had colluded to intentionally hide it from me.

You were in denial that he had been telling me the same intimate things he’d been telling you. So you asked to see my phone. You didn’t want me to read his messages out loud because you didn’t believe that I would read them honestly. You filtered all the things you saw through the lie he’d told you — that he only wanted to be my friend. We get to the part where he’s offering to buy me a $250 pair of shoes that look like ice cream sundaes. You refuse to see that this is an erotic game, where I’d say I want something and he’d offer to purchase it.

You had already convinced yourself that his waxing poetic about my desirability, my intellect, my body was just “friendly” banter. I thought you’d asked to have this conversation to repair our friendship. But no. You had brought me there to prove that I was make-believing some story you wanted to be yours and yours alone.

I told you I never wanted to speak to him again. I offered that we work together to rid him from our lives. I thought we had both made the realization that he was garbage, but in reality, only I had.

I thought we both knew he was our enemy, but in reality you both were mine.

I went to a writing workshop a few days after that awful conversation. One of my favorite writers, Achy Obejas, was teaching. She said that conflict is integral to any narrative because it reveals character: “Who is this person in the midst of struggle? Because that is who they truly are.”

It’s been two weeks. I have a hard time grieving, accessing feelings. I was taught that when you’re hurt you should double down on looking strong, looking happy, proving that no one can hurt you. But you did. You got me.

I don’t know how to break down sobbing like you do. I didn’t grow up with fragile femininity. I knew the emotional pain would manifest somatically. It had to get out of my body somehow. I was about 89% sure I would get sick, and I did.

I spent half of last weekend emptying out the gooey contents of my enflamed nostrils. I was in the bathroom doing just that at the event you felt entitled enough to show up at, despite my request for you to stay away from me. I want you to know that seeing you sent me into a panic, made me feel ill. I don’t get to opt out of events where I am speaking. So I just had to watch you walk into the room and sit down. I just had to accept that you were continuing to benefit from the knowledge I work hard to share with my community. I just had to accept that yet another act of love was being stolen from me by you.

But I want you to know you haven't taken from me the capacity to love and be loved ferociously. You taught me I deserve to be picky about who is around me because I am fucking precious. Your betrayal opened a door into the truth of my value.

My friend Mel and I spoke with our faces smooshed to our phones during the Lunar Eclipse while it was 2 a.m. where she lives. She told me that I had to know I was worth every minute of labor and every gesture of healing that others offered me. Always.

You don't know that two hours after your betrayal, I went and had delicious marshmallow-toasted passion fruit milkshakes with my friend, Isabel, who walked through twinkly, misty San Francisco all night with me.

You don't know that my friend Jerry Lee invited me to go see a violent horror movie the next night to take my mind off things. We ate guacamole at Velvet Cantina while I vented about your terrible interior decorating choices as a way to make myself feel less small. You don't know that I got dozens of messages from people I barely know telling me how sorry they were and how they related to my story.

You don’t know it, but you gave me all that.

You gave me the opportunity to see my own.

If you like this article, please share it! Your clicks keep us alive!
Tags
Betrayal
Friendship
heartache
Love
Sex
breakup