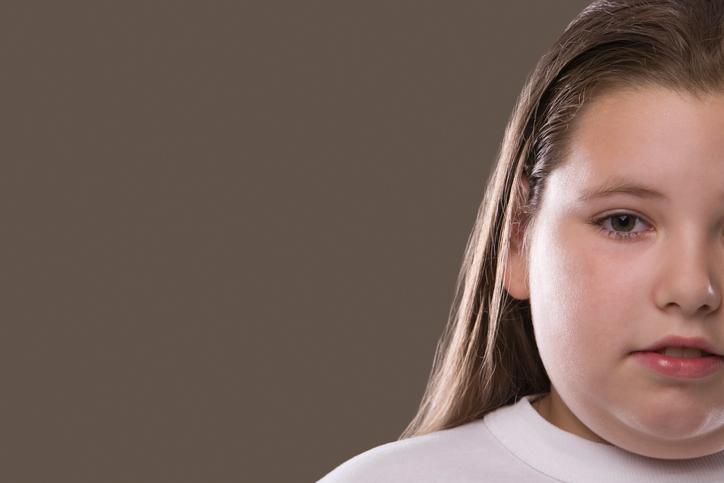 Body shaming kids is never the right thing to do. It can damage a parent's relationship with their kids in a way that sticks with that child for the rest of their lives.

A heartbreaking new hashtag is trending. People are using #TheySaid to tell their stories of experiencing body shaming. The hashtag was started on May 25th by Sally Bergesen. She kicked things off by talking about her own memory of body shaming: 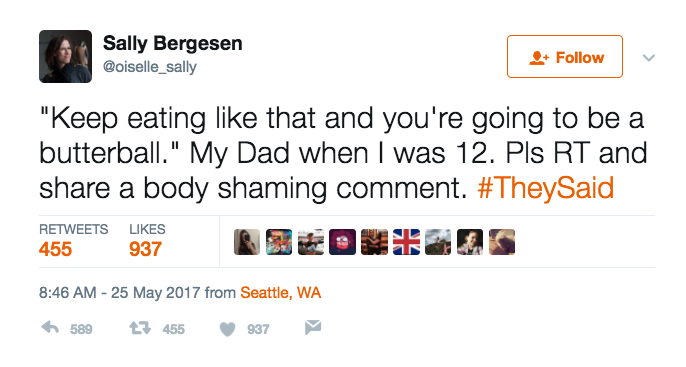 Sadly, Sally wasn’t the only one shamed by her parents: 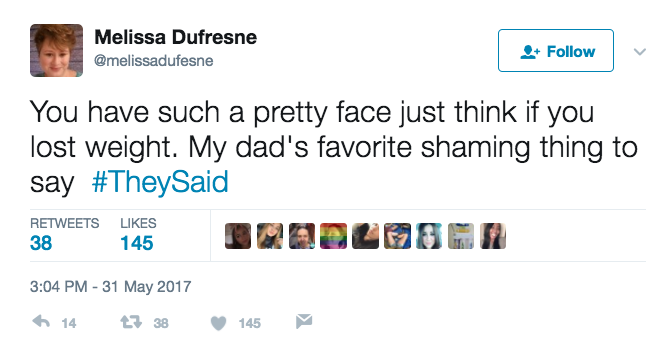 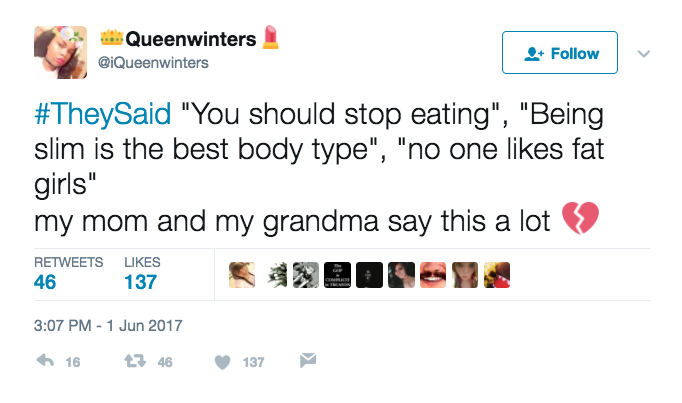 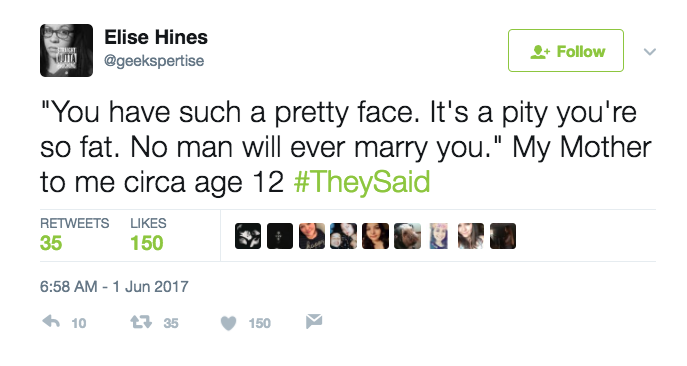 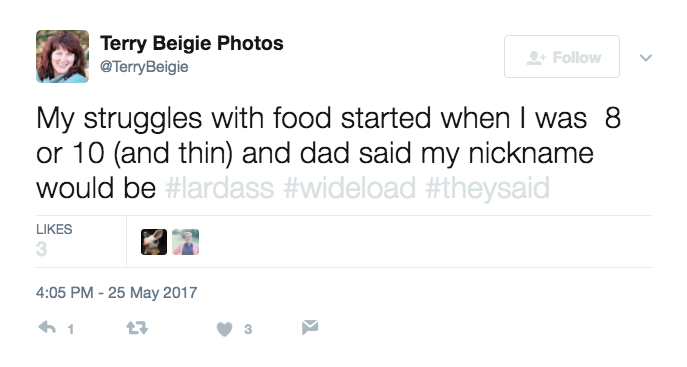 Often family are the worst perpetrators of body shame. I hope that parents see these and realize that whether they think it’s “good natured teasing” or “tough love,” the truth is that body shaming kids is never the right thing to do. It can damage a parent's relationship with their kids in a way that sticks with that child for the rest of their lives.

It’s not just parents who are busy body shaming kids: 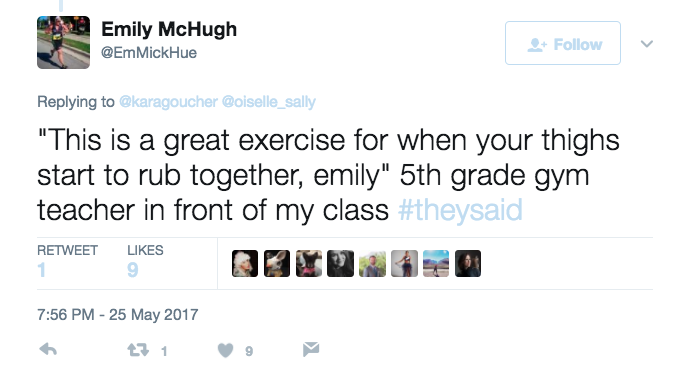 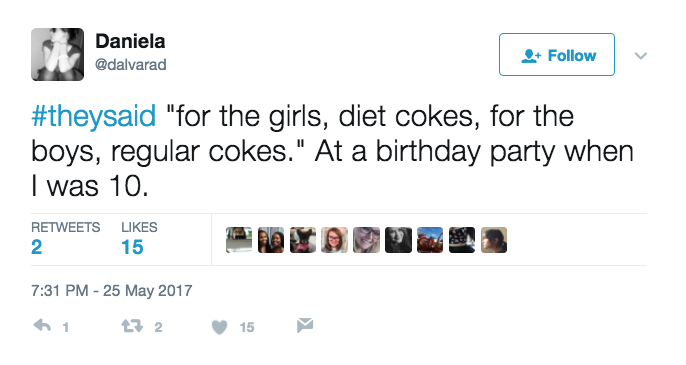 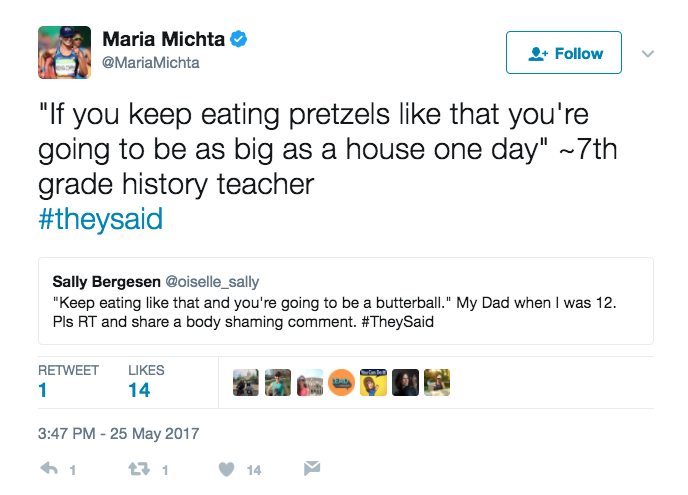 If you really want kids to be healthy then the most basic thing is to give them a chance at seeing their body as amazing and worthy of good care, and teaching them to treat other kids with respect. That's the opposite of shaming, stigmatizing, stereotyping, or bullying other kids, regardless of their body size.

And, as any fat adult can tell you,  it doesn’t stop in childhood: 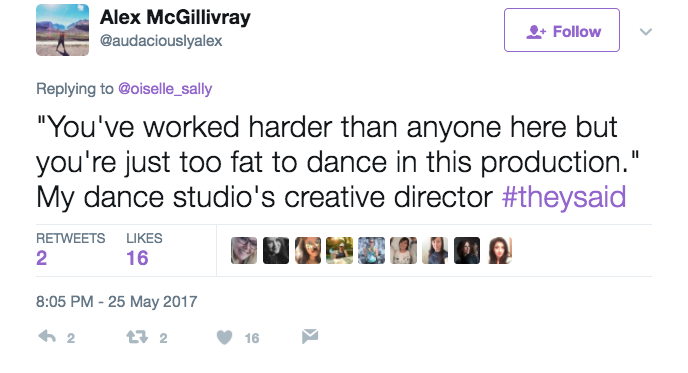 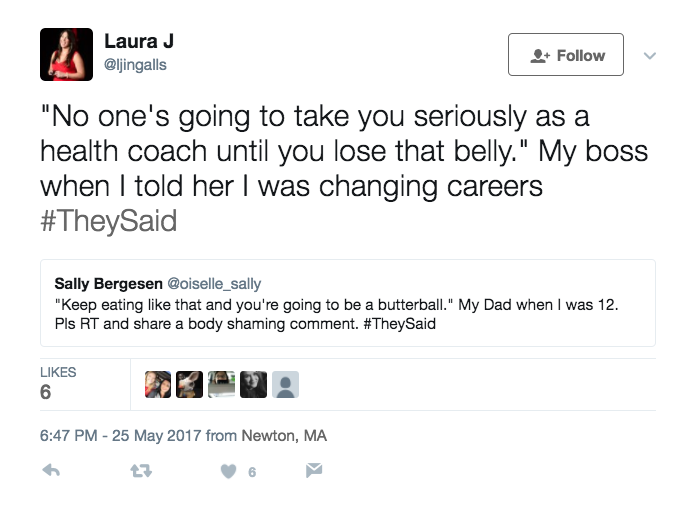 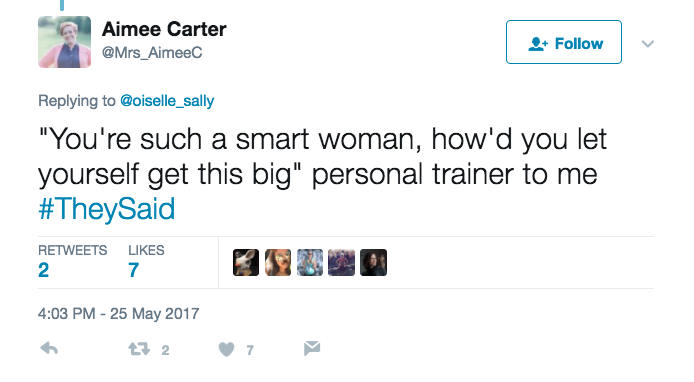 One of the things that’s most insidious about fatphobia is how it creeps into every area of a fat person’s life– the idea that body size has anything to do with talent, or intelligence, or skill boils down to nothing more than stereotypes and stigma but it keeps fat people from being able to participate fully in society.

Finally, we are reminded that fat phobia also plays a huge part in eating disorder culture: 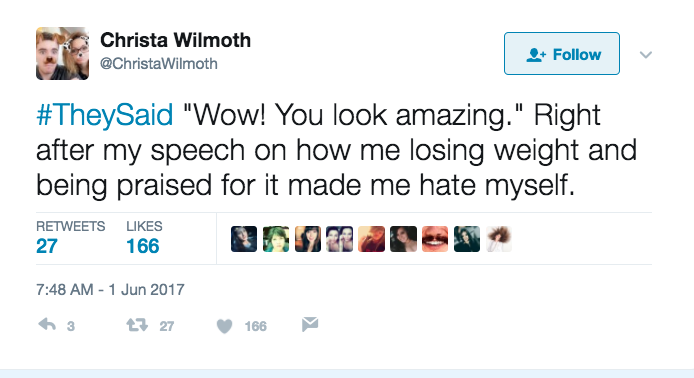 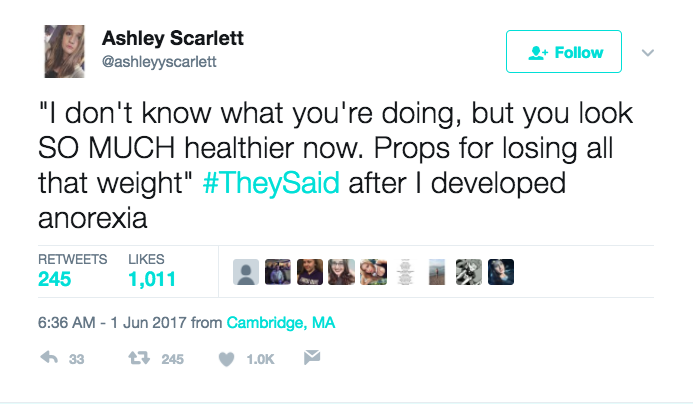 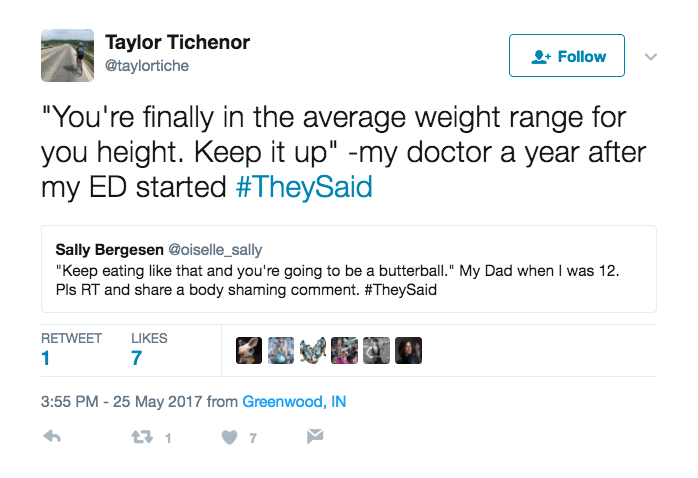 This is just one of the ways that we can see that the “War on Obesity” wants us thin or dead, and doesn’t much care which.

While we’re talking about this, we also need to be talking intersectionality and the trouble with body positivity that only includes some people. Sally Bergesen, the woman who started the hashtag, is also the CEO of Oiselle, a sports apparel brand. As an athlete who wants to support people who are doing the right thing when it comes to Size Acceptance, I immediately headed to her website. The first thing that I noticed was that all the models are traditionally thin. Then I realized why —her clothing goes up to “XL,” which she defines as a size 12.

Awash in cognitive dissonance and disappointment (some of her stuff is really cute, but I don’t think it’s going to work for me to buy two of each and try to sew them together), I closed the site. Imagine if rather than just being a fan of body positivity, she actually practiced it in her business. She could start immediately by having models who represent all the sizes she sells, and continue by expanding her sizing.

Hashtags and visibility are great and important, but it’s just the first step. We need to create a world where #TheySaid is an empty thread.