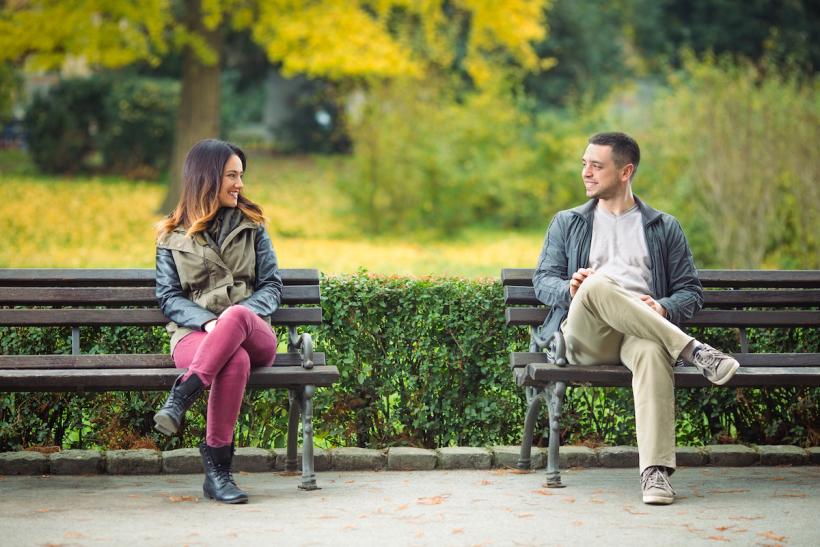 Had I known there were men like him all along, would I have made the choices I had?

A few days after meeting my now-husband, I was on the phone with a friend.

I said it with so much dread. "I’m not sure that’s going to work well for me."

I could tell that she agreed.

I grew up in a home with some undesirable happenings. (I assume everyone does, but my husband has made me question my assumption.) My mother was a serious hoarder. I’m not going to paint you a picture; I’m just going to say that it was a good thing child services never got into our home. My father was an alcoholic (though dry, by the time I was actively growing). My younger brother spun out of control very early in his life, before his teen years, with violent behavior and a heavy foray into the world of illegal substances.

I ate sadness for breakfast, lunch, and dinner. But outside of the house, I excelled. I joined every team in existence, did every social activity, took dance classes, and started working as soon as I was able. By the time I had my first boyfriend, I was leaving for college. I visited him on the weekends, choosing to come back ‘home’ only to stay at his house — and I hinged my deep inner happiness upon his existence.

Obviously, he let me down. He had to. He was a young boy in high school — his job was not to be my savior, nor my man.

After college, I left the country for a while. I wanted to be on my own, cultivate happiness that depended solely on me. From that point on, I had some relationships, but never any that had any chance of being solid. I loved men who didn’t want to love me. I revered men who were irrevocably broken. It felt so good to sit alongside someone else who had been so deeply hurt.

I ripped on him from the get-go. I made fun of his name (where the eff is the ‘k’??) and of his being too nice. I told him I didn’t like to hold hands. He laughed off my sarcasm and kept grabbing my wrist. He stuck around until his goodness broke my brokenness.

We moved in together and his perfection plateaued. He did all the laundry. He cleaned the house. He cooked us dinner and washed the dishes and helped me with my taxes and baked me cakes and listened to me. We had a baby. He changed the diapers without me asking and got up in the night with me when I was breastfeeding (just to accompany me in awakeness) and researched car seats and hand washed bottles because I didn’t want them to have dishwasher residue.

He outdid my idea of a person. He’s still doing it.

Had I known there were men like him all along, would I have made the choices I had?

It’s been three and a half years. He hasn’t lost his sheen.

I realize now, that instead of entertaining my past and questioning why I would be granted something this good, I need to allow myself to enjoy it.

Yes, it sucks that I am the crap half of our duo — the one with a zillion angers, fears, and irrational behaviors. But the other half is solid enough for the both of us. He is so damn grand that not even the pile of shit I bring to the table can tarnish him.

It’s even getting less annoying — his ridiculous, unbearable perfection.

What If I Was Never 'Fat?'
Kelly Green