When You Suffer On Social Media 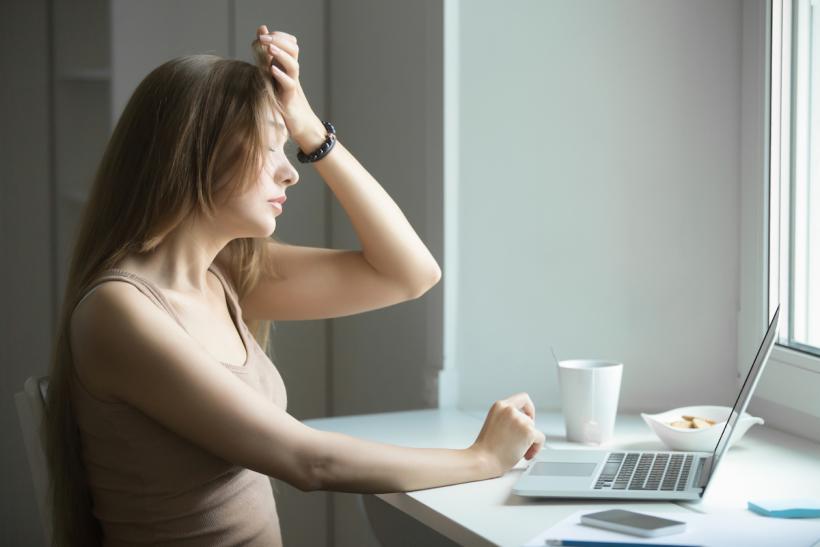 I’ve mastered the art of the post-dated social media depression update. I’m fantastic at telling people that I’ve recently been through a hard time but I’m on the up-and-up, and hey, there’s hope in everything.

What I’m not so good at yet (yet) is posting simultaneously with my pain. But I’m trying to get better at that.

Why is this even something I want to get better at, you ask? Let me tell you the many, many reasons why.

I believe in radical vulnerability.

I believe in openness and transparency as the only way to live life. I believe that when we are honest about our struggles, it helps not only us but also others. Part of this is faith-based, as I believe that the best way to showcase God’s presence in my life is to be radically transparent about everything. And part of it is simply rational.

I know that reading about other people’s struggles, fears, depression, has helped me in my own life. It reminds me that I’m not alone, that others have walked this path, that there can be a light at the end. And I know, from the messages I receive on my blog or my social media posts, that my own openness has helped others — helped them reach out for help, helped them know they aren’t in this on their own.

There’s something about seeing someone else confess that they need help that inspires us to do the same. It’s like, suddenly we realize we’re not isolated; we’re all in this together. And if she can ask for help and receive, well, maybe I can, too.

People love to hate on social media for any number of reasons, but I find it valuable because it broadens my network. I have some really amazing friends that I can always count on to pick up the phone when I’m in a crisis.

But like I said, I’ve been so much better at sharing things after they happen. Hey, guys, yesterday was really rough, I’ll post on Facebook. I’m feeling better now, but man. Times have been hard.

And supportive messages will flood in, from people reminding me that it's OK for me to tell them what’s going on, and also offering much-needed messages of hope.

Which made me think — what if I were to post at the moment?

What if radical vulnerability became even more radical, and I shared posts as things were happening?

Would that make situations better, in one way or another?

Around mid-April, I began to spiral. I had a conversation with my boss that left me suicidal and grasping at straws, trying to find hope in any way, shape, or form. The suicidal feelings passed with help from my coworkers, but the depressive episode that was triggered lingered. A few days later, I posted on Facebook, asking for prayers and messages of encouragement.

And the comments flooded in. I decided in that post to humble myself and specifically ask people to give me reasons to love myself. I say humble because, yes, I was actively fishing for compliments. But it’s a hard thing to do, to let others know you don’t see the light in yourself. It’s humiliating on some level.

But people, they showed up. They came through. They sent messages, left comments, wrote texts and pasted links to happy videos. They reminded me why I’m alive; they reminded me that things are OK.

And when, two days later, the episode worsened again with another suicidal flash, I was able to reach out to friends who already knew times were tough, who were willing and happy to help.

It showed me so many things.

It made me realize that, guess what, my therapist was right all along when she told me it’s easier to ask for help if you sort of gradually bring people on the journey with you. It’s easier to say how bad things are if they’ve been around for your slow descent into sorrow.

It also showed me that people are there, waiting, willing to help. And that social media is a great tool. So many people that I wouldn’t have dreamed of reaching out to were there, ready to jump in and offer something to cling to — which is wild.

People love to hate on social media for any number of reasons, but I find it valuable because it broadens my network. I have some really amazing friends that I can always count on to pick up the phone when I’m in a crisis. But I feel bad relying on them so much, so in moments like that Tuesday, when what I really needed was a nudge, I turned to the broader network, and people responded.

Which leads to this: people, they want to help you.

They want to love you. I believe, wholeheartedly, that we humans are blessed with an exorbitant amount of love to give. And we spend so much time not sure where to pour it out, afraid to be mocked for it — if we just give people the opportunity to love us, it’s rare that they will disappoint.

Another reason I chose to live this depressive episode out publicly: when things got really bad, when, two days after the original post, I was suicidal and running breakneck from home in order to be far from any potential weapons, when I found myself needing a place to stay to save me from having to go to a hospital, when I reached out to my friends — they took it in stride. They knew things were rough and it wasn’t a total shock to their system that I showed up, sobbing, at their workplace, or begged to stay at their home for four nights.

I kept people updated throughout the weekend, with a blog post and Facebook posts chronicling the journey. So when, a few days later, I mentioned that I was feeling better, everyone rejoiced with me.

Life is better in community, guys.

Social media is a great place to share our accomplishments, but it’s an equally valuable place to share our struggles. There’s so much chatter about how social media hurts us because we get jealous of the beautiful lives we see people living. So why not just be honest about the fact that, hey, sometimes life is ugly. You never know to whom you’re going to offer hope with your story. Someone you haven’t spoken to in years might read your post and feel comfort. They might never tell you, but just there, you did it; you changed a life.

You changed the world for one person, and that…that means everything.

If you like this article, please share it! Your clicks keep us alive!
Tags
social media
suicidal ideation
suicidal
suicidal thoughts
Depression
reaching out