Why Being Guarded In A Relationship Is Actually A Good Thing 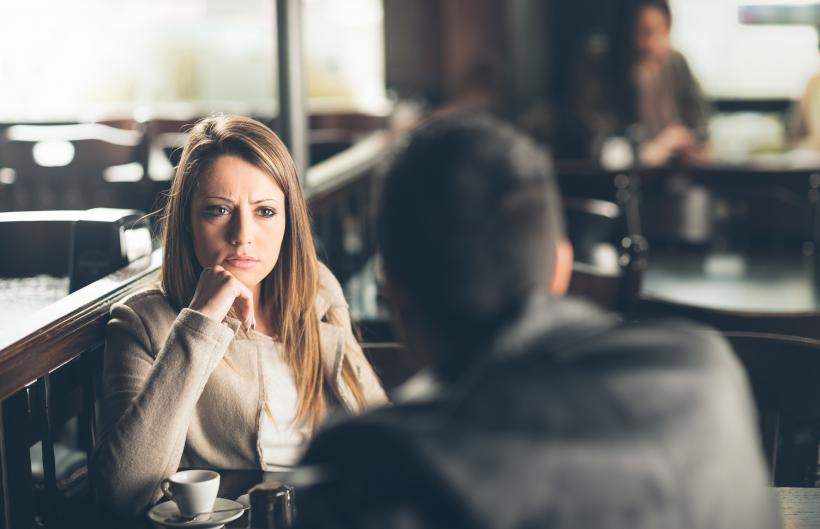 "You’re a worthy challenge and you know that. You set the stakes high, bolt the gate, and wait for the person who is up to the task."

I have to say, I’m pretty sick of everyone saying we should just let the love in, like we live in a fairytale land. What good does that possibly do? What service are you doing yourself?

Anyone saying that has never had their heart broken. I’m in a long-term relationship. It did not come easily. I am guarded AF. I am a prickly pear. I’m hard to deal with and super complicated.

He waited four months for me to agree to be exclusive. He knew that any petty, non-committal, emotionally unavailable bullshit was not going to fly with me. I’ve been with a lot of dickwads in the past. I was not about to settle for some new POS who was willing to work for it. Almost three years later, and I stand by my choice to stop letting people screw me over.

I’m with my partner because he wanted to be with me, wanted to be what I needed, and worked hard to show me that. I wouldn’t be with a lesser man.

There is no shame in being guarded. There is nothing wrong with it. You do not have to work tirelessly in therapy to break down your natural inclination towards self-preservation in order to find a romantic partner.

That’s horrible advice. You should own your strength. Stop letting people tell you it’s a cop-out for being scared. You’re not scared, you’re a realist. You’re a person who just gets it.

Being guarded in a relationship is actually a good thing. Here is why.

Because you shouldn’t just let anyone in.

I know many will say this kind of advice makes me sound like the ultimate jaded asshole, but I don’t really care. Opening yourself up right away is a bad idea. Not doing so is what protects you from a lot of messed up crap. People with baggage are the best partners. We’re the ones who stick by someone until the end. We know how hard it was to get there in the first place.

Am I saying you should never allow yourself to be emotionally vulnerable and let someone in? Of course not. That would end up wrecking you in the end. We all deserve love and to be loved.

What I am saying is that you shouldn’t let just anyone in. You have to be guarded. It’s just necessary. Love gurus everywhere will tell you to take a shot at love, to open up, and let someone in, but that’s bullshit. It’s a one way ticket to winding up married to some fool who sucks.

Because the one worth letting in will fight for the chance.

A person you should open to, one who actually deserves your love, is one who will fight to break the walls down. What else could possibly be good enough to last a lifetime? Being guarded weeds out the weak. No one who walks away because you’re hard to crack is worth your time.

This has nothing to do with playing hard to get, games, or being coy. It’s not some sham behavior you use as an excuse to shut people out. It’s about protecting yourself. A person who belongs in your life will stay outside the walls until you’re ready to open the gate. Don’t sell yourself short by letting any asshole into your heart.

You have been burned and won’t let it happen again. This shows an attuned sense of self-awareness. People will say you’re shutting people out, but you’re not. You’re shutting the WRONG people out.

You’re a badass with zero time for nonsense. It’s commendable. No matter what the haters say.

You’re a worthy challenge and you know that. You set the stakes high, bolt the gate, and wait for the person who is up to the task. You are worth it and you know it. You’re not looking for just anything. You're looking for the thing that makes being open WORTH it to YOU.

Because you clearly understand how life works.

If you’re guarded, you’re not just damaged or broken or intense. You understand that people are not to be trusted without earning it. You get that for the most part, people are kind of terrible. You can call me a downer all you want. You can say that I have a bleak view of humanity.

I say that you just don’t get it. If you think that people should be automatically given the benefit of the doubt, you probably haven’t been through enough shit to have a clear view of the world. The world is a tough place. It’s cruel.

A guarded person has been through enough bull to stop putting up with it. If someone manages to get inside and open you up, you know they are the one worth softening for.