Bill Cosby Was A Father Figure—How Do I Reconcile This With His Rape Conviction? 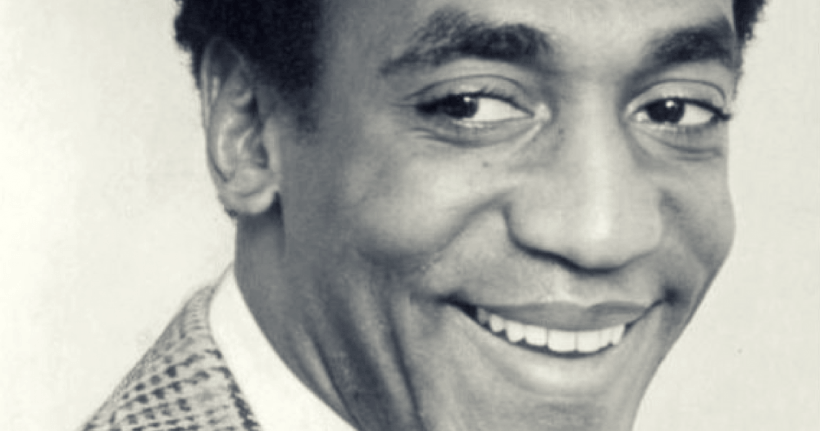 Update on this bullcrap:  A jury has found Mr. Cosby guilty on three counts of assaulting Andrea Constand.

When I first wrote this article (um three-and-a-half YEARS AGO) it was "allegation" and "conjecture," today it's become a very real, convicted offense.

Cosby is a convicted rapist.

He can't hide from the truth that he is everything awful we thought he was — and probably a lot more. The three charges against Cosby — aggravated indecent assault — are punishable by up to ten years each. Which mean Cosby could spend up to 30 years behind bars. However, since the three convicted assaults occured at the same time, it's likey that his (very high paid) attornies will argue that the sentences shoud be combined. Sadly, he's more likely to spend something like 10 years locked in a cell. Which is better than nothing but not enough.

Either way, at age 80, it is likely he'll die in prison which just fine by me.

I do the majority of my writing when the lights are out and the house is silent. That's when the neurons connect and the words flow. My brain seizes the silence as an opportunity to finish all the thoughts I start, and which are ultimately interrupted by some other, more pressing motherly task. I'll either jot some stuff down on my phone, or hope the inspiration stays with me until morning.

And so it went last night, as I was lying in bed thinking about having lunch with my dad today. My dad wants to talk—about my writing, which he is reading, and presumably about some aspects of my life that he hasn't previously been privy to.

This swirling vortex of thought made me think of Bill Cosby, and how he is the conversation the entire universe is having right now.

I was born in 1974, which for me means that The Cosby Show and Family Ties were the anthems of my childhood. Much of my formative years weren't great, and though I didn't watch a lot of television, when I did, I absolutely projected all my disappointment and desires onto the families whose lives I watched unfold. Alex Keaton was my older brother. Vanessa Huxtable was my sister. Claire was my mom. And Heathcliff, played by Cosby at his most affable, was my adoring, funny, supportive dad.

Cosby is now, of course, facing a laundry list of accusations, which include, but are not limited to, molestation and rape—charges that have resulted in a new lawsuit.

Excuse me while I have an existential crisis.

Mr. Cosby was the first stand-up act I can remember. I had the comedy show Himself on vinyl, and that plus Steve Martin's Let's Get Small I played until the grooves were worn thin, and their voices went from clear to crackled with the scratches of use and the poor handling of my young self. When the first of the allegations against Bill were exposed, I told myself, "This is a fluke." But as they continue to trickle in, escalating from a mountain stream to a raging river, my personal, visceral disappointment has become more palpable.

Maybe. But projection is real. My dad moved away when I was 8ish, and while we've since improved our relationship, I didn't see a whole lot of him for many years. During that time, I sobbed my way though Barry Manilow's Somewhere Down the Road with a special sort of melodrama that I've since learned may actually be exclusive to me. I watched The Cosby Show, every single episode, every week, for the entire eight years the show aired. At its onset in 1984 I was just 10, and Thursday nights were religious for me. The Church of NBC included Cosby, followed by the Keaton family and Cheers. And when mass was over at 9:30 pm, I went to bed.

As a child who knew what the inside of a bar looked like, I gravitated toward these happy, normal families, becoming Cliff's daughter, Alex's sister. I graduated high school just a few weeks after the last episode of The Cosby Show aired. It felt like two chapters of my life closing.

No, Bill Cosby isn't my dad. But I've had to reconcile the allegations against him with my connection to him as an influential father figure; someone I trusted when I was young and particularly vulnerable. As a young woman who was once taken advantage of by an older man, I know the shame, embarrassment and pain Cosby's accusers are describing. In talking with my own teenage daughter, I hate that I have to acknowledge that someone who was a hero of my childhood appears, quite plausibly, to be the kind of man who would inflict that suffering onto me, or onto her.

Do I take things too personally?

The election of 1992 was the first I voted in. I was at my polling place when it opened. I voted democrat, like any self-respecting college student would. So when Bill Clinton won the presidency, it was a victory for him, the democratic party (now relieved of the second Bush), and newly 18-year-old registered-voter me. When Monicagate surfaced in 1998, the devastation was tangible. The little voice in my head was screaming at the president: "Couldn't you have just smoked that cigar?"

Monica Lewinsky was my age, which meant I related to her in a very young and impressionable way. At the same time, my dismay at being betrayed by My President was deep. It's true that what Bill and Monica did behind the closed doors of the Oval Office didn't make him any less—or more—of a president. And it certainly didn't discount my vote—I mean really, how much oral sex happens in the Oval Office that we don't know about?

But being let down by a person I revered was nonetheless emotional. Maybe that reverence was misplaced, but it was reverence all the same. And there was rage. Visceral rage. Can even the leader of the free world not keep it in his pants? As a woman, and a young woman at that, I couldn't help but feel like the president on some level embodied every man I'd ever know.

Bill Clinton was my president as much as Bill Cosby was my dad, and my disillusionment now is as real as it was in 1998 (though I acknowledge these men's transgressions are very different). As each allegation comes forth about Mr. Cosby, I feel a pang of hopeful denial, combined with the sadness of a child being let down by someone she idolized.

It makes me think I'd better go have that lunch with my actual dad. Then I'll pull out the scratched Steve Martin record; his image, thankfully, is still intact.