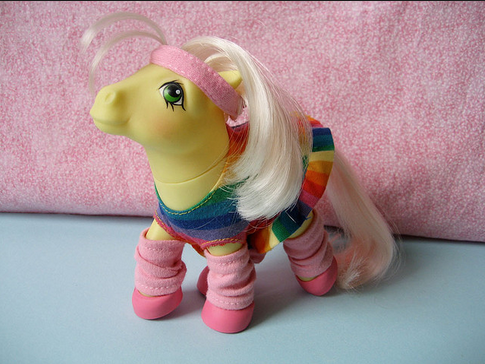 “Do you ever get tired of stallions?” asked Celestia, flopping down next to her Luna on the chaise lounge. “I mean, do you ever feel like this palace is practically seething with testosterone-fuelled rivalry? Sometimes I'm just so over it.”

“It's bad enough being a princess, with all the gender garbage that goes along with that” Celestia whinnied, nuzzling her sister's flank. “It's even worse being a princess with pastel hair and a sparkling horn. No one takes me seriously; even the guards call me little filly instead of your highness. It's mortifying.”

“But what if there were no stallions,” Luna said finally, her eyes glittering dangerously.

“What you mean?” asked Celestia, her head jerking up.

“I mean exactly what I said. What if there were no more stallions. No stallions talking over us, no one to jump in and say well actually. No stallions taking up space, trying to make everything about them. Just mares—smart, capable mares doing everything for themselves.”

Celestia laughed cautiously, examining her sister's face for signs of humour; she had to be joking, but you could just never tell with Luna. Her mood was a moving target, which meant that you had to guess which direction it was headed before you reacted – and if you guessed wrong, she had an unfortunate tendency to kick and scream like an unbroken colt.

“Why?” asked Luna. “Are you worried we'd be too weak or stupid or incompetent to run our own kingdom?”

The younger princess hopped down and trotted over to the window. Using her nose to nudge the curtain open, she looked down at the town below and the fields beyond.

“We don't do anything here anyway—the only job we have is to look pretty and be gracious to visiting dignitaries that Daddy wants to impress. On rare occasions we get to break out the lyre or recite some scraps of crappy heteronormative love poetry. But that's it. And don't say you don't want more. All you ever want is more.”

“So,” said Celestia, “it would be just you and me in our own kingdom? I mean, we'd be two princesses with no subjects. What's the point of that?”

Luna rolled her eyes and pawed at the ground in exasperation.

“Of course you would need a proletariat underclass in order to maintain your hierarchical princess status,” she snorted. “Hey, there's a philosophical question for you—is it still an oligarchy if the ruling class has no underlings?”

Luna watched Celestia shift uncomfortably on the chaise lounge, then turned back to the window.

“Anyway,” she said, her voice softening. “It's a moot point. There are plenty of mares who would be willing to come with us. Enough, I'm sure, to keep your ladyship's fragile self esteem up.”

“You mean those radical marenists, don't you?” Celestia said slowly. “The ones Daddy banished from the kingdom two years ago.”

Luna smiled hard and bright; it was the kind of smile that forecast trouble.

“They prefer to be called feminequines and they've since gone underground. But don't worry, I know where to find them.”

“You know what our future here looks like, right?” the younger princess continued. “We'll be sold off to whatever high-rolling stallion can offer Daddy the best alliances. We'll wind up becoming the breeding mares of some pair of witless brutes who care more about advancing their social standing than anything else. We'll have to produce heirs, and then we'll be stuck taking care of them. None of the glory, all of the squalling, stinking foals. I don't want that, and I know you don't want that either.”

Luna advanced on her sister, ducking her head to force eye contact when Celestia tried to look away.

“Remember a few weeks ago, when you told me that you couldn't stand the idea of a stallion mounting you, his sweaty belly rubbing up against your back, his huge, meaty tongue licking his ears, his bloated dick in your —”

“Yes, I remember,” said Celestia quickly. “I remember what I said.”

“Well, imagine a land where that's literally impossible because there are no stallions. A feminequist-separatist mare-triarchy.”

“I ... could we actually do that?” asked Celestia wonderingly.

“I've already found the necessary spells and started gathering the materials we would need to create a new land from scratch. Long story short: Yes. We could actually do this.”

“Can we populate a land with just us and a hoof-full of radicals? What happens when we start to die off? I mean, we kind of need stallions to make foals.”

Luna started pacing across the room, equal parts relieved and eager to finally be able to tell her sister about all the foundations she'd spent the last months laying. Her words spilled out in a jumble, coming so quickly that Celestia had to strain in order to keep up.

“There are about fifty of the feminequists of varying talent and ability interested in coming. I've already started drafting a list of mares we should try to recruit— doctors, architects, city planners, biologists, and so on—every type of pony we'll need in order to build a new world. Reproduction will easy; there are spells for breeding foals in labs.

The most challenging thing will be social structure. The unicorns will have to learn to check their horn privilege, and I suspect the pegasi will need more than a few reminders to take a damn seat and let the earth ponies have their say. I've already come up with a few ground rules on my own—for example, anyone who identifies as a mare, whether they're trans mares or filly-assigned at birth, will be welcome. Consequently, transpony-exclusive radical feminequists will be denied entry to the mare-triarchy—which, honestly, isn't exactly a big loss to us since they're mostly obnoxious old dinosaurs who haven't evolved past second-wave feminequinism. Oh, and our royal line should be a meritocracy—mares should become princesses based on their actions and service, not because of who they're related to.”

Luna took a deep breath and turned to look at her sister, trying to gauge her reaction.

“So, what are we going to call it?” asked Celestia finally. “The new world, I mean.”

“That's kind of a mouthful, Luna. How about just Equestria?”

It's not really that hard making a new land, as it turns out. One thing Luna hadn't considered was that the act of creation itself would confer deity status on both her and Celestia, which resolved any pesky questions about their mortality. As predicted, the physical building of the new world wasn't all that challenging, especially since magic was involved; the social aspects were another story. However, after a few generations of hard dialogue—most of which involved the unpacking of privilege and the creation of safe spaces—equality began to slowly take shape.

After a century or so of working perfectly, the foaling magic went wonky. This wasn't entirely unexpected; magic does that sometimes. Celestia had set it up so that the only foals born would be fillies, but suddenly a colt or two started appearing in every group. There was a half-hearted town hall debate about what to do with these colts, but really, everyone knew that the right answer was to keep them. It wasn't as if Equestria was stallion-free at that point anyway; after all, not everypony who's filly-assigned at birth is a mare. Trans stallions we becoming more common every year.

“It's probably better this way,” Luna said to her sister. “I mean, we wanted to be inclusive to trans mares, but it's kind of impossible to have any trans mares if you don't have any foals who are colt-assigned at birth. As for the cis stallions—well, I just hope the ones here turn out better than the ones in our old world.”

“Maybe,” Celestia suggested gently, “even the cis stallions can be feminequists, especially if they're being raised by feminequists.”

Celestia's prediction came true. Although the presence of cis stallions did have an impact on Equestria's cultural structure—not to mention the fact that after their arrival, foaling magic fell deeply out of fashion—the mare-triarchal underpinnings of their society stayed firmly in place. Under the guidance of the two princess-goddesses, Equestria was and is to this day a place where stallions and mares enjoy equal privileges and rights.

After all, true equality is what feminequinism is all about.