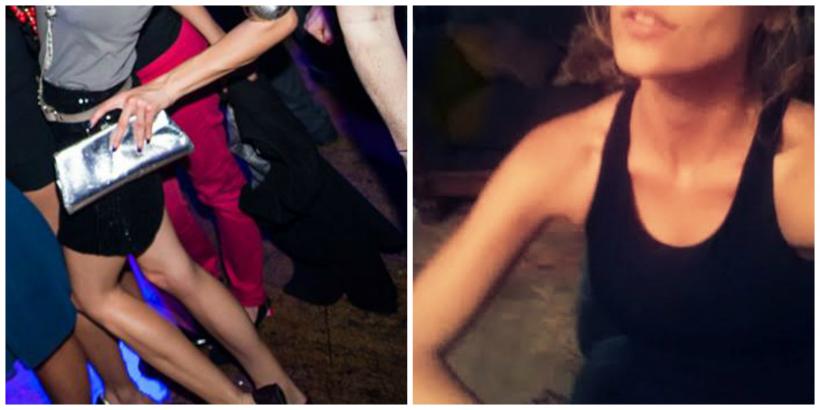 It's no secret that our nation doesn't handle mental health well—and stigmas attached to mental illnesses often lead to discrimination and inadequate insurance coverage. Even worse? Those affected frequently won't seek treatment because they fear being associated with the disease. As an anorectic (the term for those suffering from anorexia), I've confronted many stigmas that, for far too long, prevented me from admitting my problem. To be fair, anorexia stigmas are not as offensive as some (example: Many think that schizophrenics are dangerous and crazy, but this is not necessarily true), but the effect can be deadly. Anorectics have the highest mortality rate of all mental illnesses, so my own hesitation to admit I was anorexic could have caused my death. Literally.

Here are some of the most damaging stigmas I came across—and why they're very wrong.

When I typed "anorectics are" into Google, the first adjective that popped up was "stupid." No. Refusing to wear white after Labor Day is stupid. Passionately hating Anne Hathaway is stupid. Suffering from a mental illness? Not stupid.

Why this is wrong: In actuality, anorectics are more intelligent (generally) than those who aren't anorexic. Take that, perpetuators of unfair stigmas! When tested, anorectics scored a whopping 10.8 units above the average score of non-disordered folks in the National Adult Reading Test. Not only that, but those who overcome anorexia score even higher than current sufferers on intelligence tests. Studies also reveal that kids with high intelligence and a good memory are at higher risk for developing anorexia later (if they haven't developed it already—we'll get to that later). 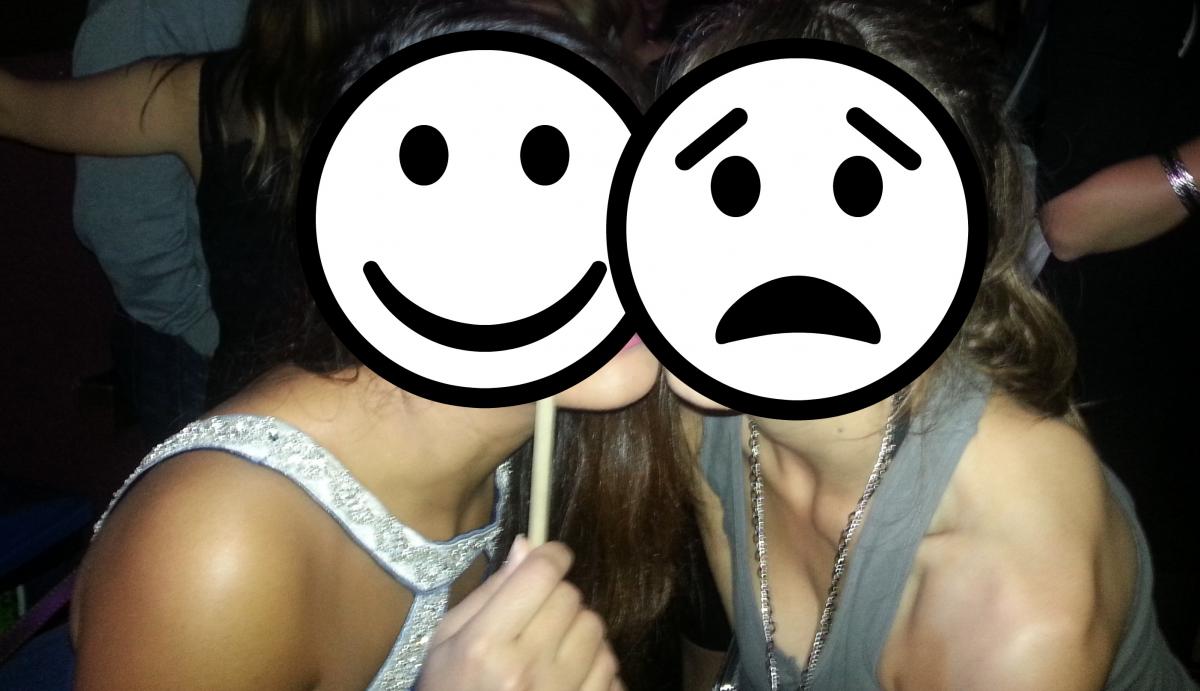 Why this is damaging: I take pride in intelligence, as do many others who suffer from anorexia. When I hear "anorectics are dumb," I don't want to associate with the mental illness. This ties in to yet another false stigma, that . . .

2. We Choose To Be Anorexic

I had a friend—a very bright woman, by the way—say to me, "But you're so pretty! I don't understand why you did this to yourself!" Baffled friends demand that I "just eat!" My anorexia caused screaming matches between my ex-boyfriend *Charles and me; Charles thought I was deliberately trying to punish him with my illness. (Silly, Charles. If I wanted to "punish" him, I'd sleep with his best friend.)

Seriously, though: The notion that anorectics choose this mental illness is ridiculous. Do you really think I wanted to have my hair fall out? To make my family cry? To faint and feel freezing cold 24/7? Or to be outpaced by old men in (ugly) jogging suits? Hell no. And yet, this seems to be the prevailing theory.

Why this is wrong: The fact is, people are genetically pre-disposed to become anorexic. Environmental factors (such as advertisements or cruelty from peers) can awaken this beast, but the inclination needs to be already present.

The earliest I remember engaging in anorexic behaviors was age seven; I threw away my peanut butter and jelly sandwich at lunch multiple times a week so my ribs would stick out. Later, at my worst, in one day I'd eat: one egg, kale and a handful of almonds. (Don't worry! If I ran at least four miles that day, I'd have a banana. I liked to treat myself.)

It didn't start this way. Initially, I ate normally. But then, I slowly cut things out of every meal. What began as a two-egg scramble with kale, mushrooms, cheese and toast gradually became a single egg on a pile of kale. I honestly didn't notice I was losing weight. My clothes are loose? Stupid elastic must be giving out. My hair is falling out by the handful? I must switch shampoos. My rationalization skills were top notch.

My point is, anorexia was never something I consciously chose; it just slowly consumed my life.

Why this is damaging: Believing that someone chooses to be affected by a mental illness undermines how difficult they are to combat and manage. Sometimes I say that my anorexia humbles me, for it reminds me that my conscious self isn't as powerful as I like to believe.

Last winter, my best friend confronted me about my hesitance to seek help. Truthfully? I was a stage five clinger to sexy man named "Denial." My friend sent me a stream of cruel, undermining texts complaining how "hard" my anorexia was for her. "How do you think I feel??" she demanded. I told her she owed me an apology, but—instead—she called and accused me of "being mean" and "attacking" her for stating her opinion. Upon seeking help (later), a therapist informed me that my friend was incredibly out of line. 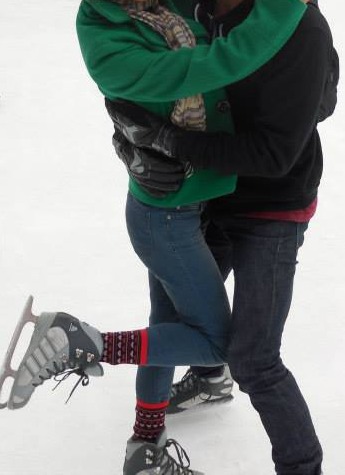 Me losing five pounds is making you sad? I'm selfish for making you worry? Well, take a glimpse into the hell that is my brain right now, and feel grateful that you're simply "worried." Here's the thing: My friend wasn't trying to be mean; she was worried and trying to appeal to me.

Why this is wrong: In her studies, eating disorder researcher Peggy Claude Pierre found that most anorectics actually cared too much. They sobbed over tragic events that happened across the globe, and feared for the well-being of their loved ones constantly. Pierre's research claims that many anorectics don't feel worthy of anything, including food, and that weight loss was a symptom of this larger issue. Though Pierre's work faced controversy, I see elements of her theory play out in my own life. I actually went broke when living at home (as a teen) because I donated most of my money to various humanitarian foundations.

Here's a rationalization my brain would make: Don't spend $40 on groceries. Spend $20, and donate the rest to [whatever nation had just suffered a catastrophe]. They need it more than you. You can survive off your (imaginary) arm fat.

Why This is damaging: Let's repeat: Anorexia is a mental illness. We cannot control mental illnesses. Since anorectics are sensitive, calling one "selfish" may be just the push they need to take a turn for the worst. Given that this is the deadliest psychiatric disease, I assure you: This is a bad idea.

Most pop culture references bestow eating disorders on characters seeking attention. Meg, the outcast daughter from Family Guy, has a flirtation with bulimia. Gossip Girl's Queen Bee, Blair, openly binges and purges—most notably, following a scene where she seeks attention from her mother. Prima ballerina Nina, desperate for the spotlight in Black Swan, is portrayed as anorexic (along with other mental issues, clearly).

Just as I was crawling out of my worst anorexic phase, I began noticing that I attracted a plethora of stares on the street. But instead of feeling validated, I felt like a zoo animal being ogled by tourists.

There are many ways to get attention. I could strip down to my undies and run through an urban area screaming "APOCALYPSE!!" I could shave my head. Get a giant tattoo. But, cut calories out of my life until I physically can't walk up a flight of stairs without stopping to breathe? That's just impractical.

Why this is wrong: Anorectics do not stop eating to become gawked at. In fact, many anorectics claim they want to "disappear." At my worst, I felt this way often. When strangers would talk to me, being noticed annoyed me. I was envious of bigger folks for feeling so confident in their bodies; they were cool people, and, thus, deserved to take up space and attract attention.

Me? Oh, you know, just this invisible girl trying to melt quietly into the wall. Please just let me cuddle my bony body in peace. Even so, the attention that we gather isn't positive. A friend tried to give me a shoulder rub, and recoiled in visible horror. "You . . ." he started, awkwardly, "I, just, I, um, your bones?" He tried so hard to avoid offending me, but disguising such a visceral reaction is difficult.

Why this is damaging: This idea trivializes anorexia. The problem is deeply rooted and difficult to tackle. If you think that showering your anorexic friend with attention will help her, you're doing a disservice.

5. We Fit Only One Category

I confessed my disordered thoughts to a man I dated, *Adam. Upon telling Adam, he told me that his sisters had suffered from eating disorders as well. Adam was especially bothered by his father's reaction, which was: "If they have eating disorders, why aren't they thin? I don't get it." Face palm.

Months later, I (drunkenly) confessed my secret to a close guy friend. His response? "I get it. I've been there, believe it or not. I felt like a fatass, and I was desperate to change." The more I talk about my problems, the more I am exposed to unlikely members of this secret club.

Me wanting to have pokey ribs at age seven? Anorexia. My ex-boyfriend *Dan obsessively watching his caloric intake and working out profusely? Anorexia. When you see a curvy woman bragging about losing 75 pounds in six months, don't let her pant size fool you. Anorexia is everywhere.

Why this is damaging: Anorectics need help. If we assume that all of them only fit in a certain category, we are ignoring people who may be nearing the end of their lives.

Don't perpetuate these stigmas. They can prevent a person from getting much-needed help. When I see the media treat struggling celebs—like Britney Spears in 2007, and Amanda Bynes today—I lose faith in our ability to address mental illness with the understanding and sensitivity it demands.

On the surface, I may appear normal. I don't bash cars with umbrellas, for instance. But inside, I'm battling demons, like so many others do, too. If everyone knew, would I still have friends? Would my employers consider me hazardous? Would mothers keep their daughters away from me, for fear I set a "bad example?"

If we can accept that we're all messed up, we can help those who are suffering the most.