How Two Teenage Girls Escaped From The Nazis During WWII 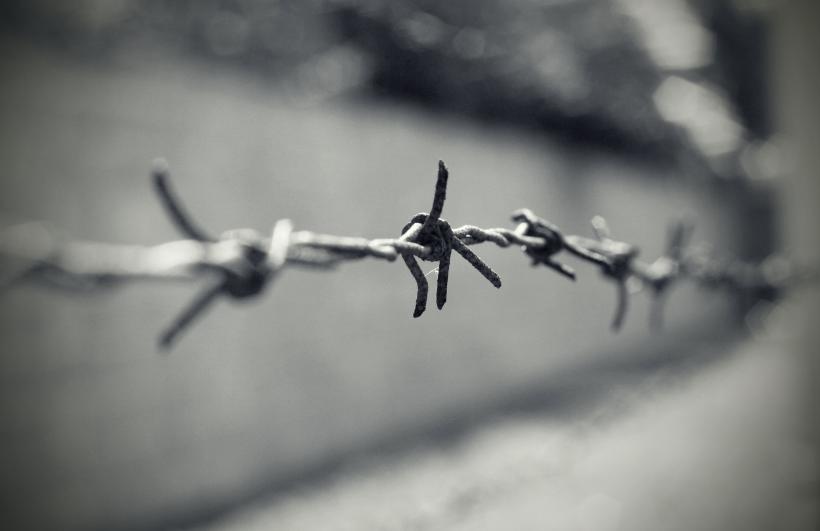 Even though I was drowning in blood, I realized that I was still alive.

In 1993, my landladies asked if I would help them write their oral histories describing their experiences during World War II. They were attempting to receive retribution from the German government for their suffering, and the crude Xeroxed form baffled them. Their friend Sonia, who now lived in Sydney, had received compensation, so they figured it was worth a try. Of course I agreed to lend them a hand.

Then in their mid-60s, Mindel and Maria were young teenagers when the horrors occurred—but they remembered the tiniest details with crystal-clear intensity. To Maria, it was important to remember people's names. To Mindel, it was dates and places.

Maria became furious when I read her the part on the "New German Restitution Application Form" which stated: "Please attach copies of photos, certificates, Affidavits or Statutory Declarations which give support to your application."

"We were running from the Nazis!" Maria exclaimed, exasperated. "Do they think we had time to stand around and take pictures of each other?"

Mindel and Maria's survival stories are both very different. Mindel's family was fortunate; they managed to flee, but with the Germans at their heels every step of the way. Rovno (now known as Rivne), Maria's hometown, fell to German troops on June 28, 1941. About 25,000 Jews lived in Rovno at the time. There were two mass murders: one in November 1941, taking the lives of approximately 23,000, and the other, wiping out the rest less than one year later. In the summer of 1942, 5,166 Jews from Rovno were transported to the Kostopol Forest and massacred, Maria's family among them.

Maria and Mindel met many years later in New York, where both had emigrated with their husbands and their children. I was never sure if their paths had crossed before then, possibly in Rovno after the War. But regardless of where they met, the women became fast friends. Both couples eventually purchased a sturdy brick home together in the Gravesend section of Brooklyn. I was their tenant for a decade. After moving away 20 years ago, I don't know if either woman is still alive or if they ever received the restitution they sought.

I came across the faded papers in my files recently and was struck by Mindel and Maria's candor, their bravery, and their survival instinct, even as teens. I believe it speaks to the strength of women everywhere. This is the transcript of their statements:

On June 22, 1941, World War II began. I was thirteen years-old. My parents, my sister Genia, and I were living in the city of Stalindorf, in the state of Dnepropetrovsk in the Ukraine. Jewish people escaping from Poland came to our city. They were hungry and frightened and told us that the Germans were killing all of the Jews in Poland. At first, we didn't believe them. Then we learned that what they were saying was true.

We were afraid that the fascists would kill us when they invaded our country so my family decided to run away from our hometown and flee to the east.

In the middle of August 1941, we packed a few belongings onto a horse-drawn wagon and left because the Germans had begun bombing nearby cities. When we crossed the bridge on the River Dnepr, the Germans were already bombing and I saw many people killed. Thank G-d my family and I survived.

We traveled 20 days, until we reached the state of Rostov in Russia. There, my father became very ill. We stayed on a kolkhoz (a type of collective farm) until the Germans came closer. Next, we took a cattle train to Stalingrad, near the Volga River. There was a panic to leave the city. Everyone was trying to cross the river to escape. We were lucky enough to get on a barge and cross the Volga.

On the other side of the river, we took a train to the Middle East. We traveled five weeks before we arrived in Uzbekistan, in the village of Kattakurgan near the city of Samarkand, by the River Syr Darya.

I couldn't even go to school because I had to work in the fields picking cotton. My father was taken away to a work camp. My mother, sister and I were very lonely, frightened, and sick. No one helped us. We had typhus and malaria. Our bodies were swollen from hunger. It was a miracle that we survived living in this way until 1944.

While picking cotton, I met a nice boy named Sam. He had escaped the Nazis by bicycle and on foot, sometimes eating dirt to survive. Almost everyone else in his family had been murdered.

At that time, the Germans knew they had lost the war and finally left the Ukraine. Then, my mother, Genia, and I returned to a small village near our hometown. We all worked hard in a kolkhoz until 1945, when my father returned from the work camp. Then we all moved to the city of Krivoy Rog.

On January 23, 1947, I married Sam. I was nineteen years old. My entire family moved with us to his hometown of Kostopol in the state of Rovno. On March 2, my daughter Fanya was born. In 1952, my second daughter Judy was born. We lived in Kostopol until January of 1957, when we moved from Russia to Poland. We only stayed in Warsaw for five weeks. On May 2, 1957, we arrived in Israel were we lived in Holon for six years. On June 10, 1963, we came to the United States and took residence in Brooklyn. On June 17, 1969, my husband Sam and I became citizens of the United States.

Our part of the Ukraine, Rovno—Kostopol Stepan—was occupied by the Germans in August of 1941. After about a month, they took our houses and possessions away from us and put us in a ghetto. They kept us in Ghetto Stepan for about 13 months.

When we came back to the ghetto in the evening after a day of hard labor, you could smell the fear in the air. Everyone knew they were going to be killed. One day, the people became wild and started to run. The Nazis started shooting and many were murdered. One of my best teachers was killed in the uprising. Her name was Mrs. Feferberg.

My parents and I hid on the attic roof. The Gestapo beat us when they found us. Then they put us on a carriage and took us 40 miles away to the graves. The road on the way was full of wounded people.

When we arrived at the graves they were already filled with the dead and the wounded. There were rivers of blood flowing. There were two, four, five thousand people in one grave.

The Gestapo made us stand close to the edge of the grave and started shooting. My parents, sisters, brother-in-law and two nephews were killed instantly. I fell into the grave with a bullet in my left arm. Even though I was drowning in blood, I realized that I was still alive.

Maria went on to describe to me how she crawled out of the mass grave and hid in the Kostopol (Korcheiwlie) Forest near Wolyn (Wolosky) with several other girls for 19 months, until March 1944. She never told me how she eventually made it to America.

At the end of Maria's original statement, she listed the names of family members who had perished in the forest. "I don't want them to be forgotten," she told me.

Perhaps it was too painful for Maria to write the boys' names, but she still remembered them and mourned their loss.