I Love You, Stop Texting Me 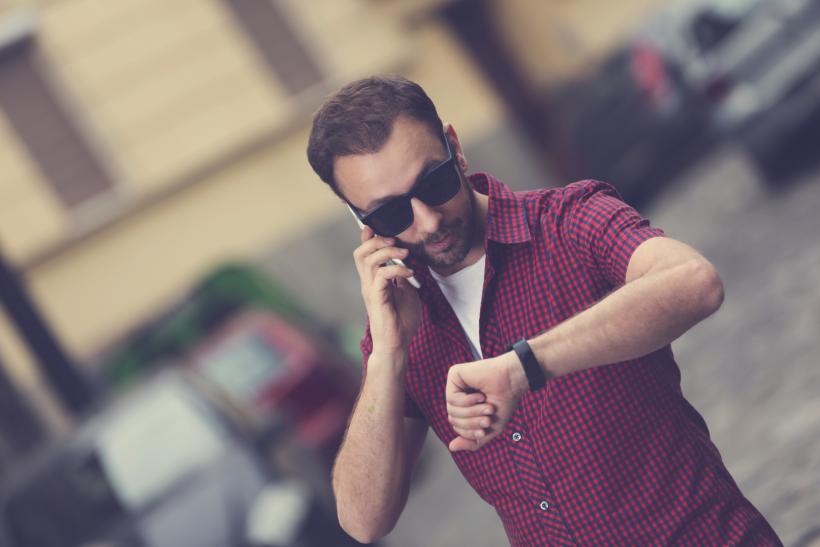 We’re adults. If I haven’t responded within half an hour, it’s probably because I’ve got something going on. Image: Thinkstock.

Being bad at texting back doesn’t mean that I don’t care — it just means I’m busy.

Millennials get a bad rap.

Older generations have a tendency to dismiss us as lazy and entitled, when in reality we're just trying to get by in a world that's become tougher to thrive in with time.

Developments in technology and social media have made communication more streamlined than ever before, and modernity has led to a safer environment for people to express their desires and feelings free of shame.

However, we're constantly referred to as the “worst generation ever.”

However, there's one aspect of social media and the modern age that worries me. I’m not concerned with the perceived “vanity” of taking selfies or people live-tweeting social events:

I’m worried about the idea that “dating” means “having a conversation 24/7.”

The notion that people who are dating need to have a string of text messages going all day, every day, is an idea that’s as dangerous to a healthy and growing romantic relationship as it is inconvenient and exhausting.

Now, I want to start this by saying that I’m not talking about long-distance relationships here. That’s an entirely different animal.

What I am referring to is that being preoccupied with other things or not feeling the need to respond to a message immediately is somehow seen as the equivalent of not caring for someone.

The reason for this, I believe, is because of a subconscious link between romantic love and codependence that’s instilled in us from a young age via pop culture.

Often this you complete me mentality is phased out of us as we age — usually around the time you realize that Ross from Friends is more of a creep than a misunderstood Nice Guy (Seriously. Watch it again. It’s on Netflix. It’s pretty fucked up.)

A romantic partner and a relationship aren't supposed to “complete” you. You are not half a person. You’re a whole individual with their own feelings and ideas, establishing a meaningful and mutually beneficial bond with another person.

In order to adequately do this, you need to live a rich and fully fleshed-out life independent of that other person.

I'll be the first to admit that I'm not someone you should necessarily take dating advice from. I've literally broken up with someone because they didn't ask before taking a strip of bacon off my plate at breakfast. (It was a breach of trust, all right?)

A relationship is a promise to provide compassion, affection and emotional support.

It is an agreement between one or more people to be the best versions of themselves each and every day, and to use their perspectives as an individual person to inspire the other(s) to do the same.

An important part of that is the time you have apart, so that you have more to bring the other at the end of the day. Being someone’s emotional support — no matter how much you care for them — is draining.

Everyone needs the space to be their own person without having to worry about feeling responsible for someone else’s happiness as well.

Also, to be perfectly frank, talking to someone all day every day is exhausting, and people have things to do in their own lives.

I’m sorry, I’m sure your love is pure and you’ve found your soulmate.

But if you were locked in a room with them with no other alternative but to have a constant conversation for the rest of your lives — you’re gonna get fucking bored.

I’m by no means here to tell people how to approach their relationships — I just don’t want people to feel pressured to fill silences with noise out of the fear their partners won’t think they care.

Checking in with someone you care for and finding out new things about them through off-handed tangents is such a wonderful thing, but after talking nonstop for eight months, a lot of it can get really old.

B: Oh nothing, just working.

B: Well, honey, darling, sweetheart, moon of my life, I’m still fucking working on the same shit I was 20 minutes ago.

Being bad at texting back doesn’t mean that I don’t care — it just means I’m busy.

We’re adults. If I haven’t responded within half an hour, it’s probably because I’ve got something going on. Or maybe the conversation at the moment just came to its natural close, and I can text you back when something interesting has actually happened.

I feel like this is a good time for that gif of Uma Thurman in Pulp Fiction.

In no way am I saying I don’t want communication. Communication is one of the most vital parts of a healthy relationship: I need to know that I can talk to you about anything free of judgment or shame.

However, there’s a big difference between talking and communicating.

One exists to relay messages, ideas, and feelings: the building blocks of being a person.

The other exists to fill time.

I’m by no means here to tell people how to approach their relationships — I just don’t want people to feel pressured to fill silences with noise out of the fear their partners won’t think they care.

When you enter into a relationship, you’ve picked someone to grow with, and they’ve picked you in that same way.

There is strength in your time apart, in going out on your own to face the world with the knowledge that the wisdom and experience you gain will be reflected in someone who means the most to you.

They get to do the same as well.

Go out and become the best version of you, so you can bring that home to them.