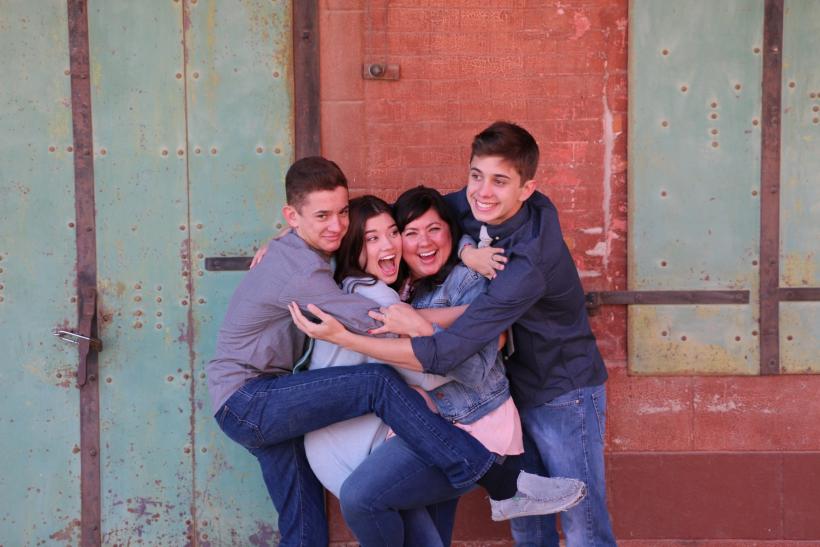 I just listened to my four and six year-old children (one boy, one girl) have a lengthy bathtime conversation about babies, growing up, monster trucks, Donald Trump, and vulvas.

I think the days of the combined bath may be short. Also, I think the election is even getting to them.

I have three sons and two daughters, and a lot of agony about what the future looks like for them. I worry about them all, but the worry I have for my girls, for their bodies, for their dignity, keeps me awake.

My boys will not be those boys.

I know it’s confusing when your kids are young and you think they don’t understand what’s going on around them. But I promise you, they are never too young to be told how to act (but maybe just avoid the word asshole).

I know it’s hard to get a word in edgewise when your boys are busy playing Xbox/Pokemon Go/with their wieners, but there is some point of the day when they are not currently touching (nor have they recently been touching) their wieners. That’s the time you grab them, and hold their Xbox controller hostage, while you make them super extra uncomfortable by talking about women/the female anatomy/sex.

1. Start with the men in their lives (dads, uncles, grandfathers).

What you say to your boys is moot if they see their grandfather talking about the neighbor's "rack." If your kids' grandfather doesn’t talk about the neighbor’s rack, well, then you’re doing better than some of us. If you aren’t already, now is a good time to tell the other adult men in your life to stop being misogynistic.

Now that you’ve gotten number one out of the way, let’s move on to "ladies are not just legs." A human being is their brain. Plus the other things. The stuff on the outside is just an expression of muscle, skin, and fat. Remember that before you reduce her to her ass.

3. A female is not your property.

Do not call her yours. Any piece of herself, she is kind enough to let you touch, is only on loan. When she’s done letting you borrow her body, she is done, and you are done. You are not allowed to tell her what to do, or when or how to do it. That’s called free agency. You have it and so does she. If you get in the way of free agency, your wiener will fall off (this isn’t true but scare tactics can be effective, especially when involving the genitals).

“Locker room talk” is not talk that involves degradation or discussion of forced sexual encounters. Want to discuss sex with your friends? Okay. But remember that the sex you are discussing involves another human being and their shared experience.

Boys will be human beings. Being a human being means not being an asshole, and showing the same respect for other human beings as they would like shown to them.

6. Do not ever touch a female (or any human) without their consent.

If you do, and I find out, I will take your car/iPhone/Xbox, and I will cry. Because the worst thing you can do to your mother is disappoint her.

The way we teach our boys to talk to girls today is the way they will talk to their wives and daughters tomorrow. If we aren't telling them what is appropriate or reasonable, they will make their own conclusions, and if the conclusions they make are based on what they see and hear in the media and society at large, they will not be the kind of men we want them to become.

If you like this article, please share it! Your clicks keep us alive!
Tags
consent
parenting
raising boys
rape culture