The Most Important Thing You Can Do For Yourself This Election 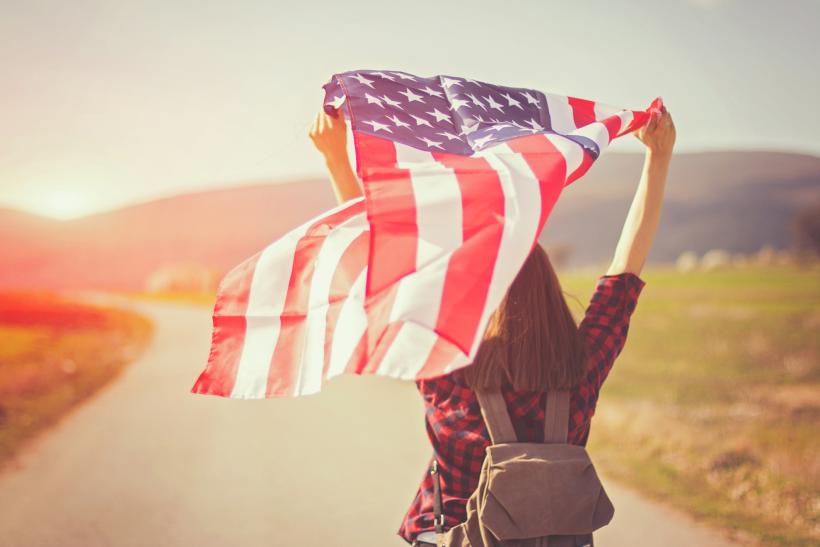 Politics is rational AND emotional. Accept it. (Image Credit: Thinkstock)

In these final weeks leading up to the election, I’ve been having nightmares. In these nightmares, I am doing one of two things: having a dinner table confrontation with every conservative person in my life at once, or living as one of the few survivors of a nuclear apocalypse. Both scenarios prey on the same fear: I’d rather be dead.

I originally intended to write this article as a list of self-care tips for election season, only to realize that I didn’t have anything that meaningful to suggest. All of it felt shallow and only momentarily helpful — focus on the propositions, put your phone in Airplane Mode before bed, make good use of the delete button. The tips weren’t helping me much in my real life, either. A few hours away from my phone was a drop in the bucket compared to the 24-hour news cycle, the conversations overheard at school or the grocery store, and the everyday spats that arose out of political disagreements. It felt dishonest to give advice that didn't ring true in my own life. Because I knew that if I unplugged from this election as much as I genuinely wanted to, I would be living under a rock.

Like, civic voting duty and iron-forged principles aside, I want to run away from my ballot.

I confessed as much to my father last weekend. My dad is a committed libertarian who, despite our many differences when it comes to politics, is easily the single greatest intellectual and political influence of my life. And if there’s anything he taught me about politics and media, it’s that critical thinking always takes a stern look at human emotion. Feelings are messy, and governments are supposed to make as few messes as possible.

So you can imagine my shame when, in the middle of a perfectly civil political discussion about the election, I burst into tears.

“I’m so sorry that I’m doing this,” I told him. I was so embarrassed about how emotional I was being. “I’m sorry that I’m crying. I really wish I could just be able to not let any of it bother me.”

If there's one thing your political principles need other than a rational and critical foundation of thought, it's care. Politics run on passion, and to ignore that is just as harmful as to ignore the value of reason and logic.

My dad paused the Roger Ebert documentary we'd been watching, put down his mug of queso, and looked me square in the face. “But you don’t have anything to apologize for,” he said. “You’re just feeling how you’re supposed to feel.”

Let’s get one thing straight: politics are emotional.

And by “politics,” I do not mean liberal politics or conservative politics (or even American politics). When it comes to talking about how things should be run, we all have a whole lot of feelings. I’m sure you only have to open up your Facebook feed to see what I’m talking about.

The general knee-jerk reaction to this idea is something along the lines of, “But no! Politics are rational and emotionless! And if they aren’t, they should be!” Even this falls prey to that mushy drum pounding away in your chest; there is nothing more American than to passionately call for dispassion. And this pressure to act rationally or “rise above it” is easily one of the biggest stressors of this entire election, which is really saying something.

Think long and hard about what policies you’ll be voting for. Read multiple fact checking sources, or better yet, do some fact checking on your own. Avoid ad-hominem attacks and read opinions wildly different from your own. Break out of your echo chamber and flex your political principles with careful, measured thinking.

But feel how you need to feel.

You don’t need to be a rational, emotionless robot in order to have a valid political opinion.

Getting upset about the election or feeling like you need to disengage isn’t just because you “can’t take the heat.” I’ve read just about every pro-life counter argument there is (I even used to be pro-life!), and I can still get a little caps lock-y about reproductive rights. That’s not because I’m sheltered or militant or, god forbid, hysterical. It’s because I care.

And if there’s one thing your political principles need other than a rational and critical foundation of thought, it’s care. Politics run on passion, and to ignore that is just as harmful as to ignore the value of reason and logic.

So if you find yourself feeling hurt, mad, sad, etc. about the election this year, go ahead and feel it. Cry in front of your dad. Eat some queso. When it’s all said and done, feel how you need to feel. The only way to foster a healthy relationship between emotion and politics is to acknowledge that there is one in the first place, and that it probably needs fixing.

The fixing starts with you. Vote, write, think, act — but don’t forget to feel. We need to acknowledge our messiness before we try to clean up our messes.

If you like this article, please share it! Your clicks keep us alive!
Tags
election 2016
Politics
Hillary Clinton
donald trump