What The 2016 Election Has Taught Me About Parenting 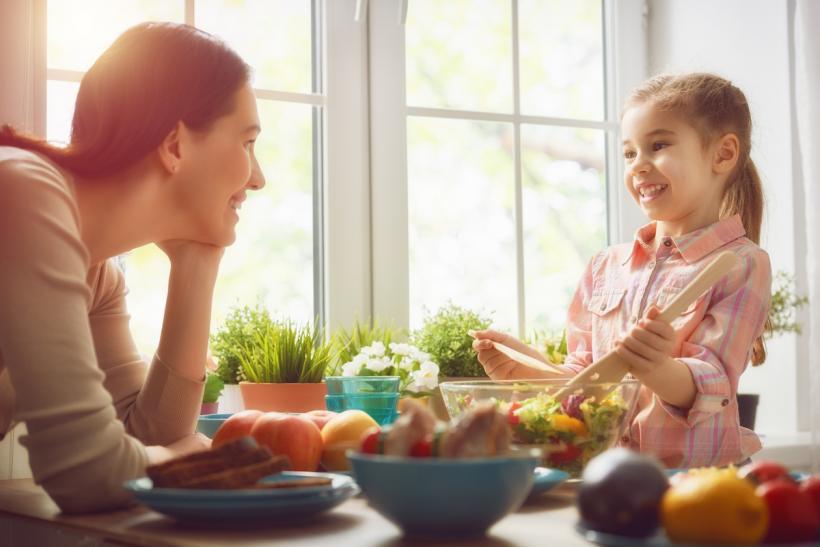 "Venting to my partner, to the universe, to friends, at my computer, into the phone, toward the kitchen sink full of dishes — you name it, I had vented about the current political season and campaign rhetoric multiple times… a day. I wanted to wonder where this outburst had come, from but I didn’t have to search far."

“Trump is a stupid head, he hates women and he is mean to them because they bleed from their vaginas and he wants to build a big stupid wall that he can’t even build because he’s a stupid head.”

My mouth gaped, I was completely nonplussed but my 6 year old was continuing on unfazed and unimpressed with the words coming out of her mouth. She spoke them with great conviction and as a matter of fact — a startling lack of flare for one prone to theatrics. We were walking home from school and an older sister had mentioned Donald Trump in passing when the outburst began.

"Where had this come from?" I wondered. We don’t watch much coverage of this campaign season and what I do watch is on my computer, usually alone with ear buds so the toxicity flooding my screen doesn’t reach my children. Though she’d been around for some of it, I was certain she hadn’t heard such coverage and was surprised to hear her own version on the matter of Donald Trump.

The thing is, I knew where this had come from.

Venting to my partner, to the universe, to friends, at my computer, into the phone, toward the kitchen sink full of dishes — you name it, I had vented about the current political season and campaign rhetoric multiple times… a day. I wanted to wonder where this outburst had come, from but I didn’t have to search far.

It really was me.

I was immediately disappointed in myself. This was not what I wanted.

As of the 2016 Democratic National Convention — thanks to first lady Michelle Obama — my motto for just about everything has been, “When they go low, we go high." I used it for everything from moderating online interactions (albeit, repackaged so as not to be accused of making a topic political) to referring fights between siblings in my house.

Want to tear your sister’s eyes out for wearing your dress without permissions? That’s all fine and well but sweetie, remember, “When they go low, we go high.”

It’s a good motto. But judging from the words spewing from my 6 year old’s mouth, not a motto I had successfully put in place. I wasn’t going high.

Since we first started having children, my partner and I wanted to be sure we help our children develop the skills necessary for problem solving and critical thinking. We’ve worked hard to this end, refusing to allow our personal tastes, faith, and politics to be something we use to indoctrinate our children. Rather, we want them to test, consider, and think critically about things in order to form their own opinions. Positions we were determined to respect, even if they challenged our own.

In our family, we will speak respectfully even when we disagree — and we will not stoop to name calling and ridicule.​

Growing up in a home where I was taught exactly what I needed to think, feel, and believe — from how to really cook a turkey to religion and politics. I wanted something different for my children, particularly since I have strayed from all of the ideology I was given. A process that took hard work, suitcases full of self-doubt, and a bit of a personal identity crisis. And not just about how I’m cooking the turkey these days.

Intentionally providing a space for my children to safely explore political ideals and positions with respectful dialogue is, I hope, preparing them to be respectfully engaged citizens when they’re able to vote.

To me, that means refraining from bashing the other side while thoughtfully and respectfully explaining the political points of contention as neutrally as possible. A feat this particular election season has made challenging because I am also teaching my children the difference between right and wrong.

These aren’t just ideals — this round of elections feels like far more than opposing viewpoints.

Later, I apologized to my daughter and told her that while I understood her feelings about Donald Trump, one of the reasons I personally can’t support him is because he talks like a bully, using his words to intimidate and shame others. It is important to me that I not be like that. My ranting has changed and I’ve stopped calling Trump “stupid head” (I never did, the terminology I selected wasn’t nearly so sweet).

I’ve focused on the issues as well as the candidates in my discussions about politics, particularly when my children are around — in large part because we just don’t need the toxicity and hostility in our home. My daughter is only 6; she doesn’t really care about this election at this point, but she and my other children have been listening to how we talk about politics and politicians.

I want to be sure that the message we’re sending is consistent: When they go low, we go high.

In our family, we will speak respectfully even when we disagree — and we will not stoop to name calling and ridicule. In that way, I hope to teach my children that political discourse can be respectful and kind and focused on the issues. We'll talk about why we feel strongly about them, thinking critically and aiming to solve our problems and care for our country.

When they go low, we go high.

If you like this article, please share it! Your clicks keep us alive!
Tags
election 2016
donald trump
bullying
Hillary Clinton
Politics
parenting