Dear Bernie And Hillary: Could You BE More Childish? 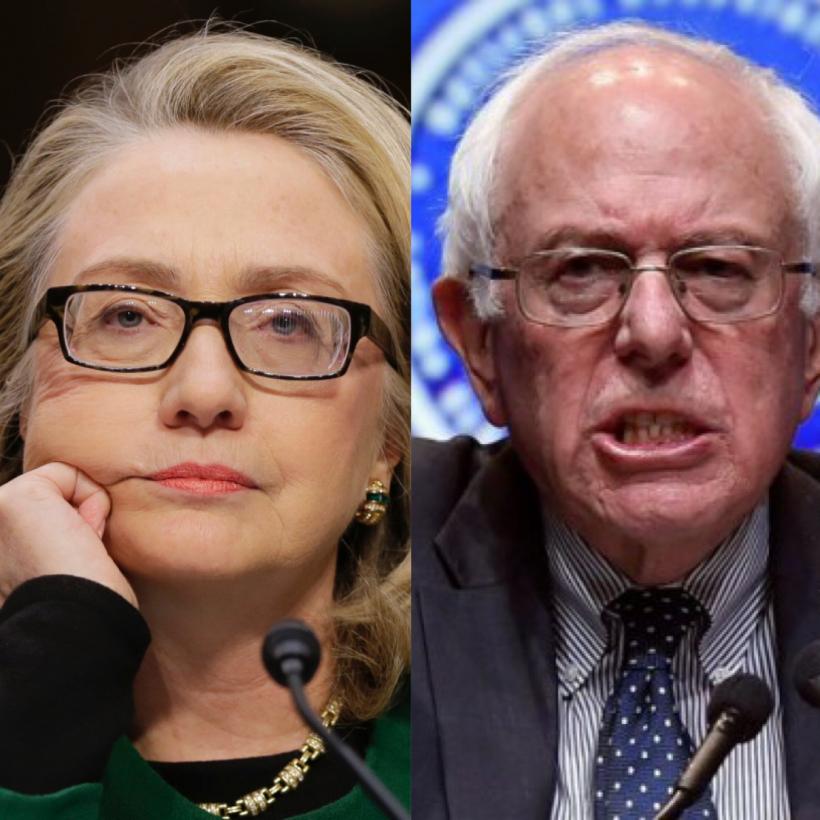 Who wins in the battle of rude?

I get that this is "just how it's done...." But guess what? Most of us voters are tired of "just how things have been done."

I have a great amount of respect for each of you.

I am also very pissed at both of you.

This puts us in the same camp. Because, sadly, there are still only two camps.

But that’s not what this letter is about.

No, this letter is about something unrelated to politics and camps and who likes whom. I'll admit that one of you is the person I really, really, really want to be president next, and the other isn't. But this isn’t about that either.

Up until recently, you had both run your campaigns on what you stood for and your proposals for running this country. There had been a snide remark here or a little jab there, yes, but as a whole, you were looking ahead and running your own race, rather than the race others were running. You both stuck to your own lanes. You took your hurdles in stride, paced yourselves, and focused on running the best race you could.

There was integrity, good sportsmanship, and leadership.

Or at least, that’s how it appeared.

I’m not going to lie: I was feeling a little smug. As the team I already knew I was going to root for in the next race figured out how it was going to be in this play-off, I was thinking that at least both were playing fair.

And look at the other team. They figure out whom they are sending on to the next round, they use dirty plays, distraction tactics, and temper tantrums about the supposed unfairness of the hurdles they face. My team is above all that.

Shoot, the two competing against each other even stood up for each other in the midst of scrutiny and contest. Bernie defending Hillary, Hillary speaking well of Bernie’s political career.

Competition, sure, but friendly, respectful, and dignified.

Nobody was mocking anybody’s hands or other body parts, yelling incoherently (though there was some passionate voice-raising), bashing anyone's character, or engaging in any other backhanded attempts to trip up someone else in their race in hopes of winning your own.

But then you both started raising questions about the other’s competence, motives, pay, and experience to the media, your supporters, and your opponent’s supporters.

Noticing their progress in the race, it appears you've stopped looking at the path before you and running it the best you can. Instead, now you’re looking at the other’s lane and trying to throw booby traps in your opponents' way to make the race you’re running look better.

Now the snide remarks and little jabs are increasing. They've worked their way into your stump speeches. Your opponent answers a reporter in a way that is lacking (also known as human) and you pounce, shred, and gloat.

Next comes digging up dirt. And, now, mudslinging?

I wonder if this is how you’ll respond as a leader when you feel threatened or afraid.

A couple of months ago, I was inspired to see a depth of character that didn’t resort to stereotypical political games that smack of desperation and, possibly, a willingness to do whatever it takes to win.

I get that this is "just how it's done." Questioning your opponent's qualifications, ethics, morals, pimples, bad hair, and whatever else can make them seem less attractive as a leader have all been used tactically in political campaigns since the dawn of… well, political campaigns.

But guess what? Most of us voters are tired of "just how things have been done."

That’s why we were excited to vote for you in the first place! It looked like you were going to do it differently. Your falling back on these tactics doesn’t convince me that you care about this country as much as it makes me suspect that, perhaps, you care more about being the winner.

Because, let’s be honest here: If that was what mattered to me, I’d be voting for Trump.

Worse, I wonder if this is how you would respond as a leader when you feel threatened or afraid.

I want a leader who leads through their own merit, not through the failure of their competition.

There are issues that matter very much to me, and your position on them informs my voting decisions.

There’s more to it than that, though.

It would be naïve of me to think that anyone in office can accomplish everything they say they want to. Our governmental structure is so flawed that I know that no matter who is in office, their hands are partially tied with red tape and bureaucracy.

In the end, neither of you may be able to change a single policy that I’m hoping you can.

But I’m not just voting for policies and political positions. I’m voting for a leader.

The kind of leader that can be trusted to be command our military, to have access to our nuclear warhead codes, to interact internationally on our behalf, and to demonstrate decorum and integrity in our capital.

One who doesn’t need to trip up their opponent in order to lead. One who isn’t so afraid of losing that they take their eyes of their path, stop focusing on their own performance, and focusing instead on making their opponent look bad.

No. I want a leader who leads through their own merit — not through the failure of their competition.

Are there questions and concerns about both of you? Absolutely.

Should we be examining both your political history and ideas? Without a doubt.

Is it appropriate to hold you accountable for your words and actions? For sure.

Should the media and citizens be inquiring about confusing messaging and previous actions that contradict your words today? Of course!

Should we be asking you for clarification on your positions and proposals, as well as how you would intend to implement them, should you win the election? Certainly.

But it's not your job to do that — it is the responsibility of citizens, media, and politicians not running as Democrats.

I wish you would both return to running a good, clean race and focusing on your own efforts to run well, rather than trying to trip each other up.

Just stay in your own damn lane, and may the best candidate win. 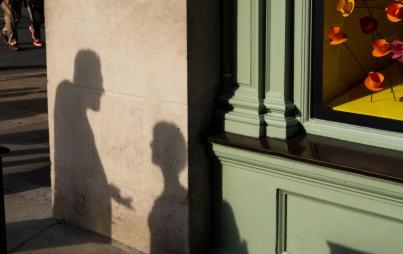 How Name-Calling Damages Your Relationship