How To Start A Revolution: Think Small 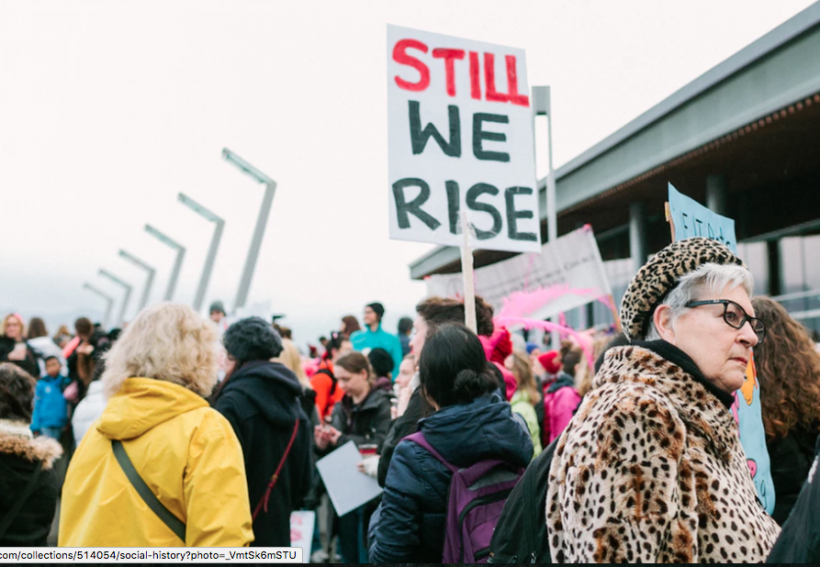 On Monday night, I tried to live-tweet The Bachelor. Watching the romanced-themed game show is a tradition I have long loved for its ability to whisk me right away from whatever reality happens to surround at any given time. The series is utterly predictable: one girl is always the designated “mean” one, someone who the “decent but misguided” character must tell the bachelor/bachelorette about, after which her efforts will be rewarded by a no-rose-showing at the next ceremony. As the countdown to the Final Two Finale progresses, certain fun features are expected: helicopter rides, hearts made of rose petals, awkward hometowns, a heartbroken ex or two, and hot tubs.

It’s ridiculousness, of course, but of the best kind: utterly full of its own drama, humor, and make-believe high stakes. I love it.

But I could not escape the political fallout that my (mostly) political Twitter feed filled up with on Monday night. Trump: firing the acting Attorney General for putting a halt on his travel ban targeting Muslim incomers. Bannon: uncovered interview reveals he doesn’t just dislike black and brown people (awful enough, in every way) – he legitimately dislikes immigrants in toto, even those who create businesses and live in Silicon Valley.

But as I retweeted, it dawned on me — not for the first time — that it is possible and in fact likely, that I am just screaming in a small room full of people who already agree with me. As if we are facing each other and grabbing our hair and unanimously yanking it out. And if we just yell loud enough, retweet and re-share enough, then our noise will break out of the box we’re in.

Sadly, though: I don’t think it will.

I’ve been reading about Dorothy Day, the 20th-century believer in charity and good works, whose social activism led her to found the Catholic Worker. She was a suffragist, she believed in serving the poor, and she spent her youth in full bohemian mode. Not surprisingly, Day wasn’t a gung-ho capitalist and advocated for distributism — a halfway model between Capitalism and Socialism. Straight up, this woman was a radical.

Because while it is by no means easy or futile to show up at a protest, I imagine it is much harder for most of us (certainly, for me) to get up at 4:30 a.m. and volunteer to make breakfast at a homeless shelter. It is much more difficult to forsake regular hours to mentor and tutor young people in my own community.

And though her impact was huge, it built up over the years in ways that were often small. She spent much of her life either in church or at the charity house she helped to run. And Day voiced skepticism of movements that became too bureaucratized and unwieldy. Like Big Business, the Big Charity organizations met with wariness from Day, especially towards the end of her life.

She said it was imperative to “stay small.”

I’ve been really considering this lately.

Because while it is by no means easy or futile to show up at a protest, I imagine it is much harder for most of us (certainly, for me) to get up at 4:30 a.m. and volunteer to make breakfast at a homeless shelter. It is much more difficult to forsake regular hours to mentor and tutor young people in my own community.

Honestly, it is often harder for many of us to just show kindness to the fellow humans in our immediate proximity.

But here’s the thing: how we treat the “inconsequential” people riding the subway next to us says a lot about how we’ll approach the abstract “humanity” we often claim to care so much about.

We always want to be involved in the big moments, these important movements. And we should! But I question the toll on our time and our ability to be givers — if I’m just online screaming, what am I not doing in physical reality?

And if I’m only screaming next to people who are already screaming themselves, what am I helping?

I believe the answer to injustice and moral wrong – which we are seeing from this current administration – is not just to grow emotionally angry and vocally irate.

I believe the answer is to get out there and do something good. Something deeply, unexpectedly good. And that can be marching, or showing up at an airport, or calling senators and representatives.

It can also be cooking dinner for your neighbor who has been sick. Watching your friend’s kids, so she gets a couple of hours of a break. Calling your mom, or your sister, or your nephew.

It can mean volunteering with a refugee resettlement organization. It can mean making cold calls at the party’s district office.

But being proactive — doing something in the actual physical space of this glorious universe — is key.

Get offline for a while.

It's time to start sweating the small stuff.

If you like this article, please share it! Your clicks keep us alive!
Tags
Dorothy Day
Politics
donald trump
social activism
be the change
#ravsresistance
#resist