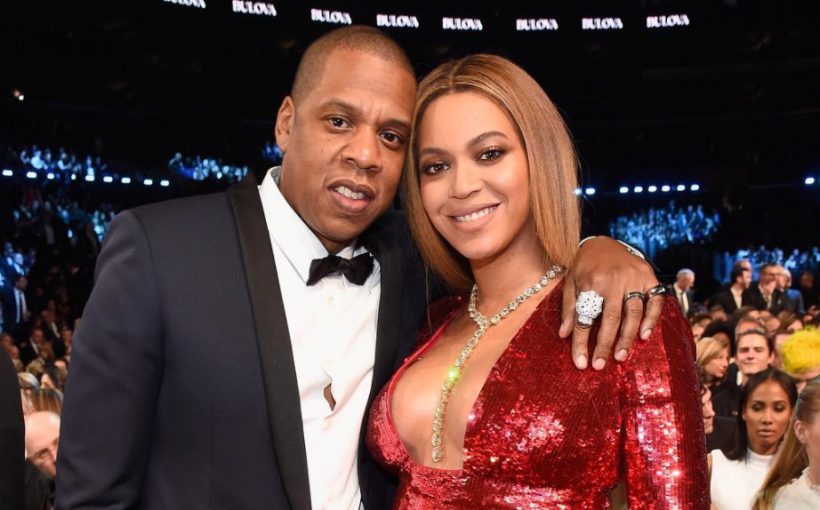 Another day, another opportunity to write something which is going to piss off some white people. Because when it comes to the topic of race, I find white people get it, or they don’t — and so often if they don’t get it, they don’t care to (but showing up in the comments on Facebook to be extra shitty is totally necessary). So here goes. Get ready for your weekly hate read.

I went from being someone who rolled my eyes at Beyoncé to being her defender — only because I think the white masses tend to behave poorly when commenting on her. Their hatred seems unjust, unfair, and downright racist. To draw this conclusion, I had to subject myself to many of the worst parts of our society — reading comments on the Internet. The things I do for this job! I hope you appreciate it.

While it seems that many in the white masses have a Beyoncé rage hard-on that is hard to define as anything but hatred, it also appears that they misunderstand her again and again and refuse to dig a little deeper. This can also be said for much of the misogynoir that shows up to hate on her as well.

Beyonce’s performance last night was groundbreaking to me because of her portrayal of the goddess Oshun. For those that don’t know, Oshun is a Yoruba water goddess of female sensuality, love, and fertility. The roundness of Beyonce’s belly and the way she created water with fabric and light struck me as incredible artistry. I have watched this performance again and again and continue to be awed by the work that went behind it — the holograms, the choreography, the costumes.

She’s glorious. Why you mad? What’d you do when you were pregnant with twins?

My Beyoncé fandom didn’t come until Lemonade. For the most part, until Lemonade I found her to be a little problematic and maybe a little too all-consuming. I almost felt as if there was too much resting upon the shoulders of this woman, who didn't reflect me as a black woman.  Liking Beyoncé felt a little too facile to me. And I loathed her for doing advertisements for hair products for a popular beauty brand which at the time mostly catered to white hair, all while wearing a glorious free flowing weave. I have never bought a product from the brand in question since. I thought it seemed a bit duplicitous on her part, although later I found out that white women almost always wear hair extensions in hair ads too (unsurprisingly).

But white women don’t have a problematic history with hair like black women. White women don’t bear the burden of an entirely different culture weighing in on their beauty standards, causing divides, and labeling some hair “good hair” and some hair “bad hair.” These problematic standards of European beauty being thrust upon black women dates back to slavery and the division of work among slaves. Those closer to white in color (often the offspring of the master) were given house jobs and lighter work, while the darker slaves ended up in the fields. From my last Ravishly essay, it became apparent to me that many commenters didn’t understand this major part of black history and beauty norms.

I find that just like cultural appropriation (hi guuuuuuyz) some white people need to learn to live with the notion that not everything is for them or about them or calls for their criticism. Because when my Jewish friends are discussing culture and values for Jewish women, I sit down and shut up and listen. And often learn a thing or two. This happened recently. It was an interesting conversation, and I learned a lot mostly about the grace of my friends. The fact that so many white people rage over a performance they failed to understand, that was clearly a tribute to the performer’s African roots, just shows that if white supremacy isn’t served up front and center, people get pretty livid! To show you what I'm talking about, I’ve taken some choice comments and provided adequate responses.

“Don't like her, never have and never will. Much hyped in the media. Personally, she looked ridiculous in that outfit. Not sure what the point of it all was.... Tripe!”

But if you don’t know the point of something, wouldn’t you want to figure out more before making such profound statements? No? Okay then.

“She did and does not present herself as a Mother in America. That performance was nothing but skanky weird. Get over yourself.”

Isn’t the beauty of being a mother in America partially because we’re supposed to be allowed to do whatever we want? To work or not to work? To dress modestly or not? To be whoever you want? Aren’t we supposed to have so much freedom that we’re practically choking on it?

“She is a joke to real women.”

And how would you classify what a real woman is? Nevermind. Don’t answer that. I sincerely don’t want to know. Your heteronormative, cisgender, able-bodied ideals of womanhood do not interest me at all.

Really? I can think of maybe 100 million people who disagree with you.

“This is stupid like no other woman was or is ever pregnant. She's pregnant so what?”

She’s glorious. Why you mad? What’d you do when you were pregnant with twins?

And while I would never put the two on the same level in any way, the Beyoncé hatred I see crawling out of the woodwork reminds me vaguely of the Kim Kardashian hatred. (Now before anyone gets mad at me, I am not comparing the two in any way except that a small sliver of the hatred both receive share some similarities.) Because, at the end of the day, none of us can deny that the world gets very VERY angry at any woman who dares to feel comfortable in a very public way with their body and their sexuality. Both women are unabashedly sexy, and more often than not, they find themselves the target of society’s fury for it. Kim Kardashian gets cut more slack because apparently, the world hates sexy black women more than any other type sexy woman. How dare she be so pregnant and gorgeous! (I’m just placing down bait because someone is clearly going to say she looked terrible, which simply isn’t true.)

Beyoncé’s performance was next level intellectual but also very sensual at its root, which apparently made haters super uncomfortable. Because if Beyoncé talks about her pregnancy, she is wrong. If she does a photoshoot, she is wrong. If she shows any part of her body, she is wrong. If she performs while pregnant, she is wrong. If she writes music about unapologetic blackness, she is CERTAINLY wrong. It’s almost as if some of these commenters would prefer that Beyoncé disappears. That is the only way she could be right for them. But she’s not going anywhere, anytime soon. And I am now 100% here for it.

If you like this article, please share it! Your clicks keep us alive!
Tags
Beyonce
white people
beyonce at the grammys
Grammys
racism