I Got HPV Because I Couldn't Have The Vaccine 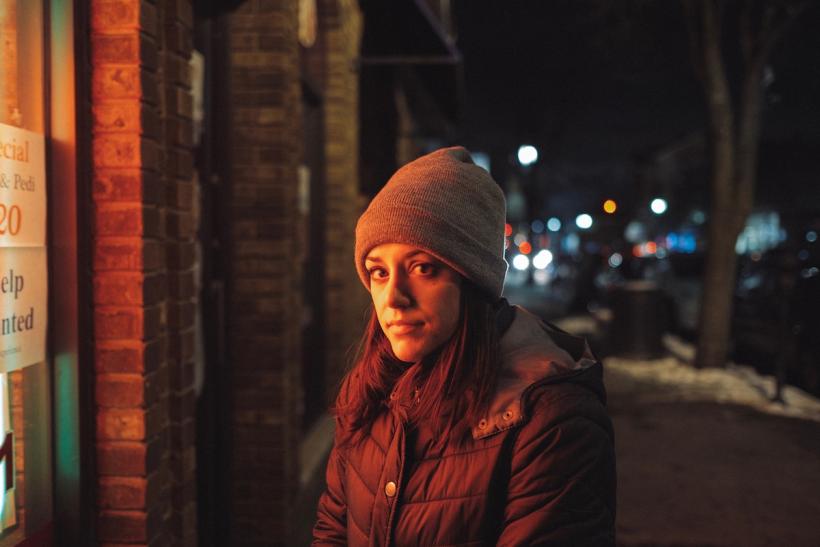 The HPV vaccine went on the market in 2006. It was brand new, untested, with the shadow of menace that follows new vaccines — as well as those tried and true elixirs— because of a single discredited study.

In the summer of 2006, I went to the gynecologist for the first time. It was a formality, a way for me to display how avant-garde I was, despite my sexual inactivity and Catholic upbringing. I asked about birth control, feeling very bold. I had only kissed a boy for the first time four weeks before my appointment.

I don’t recall the doctor, who I only saw that single time, mentioning the HPV vaccine. Hindsight tells me that she must have brought it up. I am sure I balked, a wave of embarrassment rushing over me. I could endure discussions of sex only if I had had adequate time to prepare. The doctor likely took it in stride, conceding that the vaccine was new. It’s best to wait and see. There was no rush.

In May of 2007, I returned home after my first, harrowing year of college. I was still a virgin, though I fancied myself more avant-garde than ever— in the way that inexperienced girls like to say shocking things in an attempt to mask their inexperience. No one bought it.

Within two weeks of arriving home, I began to experience a strange tingling in my hands and feet.

“Like static,” I told my mother. We chalked it up to my poor circulation. The symptoms progressed. I felt tired, weak.

I went to the doctor. He was young. I’d seen him once before for pink eye. At the time, I joked, “Oh good, I thought I was having a stroke.” He took me for a hypochondriac, which I would learn was a common way in the medical profession to approach nineteen-year-old girls. He told me that I had a sinus infection and sent me home.

Within a week, I could not walk. I lay faced-down on the hallway floor as my panicked mother called the young doctor. His nurse told my mother it was nothing. When she persisted, the nurse said that she supposed that my mother could take me to the hospital “if she really thought it were necessary.”

I listened to the conversation as the hardwood floor cut into my cheekbone like a dagger. With the paralysis came pain. It tore through my body. Each cell lit on fire until my body was engulfed in an inferno. We went to the hospital that day.

For the uninitiated (I, myself, have never watched House), Guillain-Barré Syndrome, often referred to as GBS, is a rare autoimmune disease that affects the nervous system. The easiest (and shortest) way to describe it is like temporary MS.

I spent a week in the hospital, receiving an IV treatment. I was told that I couldn’t go home until I could walk down the hallway on my own. Stir crazy, I mustered all the strength that I had inside of me to complete the task. I went home sooner than I should have.

One of the big things that goes along with GBS— and there are a lot of big things— is that you cannot get vaccinated. A vaccine could trigger a relapse, even years after you've improved.

Recovery was difficult and long. They told me to look five years out. When you’re nineteen, that’s 25% of your life so far. It seemed unendurable. At times, it was.

Fast forward five years. After my yearly PAP smear, I get a call from my gynecologist. I had tested positive for HPV.

In that time, I had only had sex — let alone unprotected sex — with one person. We were dating. We had loved each other at the time. We had both been tested.

I understand that people are scared, that they want to protect their children. The truth is: you can’t protect them from everything.

HPV doesn’t show up on cis men’s STD screenings, and I couldn’t be vaccinated. Looking back, there was nothing more I could have done to protect myself. Of course, there are those who will deride me by saying, “You shouldn’t have had sex at all.” To that I reply: Stop trying to police my sex life. I’d had a real rough go of it (remember the paralysis business?). I deserved to get laid.

That relationship is long over. He was a terrible boyfriend, who turned out to be a pretty decent ex. Lucky for me, I have a lovely little souvenir that will last my whole life. All because I could not be vaccinated.

I’m almost ten years out from my GBS diagnosis, and I am happy to say I’ve finally shaken the symptoms, save for one. I went from HPV to GBS — both three letters, but two different diseases. I’ve had a decade to deal with the emotional and physical fallout, and I will never be truly free of a snafu my immune system had in the summer of 2007.

How do I know that it was dangerous for me to be vaccinated? Because several doctors told me it was.

If enough people had gotten the HPV vaccine, I would have been protected, too.

In recent years, there has been backlash against vaccines — I’m looking at you, California. I understand that people are scared, that they want to protect their children. The truth is: you can’t protect them from everything.

Herd immunity means that enough of the population has been vaccinated that it can protect those who can’t be vaccinated.

I need others to get the vaccine so that I am protected. I depend on herd protection for the measles and the mumps. If enough people had gotten the HPV vaccine, I would have been protected, too.

Guillain-Barré Syndrome is one of the rare diseases that does have a connection with vaccines. In rare cases, vaccines can cause GBS. That wasn’t the case for me. It’s a rare case for a rare disease. By contrast, a certainty of being diagnosed is that you cannot get vaccinated. Once you have had GBS, vaccines pose a risk for relapse, which I would not wish on my worst enemy.

It has been almost ten years since my diagnosis. My neurologist still has not cleared me to be vaccinated — for now, she says to avoid places with malaria. When the day comes that I am cleared, I will be terrified.

Knowing something to be true is different from feeling that it is. Even when I know that I am not at risk of a relapse, I will be afraid of the possibility, however low its probability. After all, I’ve beaten the odds before. I had 1 in 100,000 chance of getting GBS, and here we are.

Despite my fear, I will march myself into the doctor’s office. I will lay down my arm, and I will let them go to town, immunizing me seven ways from Sunday.

As someone who has relied on that protection and continues to rely on it, they break my heart.

If you like this article, please share it! Your clicks keep us alive!
Tags
HPV
vaccines
Sex
dating
health
wellness
reproductive health