How Selfies Reflect My Mental Health 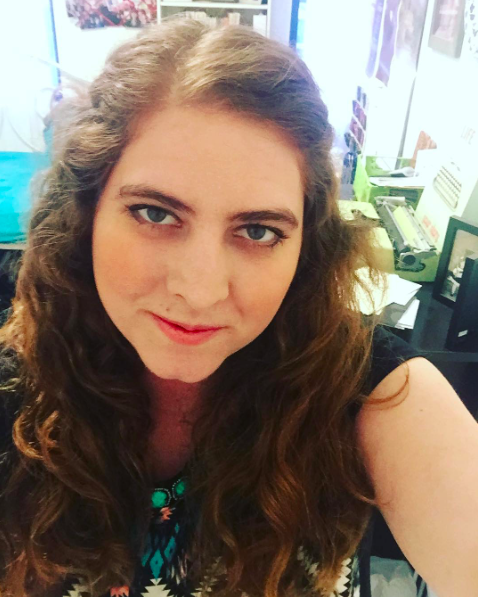 I’ve realized that there is beauty in me, in my face, in the way I smile easily and laugh loudly... (Image: Instagram/ karisselizabeth)

It started in middle school. Somehow I took “don’t brag” a little too far, and convinced myself that saying — even thinking — something positive about myself was boasting. So instead, I beat myself up. You’re ugly. You’re disgusting. Nobody will ever love you. Because somehow, how I looked was the measure of my worth.

If I think I look bad one day, well, that day is shot. Because I’ve wrapped up so much of my worth in being attractive and pleasing to the human eye that I fear if I’m not... what else do I have to offer? And I know I’m not that drop-dead-gorgeous kinda girl, the one who attracts admiring glances and whose beauty is effortless. Saying this isn’t being depressed; it’s being realistic.

It took years for me to realize that not being that kind of beautiful doesn’t negate beauty in me.

Hold up. I have to hesitate, gather my courage, drink some coffee for fortitude before I say this next sentence. Everything in me rebels against saying it, because I’m scared, because it feels boastful, because it feels downright sinful to say.

Are you ready? Am I?

I am not that kind of beautiful, but I am pretty.

Holy crap. I can’t believe I just said that. Take a moment to stare at those words.

Moving on. So I’ve realized that there is beauty in me, in my face, in the way I smile easily and laugh loudly, and there’s a symmetry to my face that’s kind of pleasing, despite the overly large nose. Just focus on the long eyelashes, and you’ll forget about my acne scars and imperfect skin.

But if I’m depressed — whether that means going through an extended period of depression, or one of the daily dips into sorrow I experience — well, if I’m depressed I become the ugliest, most misshapen and horrifying being ever to walk the planet.

I look in the mirror, and my pores are humongous and trembling with blackheads waiting to pop into zits; there is hair on my lip and chin, and my eyebrows are a forest of horror, worse than the Forbidden one at Hogwarts; don’t get me started on the rats’ nest on my scalp or that hulking being sitting in the middle of my face flaring its nostrils and trying to eat up the rest of the skin. My body is lumpy and far from pleasing to the eye, and no amount of caked-on makeup will improve this thing.

So take a picture? Post a selfie? Forget it.

I won’t even scroll through Instagram to look at the pretty pictures, because each one is a stab to the gut, screaming you’re uglier than anyone else in the world.

When I’m not depressed, I like the way I look. Sure, sometimes I still see my face and feel like it doesn’t match with my personality (that’s got to be something the rest of y’all experience, right?), but I’m pleased with it. I think it’s kind of cute. It’s quirky and funny and mine, and so I’ll hold my phone aloft and snap a selfie and believe that it looks good. I’ll post it on Instagram.

It’s never going to get as many likes as the pictures I post of New York City, but by now I’ve grown not to care so much.

Because duh, no one compares to New York City, but also because I’m not posting for the likes. I’m posting because I saw my face, was pleased with it, and am rejoicing in the fact that today, or at this moment, my brain is not so busy attacking and seeking to destroy me that it can’t see the beauty in me.

Selfies are one of the easiest indicators of my mental health. Last October and November, I was so depressed I barely functioned. I took maybe two pictures of myself in those months. I stopped writing. I stopped thriving and barely existed. Once I got back on my anti-depressants, and things looked a little better, the pictures came back with a fury.