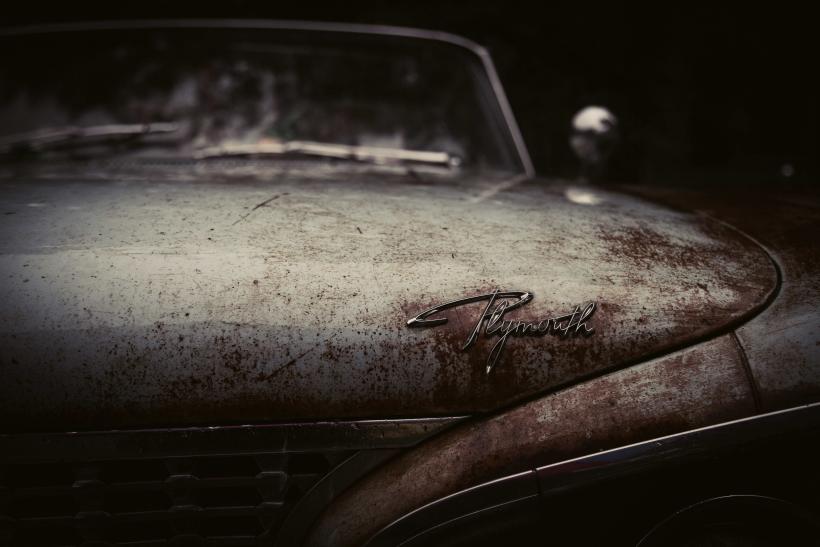 Photo by Eric Michael on Unsplash

It was June 12th, 1983, a scorching hot day in New York City. Flash Dance was number one on the charts that week, the Yankees battled the Brewers, and the disappearance of George Perry, the sixty-four-year-old missing millionaire who had vanished from the Grand Hyatt Hotel in Manhattan was featured in the New York Times. Crack cocaine was beginning to burn through the streets as the epidemic grew. There were 1,958 murders in New York that year, and my husband's father was one of them.

It was a brutal homicide. My husband — only seven at the time — and his family may have been next on the killer’s hit list.

His father's body was found inside his car on the side of the Cross Bronx Expressway, tortured, beaten, and shot twice in the head. He was handcuffed to the steering wheel, his arms bloody and mutilated by deep knife cuts. Hidden inside the driver's seat, the police found twenty thousand dollars — money the killer was likely looking for.

"Gunshot wound (2) to the head and brain. Homicide.” The eight-word sentence on his death certificate, seemingly innocuous to a medical examiner, but to my husband, it summed up exactly what remained of his father’s legacy.

When his father did not return home that fateful summer night, my mother-in-law, at the suggestion of a superstitious older friend, went to see a psychic. Despite no real belief in those types of things, her desperation for answers drove her to see this woman.

The psychic, a petite, quick-witted, older Puerto Rican Woman, worked out of an apartment in Roosevelt, Queens. My mother-in-law brought a red handkerchief of her husband's, and the psychic took it into her hands, carefully inspecting it as they sat across from each other in an otherwise ordinary dining room. “Your husband is dead,” she declared with the same certainty that his death certificate would document a few days later.

Her words carried a frightful weight — she had a premonition that his killer was still around, that they may not have gotten everything they wanted and could be looking for her and her family.

“Your family may be in grave danger" she warned. The psychic then instructed her to get rid of anything of her husband’s that was of value, including any money that was in the house. She told her not to go looking for anything of his, or to access any of his assets or accounts — his assailant may be watching and waiting for the right moment to attack.

“Pursue nothing, and you will survive,” she instructed my terrified mother-in-law. The psychic then placed a safety blessing on that handkerchief, claiming it would protect their family.

The next morning the police knocked on their door and confirmed what the psychic had said. Her husband had been murdered.

"Did he have any enemies or people who would want to harm him?”

My husband remembers overhearing the officers questioning his mother from his half-shut bedroom door as he peeked out of his room, straining his ears to listen to the adult conversation. "Where were you on the evening of June 12th?" "Do you have any idea why your husband was in the Bronx that night?”

His family had endless questions of their own. Who had his father met that night? What motive could lead to such a violent outcome? Was it someone they knew? A jealous business partner? A jilted secret lover? A botched robbery? Was it someone mingling among the guests at his wake?

In his death, he had become my husband’s greatest antagonist. Images of the things he found out about him haunted him during his young adult years. At every turn and in every choice, his father’s legacy served as a cautionary tale, a sort of whisper of where not to step.

My sister-in-law recalls how they left their house for several days after his murder, but not before his mother got rid of $100,000 in cash that she found hidden in the home. Taking the psychic’s words to heart, she followed everything she told her to do and always kept that handkerchief close by — it had become a security blanket of sorts.

After they had moved on to a new home, after the pictures of his father had settled into old photo albums and what was left of his possessions had passed hands or been thrown out, that handkerchief remained. For 28 years it stayed by her side.

The idea of a psychic legitimately protecting us often stirs our inner skeptic; people raise their eyebrows when you mention it, implying, “You fell for that?!” Whether it really was this woman’s blessing that helped them or if it was just a powerful illusion, my mother-in-law is certain that this random encounter helped protect them.

Several years after his murder, the killer was finally caught, and in a disturbing turn of events, they discovered there was more than one perpetrator: a man and a 20-year-old woman, but their direct connection to his father was never revealed. A robbery was the motive given, but everyone suspected there was more to the story. Both confessed to the brutal slaying. There was no trial; they each took a plea deal and were sentenced to twelve-and-a-half to twenty-five years.

The brutality of his death indicated that these people knew him and targeted him intentionally. Was this mystery woman his secret mistress who turned on him and set him up? Was the man a bitter business associate who plotted to kill him? Was the psychic right? Had they not gotten everything they wanted and been looking for his family?

As violence tends to unfold, everyone involved was impacted differently. For my husband, he initially searched for information about his father to maintain a connection to the man he had suddenly lost.

But as he probed and searched, a more complicated, darker version emerged. Although no one knew exactly what had happened the night of his death, relatives shared that my husband's father resembled a young Al Pacino in Scarface and was known for his good looks, charm, and quick wit.

They speculated that behind this facade was a reckless man whose relentless pursuit of money and power may have ultimately contributed to his demise.

Only his executioners are to blame for his death, but his destructive ambition likely put his family in grave danger, and as my husband learned more details about his father's life, his view changed dramatically. His father was no longer the man he once thought he was. Hearing about all the things he had previously been too young to know about, he no longer craved that connection to him. His father now served as the inspiration for only one thing; my husband aimed to be the exact opposite of him.

In his death, he had become my husband’s greatest antagonist. Images of the things he found out about him haunted him during his young adult years. At every turn and in every choice, his father’s legacy served as a cautionary tale, a sort of whisper of where not to step.

There were questions constantly swirling in his mind: Am I destined to be like him? Can I break these ties? Can I be a better father and husband?

In the passing years, my husband strived to untangle himself from his father's invisible grip. He excelled in school and sports and was awarded a scholarship to a highly regarded art school.

He left his old neighborhood, ready to leave behind everything that happened there. He went on to succeed in his career and became a committed husband and father; with each passing year, he moved further away from the man who haunted him. From the man whose presence had lingered over his family like a haunting ghost.

Recently, on a beautiful winter evening, we walked along the East River Promenade, looking out at the sparkling city skyline, some of it his old neighborhood. We talked about our kids getting older, how the school year was going, and our upcoming family vacation.

“The past few years together,” my husband suddenly remarked, “raising the children and being with you, in many ways, finally freed me from the last grasp of my father’s shadow. I rarely think of him now” he revealed as he took my hand.

And for the first time in many years, he was free of the wondering, the secrets, the questions, and the images — he had finally broken the ties that bind.

If you like this article, please share it! Your clicks keep us alive!
Tags
murder
death
father
son
family