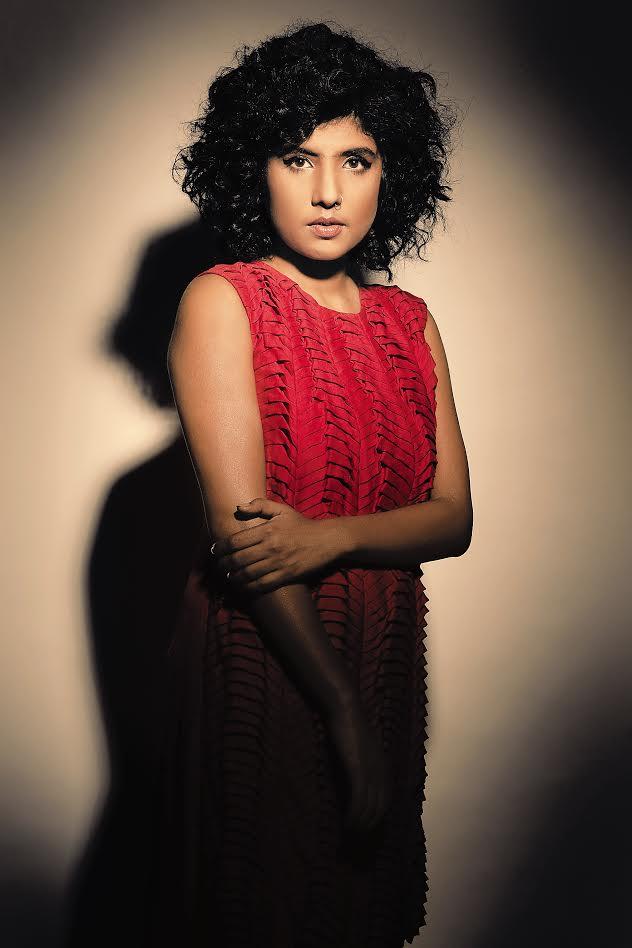 "Hi! My name is Meenakshi Reddy Madhavan and I've been running this blog for nine years now. You can call me eM. Because it sounds like the letter 'm', because it's "me" backwards, and because for a long time, this blog used to be anonymous, so I needed a psuedonym . . . Yes, everything on here is true."

And so goes Meenakshi's—or eM's—introduction to her blog, "Compulsive Confessions"—one of the most popular in India. It's an irresistible invitation into the world a sharp-witted, bold persona, the life of a woman as she's evolved over the course of a decade. And she's the kind of woman who likes to bend the rules, if not outright break them. Back ten years ago, blogs were nascent in India and yet nothing stopped New Delhi-based Meenakshi from bursting onto the scene. And there was none of that sugary, goody goody nonsense to be found. Instead, she poured out the straight-from-the-heart stories of her life.

From freewheeling posts to random musings—all strung together with masterful wordplay—the 20-something put her thoughts and experiences out into the world at a time when few other women would. But eM needed to be her—and after a decade, her efforts have landed her publishing contracts, with three books to her name: You Are Here, Confessions of a Listmaniac—The Life & Times of Layla the Ordinary and Cold Feet. With yet another book coming up this year and a site that continues its reign in the blogosphere, Meenakshi is geared up for continuing the ride.

And happily, she confessed it all to us.

Tell us about your blog "Compulsive Confessions." How did it all begin nearly nine years ago, when blogging was still a new phenomenon? Why did you decide to launch the blog?

"Compulsive Confessions" has actually been around for a decade! This is the 11th year for the blog and for me as a blogger, and it's kind of surreal looking back over the years to see how far the Internet has come. I began the blog as a bored young journalist with lots of free time and access to a reasonably fast Internet connection. I wanted to write about "people like me"—a thought that grew into my books as well.

You've also been a bestselling author with your blog-turned-book You Are Here. How different is it to write a book as compared to a blog?

Actually my forte is as a fiction writer because then I get to control my characters and what happens to the plot. Real life is complicated compared to that! I've been writing versions of a novel since I was about sixteen or seventeen, so You Are Here's origins pre-date the blog by quite a few years.

You've converted your blog into a website and have continued to write about the happenings of your own life—from the new hairdo you’ve been thinking about to the dessert you’ve been craving to the fight you had with your boyfriend. Is it scary or intimidating to have your life out there for any stranger to read?

It used to be a lot weirder than it is now. Now, you see SO much detail about people's lives you want to say, "Stop! Stop!" I think it's the duty of a writer—any writer—to be a witness to their times, and in my own small way, I think I was a witness.

In your website you say: "No, I'm not doing this just for attention or to make some kind of bold moral statement against Indian womanhood. I began by doing this for me, and then it, well, grew." What prompted you to state this? Do you encounter trolls who give you trouble for your lifestyle or for being a woman living in the public eye?

That statement is in response to what is pretty much the number one asked comment/question on any public forum where a woman has written anything even slightly controversial—how dare you and this Ii against Indian culture and so on and so forth. I actually never felt conflicted about telling my truth, but I used to be a lot angrier, like, "How dare you, I'm as Indian as you are, so who are you to tell me that my way isn't right and yours is?" Now, with age and time, I've become more Zen about it—there are loads of people in this world and not everyone will be on your side.

When is your next book coming up? What is it about and how do you choose your topics more generally?

April 2015! It's a collection of short stories called Before, And Then After published by Westland. I found my imagination going down darker paths this time, and the stories just flowed from there. This will be my first time with this genre, and I have quite a mix: love, death, mermaids, and madness.

How much of your blog is dramatized? Where do you draw the line between keeping it real and spicing it up for reader’s consumption and engagement?

Would you believe none of it? It's all true, or at least, true as it happened to me. My blog could also be called "One Woman's Opinion," and that would be a perfectly acceptable way as well. Of course, I try and tell my stories with some sort of literary grace, with whatever I have at my disposal, so I suppose the stories are prettier told than they are unfolding in real life.

What is an average day in the life of a freewheeling freelancer who writes books, blogs, and generally seems to live it up?

I wish I was a lot more freewheeling! Hah, no, it's been quite a revelation. Pretty much the only thing that weighs on my mind is when invoices are late—that stresses me out to no end because if one is late then the entire financial plan I've laid out for a month goes awry. And you'd be surprised how many months I've had to wait for sizable checks. It's pretty much a full day's work, chasing and sending in invoices. But besides that unsavoury aspect, it's pretty good: my partner works for himself as well, so we get to travel (as long as places have an Internet connection, we're set), I have two lovely cats, and I read a lot. I'm rather more domestic now than I used to be ten, or even five years ago, but it's a nice sort of domestic. With no kids, we live an entirely selfish life, and it's really nice. I recommend it thoroughly.

Do you ever feel pressure to take up a more "conventional" job? If so, is it internal or external—and how do you handle it?

I've had a few jobs, more recently with websites, and there really is no bandwidth left at the end of the day to pursue any of your own interests. Jobs are great, journalism is great, but I think unless you're young and restless as I was when I wrote my first book, it's almost impossible to give the best of your time to two things simultaneously. However, that being said, I have not taken a job that required me to leave my house (and go to an office) in over five years. My priorities are my pajamas, and then I'll write as much as anyone needs me to!

Any tips for those who are interested in converting a blog into a book?

Yes! Always have a USP for your blog—it'll help both potential readers (often publishers) and you. You can easily settle into a forte whether it's cooking or gardening or phone reviews. Then, do a lot of freelance work for magazines/websites looking for content like yours. (Caveat: never EVER work for free or people will devalue you.) Once you're picking up some steam and mileage, plus hits on your blog, make a pitch to a publisher. Or check out self-publishing, there's no shame in it these days and you can pocket the profit.

If you like this article, please share it! Your clicks keep us alive!
Tags
Compulsive Confessor
honesty
publishing
writing
confessions
Confessions of a Listmaniac—The Life & Times of Layla the Ordinary
You Are Here
blogs
India
feminism