Is The Next President Coming Out Of Silicon Valley? 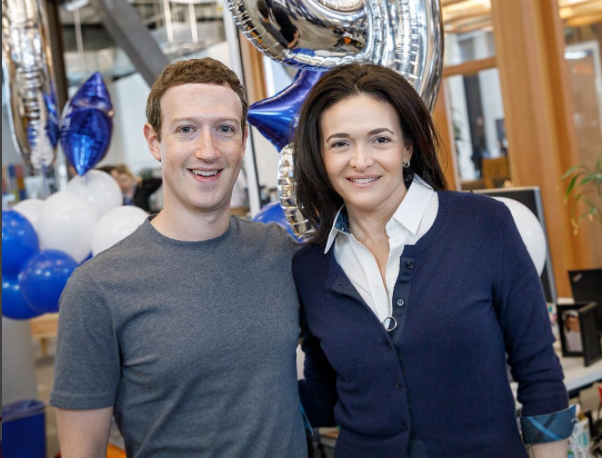 Given their unfair and potentially exploitative access to the personal life details of millions of voters, in an ideal world, social media tycoons wouldn’t run at all. (Image Credit: Instagram/@zuck)

After Donald Trump, it is (depressingly) likely that both parties will ape his winning election strategy. Not in terms of colluding with Russia (please, God), but in the parlaying of name recognition to ballot box victory. Fame is a kind of intangible power in the 21st century. But it’s not the only kind, and perhaps it’s no longer the most potent.

After all, who knows more about Americans than Silicon Valley? Who knows more than the social media platforms in possession of their photos, their rants, their check-ins, their “likes”?

Consider: tech billionaire Peter Thiel spoke in a primetime slot at the Republican National Convention. He was the first openly gay person in history to do so, and in case anyone present or watching was unaware, Thiel declared, “I am proud to be gay. I am proud to be a Republican.”

It speaks to the reverie Silicon Valley still enjoys, that a gay man could elicit cheers from a GOP, evangelical-heavy crowd.

Silicon Valley is seen as the bastion of innovation. The cradle of the best and brightest. The beacon of brilliance and diligence, the assumed place of true-blue, rags-to-riches American idealism.

The titans of tech hold an almost mythical sway over the imagination of millions of Americans.

Facebook experimented with showing certain users more news stories right before an election, rather than “personal” posts. Their stealth tweaking had a noticeable impact on actual, real-life voting.

But they have much more than just the respect of the voting public, of course. Social media companies literally own those voters’ baby photos, their honeymoon shots, their drunken college posts, their cyber-bully backstabbing.

They know what movies you prefer, where you went to school, who your friends are, what your political leanings say about how you’ll vote next time around.

They’ve got the algorithms on lockdown, and they’re not always so ethical in how they use them. To take a familiar example, Facebook came under fire in 2014 for manipulating timeline feeds to show certain users less positive emotional content. What this “science” – conducted without the knowledge of said users, keep in mind – discovered was that social media emotional “contagion” is real. Users shown less positive emotional content became less likely to make upbeat posts.

Said manipulation could easily be used for marketing purposes, and that may very well already be underway, but such is a story for another time. The point: Facebook saw fit to experiment on its users. 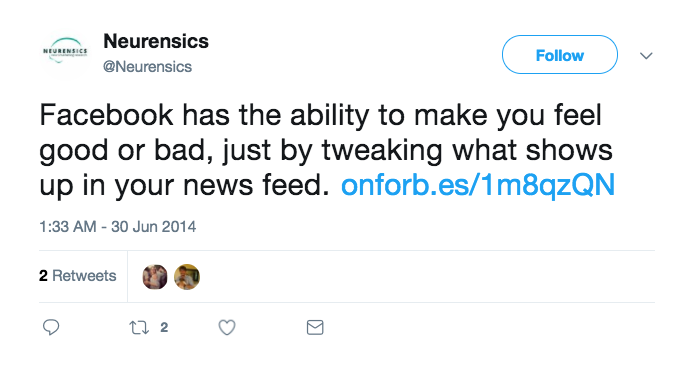 Imagine the impact of that in the weeks before an election. Imagine someone(s) at Facebook showing certain groups of users more or less positive content on the eve of Election Day.

Sound farcical? Too cynically dystopian? Then recall that Facebook also did its own little experimenting with an “I’m Voting” button a few years back. The company had already been fooling around for years with its ability to impact the likelihood of user voting. Then in 2010, Facebook decided to give some users the option of an “I’m Voting” button to broadcast their political engagement, and showed that click to certain groups of other Facebook users. What happened as a result? Those users’ friends, after seeing their pal click that button, became slightly more likely to click the “I’m Voting” button themselves.

Facebook has also experimented with showing certain users more news stories right before an election, rather than “personal” posts, such as baby announcements or wedding photos. Again, their stealth tweaking had a noticeable impact on actual, real-life voting.

That’s what happens when you start with a user base of 150 million.

The creep factor of this Silicon Valley power wielding multiplies exponentially when one considers all the low-hum buzz about Marc Zuckerberg, known hoodie ambassador and Facebook founder. His unannounced presidential ambitions are becoming ever more impossible to deny, considering his numerous and conspicuous stops in key voting locales the nation over.

Americans like to award genius and financial success, and Zuckerberg embodies both. I’m sure he’s well aware of that.

But a brilliant mind is no more a guarantee of good character than savvy business acumen. Zuckerberg has no more proof of ethical “goodness” than the current POTUS.

For a fleshed out and far more entertaining view of that truism, just watch Mike Judge’s excellent comedy series Silicon Valley. Animal abuse, bribery, vengeance, hacking: it's all modus operandi for the Hooli/Google empire, as well the hungry no-name upstarts.

And if the current presidency has taught the nation anything, it’s that character actually does matter. A president sets the tone, and if that vibe is “Let’s do anything it takes to win,” then his surrogates (and, clearly, family members) will follow suit. Even if it means cooperating with a foreign power – and a hostile one at that – to bring down a fellow American.

Even if it means unethical manipulation of Facebook user feeds.

I’m not saying Zuckerberg is necessarily a bad guy. Plenty of others far more knowledgeable than myself have already done so (see: The Social Network), while others have defended him.

What I am saying is that Americans deserve to vote without being unwittingly “nudged,” “tweaked,” or otherwise manipulated by those with the most power and most incentive to do so.

Ergo, any candidate from Silicon Valley needs to be treated with an excess of skepticism.

Given their unfair and potentially exploitative access to the personal life details of millions of voters, in an ideal world, social media tycoons wouldn’t run at all. But living in 2017, we're all aware that "ideal world" is not on option.

Keep that in mind when you share online, friends.