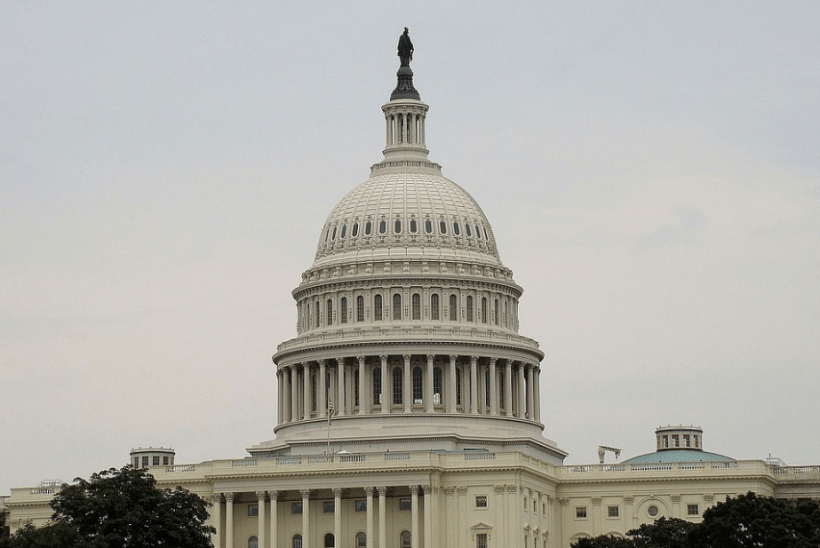 Alas, it seems as if the American public is taking steps back instead of forward. Lives are being toyed with as health care is being tossed from politician to politician like a ball that can be dropped without incident.

Many Americans watch in dismay and await the future of healthcare legislation in the United States. While the Affordable Care Act was imperfect — much like most legislation throughout history — the ACA was former President Barack Obama’s well-intentioned attempt to ensure that Americans had access to healthcare. By now, most Americans are familiar with the provisions of “Obamacare” that made the ACA both progressive and controversial.

Namely, the legislation included free birth control for women and mandated health care plans with the inability for insurance companies to refuse (or ridiculously inflate) the prices of health care policies for customers with pre-existing conditions. For many Americans, this landmark legislation was life-changing. For others, it was infuriating.

Subsequently, Americans watched the polarizing state of U.S. politics become increasingly divisive. When Donald Trump was elected, many conservatives and libertarians praised the inevitable healthcare “reform” that would surely soon follow. While repealing and replacing the ACA has not been nearly as easy as many Republican politicians assumed, the fervor is relentless.

And although there are many vulnerable populations that would be exploited by repealing the ACA, perhaps no population would be at risk quite as much as those with psychiatric disorders and addiction.

According to the American Foundation for Suicide Prevention, there are approximately 121 suicides per day. That means each week we lose almost 1,000 Americans to suicide. Let that process for a second. With such a leading cause of death among multiple American populations, one might think suicide would be high on the list of public health crises to include in health care reform.

However, if the current administration has any say in it, lives will continue to be senselessly lost due to our inability to appropriately address the medical needs of Americans who are suicidal.

If the American public cannot go more than a few weeks without being heartbroken by a celebrity death, imagine the havoc that suicide is wreaking on communities across the country. Now, more than ever, it is apparent that no matter how much success, money, family, love, and admiration someone may possess, there is no social panacea for the psychiatric disorders that often spur suicide and suicide attempts.

Because of the Affordable Care Act’s clause for Essential Health Benefits, people suffering from substance abuse and/or mental illnesses have been able to obtain health care. In fact, it’s estimated that 34 percent of individual-market enrollees who have histories of substance abuse, and 18 percent of enrollees with histories of mental illness, have been able to retain coverage thanks to Obamacare.

Health care cannot serve its complete purpose without its constituents feeling safe enough to get help. And that’s exactly what this Senate bill serves to accomplish: not only stripping healthcare from vulnerable populations, but also pushing people who are suicidal further into reclusion.

Unfortunately, much of that protection is in jeopardy. The Senate’s determination to waive aspects of health care reform that have undoubtedly saved the lives of countless Americans will have tangible effects in the United States if passed. Once again, the American public would be thrust back into a Darwinist environment where healthcare is only affordable and accessible to those who are healthy and wealthy.

According to Stanford University suicide prevention expert Dr. Shashank Joshi, “90 percent of the time there’s a mental health condition” present in those who attempt and/or die by suicide. There is no one-size-fits-all to treating most health epidemics that plague modern societies, and the suicide epidemic is no different.

One thing that is clear, however, is that a hands-on approach works best. When treating people who are suicidal, health care is crucial. Those who are ill need access to services such as therapy, psychiatric care, and coverage for hospital visits and emergency care. Additionally, there are community services that have been enacted to further support those struggling with suicidal thoughts and recovering from past attempts.

In Fresno County, California, one community took it upon themselves to create an initiative in response to four suicides in the Clover Unified School District this year. And now, because of a state law necessitating more comprehensive plans to prevent suicides in adolescents, schools like Clover Unified will need to have proper procedures for prevention, intervention, and “postvention” by the 2017-2018 school year.

Clover Unified has already begun the process of preventing further suicides in their district. School psychologist Jonathan Logan is one of the professionals leading the new initiative across Clover Unified School District. “We’ve come to understand this is not a school problem, not a home problem,” he said, “but a community problem and it’s going to take all of us.”

Proposed plans-of-action include facilitating discussions with students about mental health in classrooms and assemblies, providing better education for parents, and creating a system in which hospitals may communicate with schools in the event that a student has been discharged from a psychiatric stay. The goal behind these initiatives is to make suicide less taboo and more accessible to treat through both awareness and destigmatization.

Likewise, it is suggested to have the number to the National Suicide Prevention Lifeline (1-800-273-8255) prominently displayed and to avoid glamorizing suicide deaths or providing ample details as to avoid clusters — suicides occurring near one another in either time and/or location.

While the suicide cluster that rocked Clover Unified School District took place within an area where 43% of students receive free or reduced lunch, in recent years there have also been multiple suicide clusters in the exponentially more affluent suburb of Palo Alto. Much like the celebrities who shocked the world with their untimely deaths, the struggle is no different for average civilians.

Whether residing in rural Fresno County or progressive Palo Alto, whether famous and adored or unknown and unobtrusive, suicide does not discriminate.

The pervasiveness of suicide across demographic groups is most apparent by this shocking statistic: suicide is the 10th leading cause of death in America. It is not a niche killer that only affects a small portion of the population. Suicide is in the leagues of terminal non-discriminatory illnesses like cancer, Alzheimer’s disease, and stroke.

Death by suicide isn’t going anywhere. Even with the progress made with the Affordable Care Act, we are still seeing a staggering amount of deaths across all age groups because of suicide. While health insurance isn’t the only factor influencing recovery for people who are suicidal, it is a huge help. The ability to see professionals who can appropriately treat, diagnose, and monitor mental health conditions is absolutely vital in order to prevent suicide from penetrating our nation even further.

Health care is the first step, and destigmatization must come next. Because unfortunately, health care cannot serve its complete purpose without its constituents feeling safe enough to get help. And that’s exactly what this Senate bill serves to accomplish: not only stripping healthcare from vulnerable populations, but also pushing people who are suicidal further into reclusion.

By putting mental illness and substance abuse in a category of conditions that do not receive mandatory coverage, the American government and the insurance companies who lobby it further their mission to delegitimize these very legitimate disorders. Imagine a world where people who are suicidal felt like they could speak openly about their ideations. Imagine a society that accepted the brain/body connection and saw mental illness as very much physical. Imagine how much progress the United States could make.

Alas, it seems as if the American public is taking steps back instead of forward. Lives are being toyed with as health care is being tossed from politician to politician like a ball that can be dropped without incident.

The common denominator here is loss, and unfortunately that loss will grow exponentially if the United States fails to see the suicide epidemic for what it is.

If you like this article, please share it! Your clicks keep us alive!
Tags
ACA
health care
senate
republicans
suicide