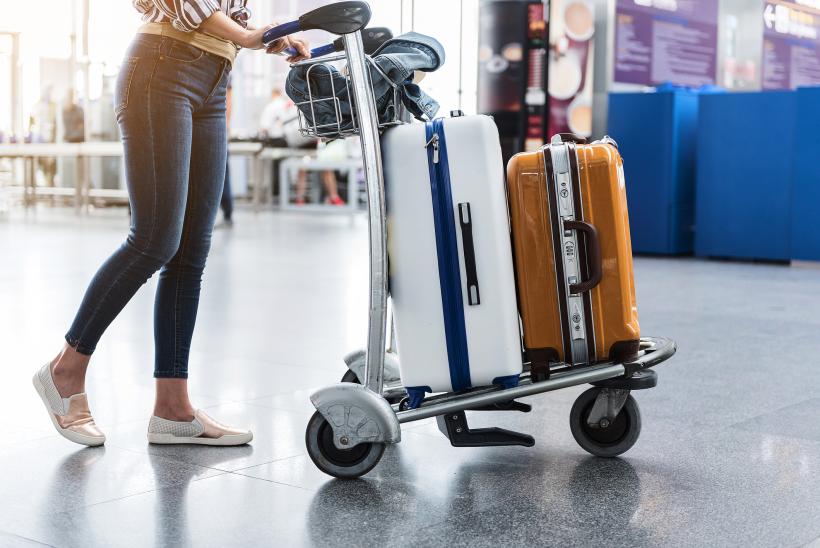 From how to stay safe and find comfort in unfamiliar cities to how to reap the most life-changing rewards here are 7 tips for solo trips!

The ripeness of a new year doesn’t just bring the hangover from one-too-many glasses of champagne or a credit card bill you’re terrified to look at. It also presents the opportunity to redefine your own metrics of happiness. If your desires for your next lap around the sun include satiating your wanderlust bug with a solo trip, it’s important to take the advice of seasoned female travelers who have been there, earned that passport stamp.

From how to stay safe and find comfort in unfamiliar cities to how to reap the most life-changing rewards from your independent excursion, take these 7 tips to heart before you board a plane with your mere two feet:

Be open to conversations at bars.

The perk of going on a solo vacation is that you don’t have any other schedule but your own to cater to. Want to sleep in and order room service? Or get up at 7 a.m. to be first in line at an overcrowded monument? Whatever floats your wallet and soul is the route to go. Even with this freedom and flexibility, you might find yourself a tad lonely for conversation when you’re touring around. That’s why solo traveler and founder of Nunchi Retreats Martine Volmar says striking up conversations at bars is the best way to meet locals and make meaningful connections.

Though it’s important to watch your drink and listen to your gut, a few friendly exchanges may result in new travel buddies. “It might feel awkward if you're solo, but some of my favorite travel stories started at a bar. Like the time an Irish bartender in Brussels offered to let me stay at her place. I'd just arrived to the city on a whim and I was trying to figure where I'd stay for the night, but I found a nearby hotel so didn't take her up on it. Even so, I ended up meeting with her and her friends that night for karaoke until all hours,” she shared.

What used to be an unheard of concept is now a new segment of the hospitality market, according to freelance translator Alla Stepanova. Female solo travel is actually so popular, thanks to the accessibility of flying and so many new explorers inspired by books like Wild or Eat, Pray, Love — more and more hotels want to be labeled as "safe." This gives jetsetters the peace of mind that their lodging is appropriate and welcoming to women exploring sans companion. To figure out if where you’re resting your head is recommended, Stepanova suggests googling "safe hotels" to cross-reference.

Read reviews but be open to changing plans.

Much like you’d give a glimpse to reviews at an expensive restaurant before you make a reservation, or check the customer feedback before updating your shopping cart with a dress that seems too good to be true, it’s important to study up on a location before you decide to trek to it alone.

And you’re not just searching for must-see attractions or hotels. You also need to look into what other female critics had to say about the destination, according to digital nomad Annie Jacobsen. Once you have a feel for the city, she suggests making a few plans with room to disperse. “You should be willing to throw a plan out the window as soon as you arrive for a better adventure. Some of the best experiences in life are spontaneous. Some of my favorite memories or best restaurants are from wandering lost around a city with strangers,” she says.

Always tell someone where you’re going.

Even if you’re in another timezone than your closest friends and family members, freelance graphic designer and nomad Veronica Silva says keeping them updated is a smart idea. “Always tell someone you trust where you’re going and staying. I always send my family my itinerary in case something happens. Maybe this is overreacting but it’s always best to be prudent, especially if you’re traveling alone,” she says. In addition to the safety of having a trusted confidant being informed of her whereabouts and on-call, should she need them, Silva also explains she feels more adventurous and open when she keeps a pal in-the-know. “You will feel more confident and tranquil during your trip and enjoy everything more because you aren’t worried,” she adds.

Be confident as ‘one.’

Though you’re A-okay ordering dinner for yourself and switching trains between Budapest and Vienna, or hopping a teeny-tiny plane between countries in Southeast Asia, those around you might be wary. Silva recommends taking it with stride — but be prepared for weird looks, because they’re definitely coming your way. “Just like my grandma thinks that I’m crazy for traveling the world by myself, many people are not used to it either. It’s happened to me countless times when I ask for one spot — to boat tours, movie theaters, restaurants — that people ask me back: ‘Only one?’ ‘Yes! Only one… what’s so wrong about being here by myself?’”

Have travel experiences in moderation.

While news reports may make you believe you’re putting yourself in danger because your only buddy is your carry-on, Malena Wilson, president of Miles Into Memories Travel, says it’s more about maintaining a healthy balance of adventure with wisdom. Like cheap vodka, end-of-season sales, and rich chocolate cake, solo travel is best approached in moderation. You want to say ‘yes’ to experiences as they come, but also be aware of your surroundings and strangers you encounter. “For me that means going out to dinner with my bunkmates but choosing to be back in the hostel at a reasonable hour. I've found that in general, people are good,” she says. “There was a girl from Japan staying at the same hostel as me while in Italy. She had left her suitcase unattended outside of a coffee shop and it was stolen. She had heard the area was safe, but clearly it wasn't that safe. The bright side of this story? At the hostel so many people went out of their way to help her. I gave her a spare t-shirt, others gave her their extra toothbrush, hair brush, etc. and even bought her dinner. I truly believe that people are fundamentally good, but that's not to say there's not a bad egg out there who will take advantage.”

Go somewhere and do something meaningful.

Ready to give the solo globetrotting a shot? Travel blogger Janice Holly Booth says you better make it meaningful. After all, it might feel easy to tour around London, but if the city doesn’t mean anything to you, it won’t make a difference in your life. That’s why going a step outside of your comfort zone and selecting places that will inspire you are key. “I recently went by myself to a weekend art class in the mountains of North Carolina. I hadn’t painted in 30 years, but found myself wanting to tap back into my creative side,” she shared. “I went to that class by myself, but encountered 15 other like-minded, creative people who made my experience even more rich, and who inspired me to paint every day after that, which I have!”

If you like this article, please share it! Your clicks keep us alive!
Tags
traveling alone
Travel
alone
solo
self-care

How To Teach Your Children About Gratitude
Lindsay Tigar