Why I Talk About My Virginity On First Dates 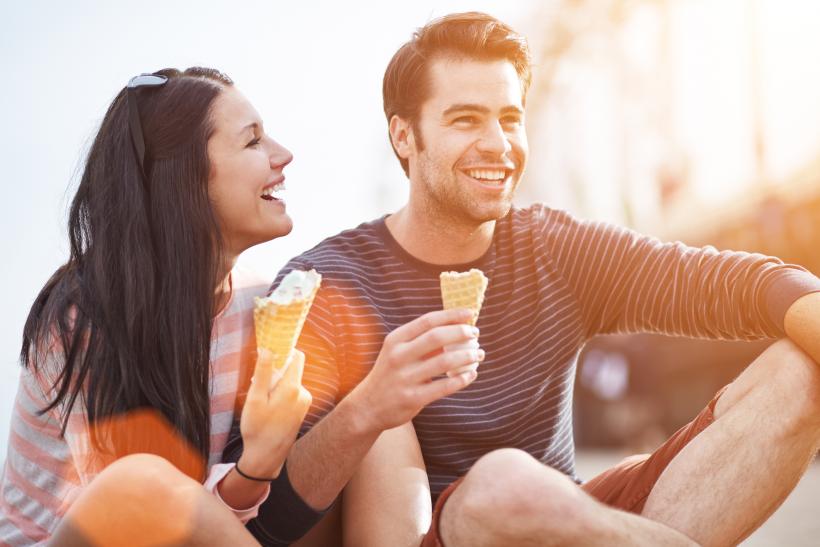 If you have to lower your standards to win, you’re not really winning.

He laughed at all my jokes, leaning in occasionally to touch my knee or run his fingers across the colorful tattoo on my right arm.

His touch didn’t thrill me, but it did kind of bother me.

This was the first date, after all, and I was making it pretty clear through my body language and the fake-laugh that occasionally escaped my lips that I wasn’t super “into” him. Except he leaned in and jostled my shoulder, told me he could tell I was sincere because my smile reached my eyes. I guess he doesn’t know anything about good faking, then, but I have mastered the art of making a smile reach the eyes but not the soul.

Here’s the thing about faking it: eventually, the truth comes out, or someone gets hurt.

And when we drained our drinks — the pricey cocktails that I was going to be paying for despite having a total of $60 in my bank account and working for $12/hour at a café — he offered to buy the second round. I believe his exact words were that he would also “give me an out” if I wanted to bail.

I did want to bail, but he’d mentioned before that he appreciated honesty.

Oh, how he would come to rue those words within five minutes’ time. See, by the end of five minutes, he’d discovered that I wasn’t immediately romantically attracted to him, that he was only my second date — ever — and that, oh yeah, I’m a virgin who plans to stay that way until I’m married.

"Why would you bring up your virginity on a first date, Karis?" my friends asked me later, their mouths horrified.

Because dating is a game and if you want to win it, if you want to walk away with the shiny prize of a brand-spanking-new partner and no more loneliness, you have to play by the rules.

Here’s the thing about faking it: eventually, the truth comes out, or someone gets hurt. Sure, I pretended to have a good time and laughed at his shitty “men are born with two heads but only enough blood to make one work at a time” joke, but then the date wore to an end, and I had the option of telling the truth or lying, saying I would text him, and then ghosting him.

Because I didn’t find him attractive, physically or, really, personality-wise; I didn’t want to date him; I definitely didn’t want to have sex with him. On a fifth date or a wedding night.

But I was open to the possibility that maybe, after a few more dates, I would like him.

I told him that, and he looked a little taken aback by my honesty. Because that isn’t how the game is played; that isn’t how you win.
Whatever. He asked me how long it usually takes me to be romantically interested in a guy, how many other first dates I’ve been on that felt mediocre but turned into something great.

You Might Also Like: The Science Of Vulnerability: Why Crying In Front Of Your Partner Strengthens Your Bond

Oh, how I do love forcing uncomfortable boys not to use euphemisms for sex.

“Well, I’m planning on waiting until I’m married to have sex.”

We ended the night with an agreement that maybe we would hang out again. Platonically, for sure. He wants sex, you see. (I know that shocks you.)

Maybe it seems like I lost the game. I flouted the rules, the rules of euphemisms and coyness and angling and secret-keeping, and I wound up right back where I started: without a boyfriend. Which, you know, getting one is kind of the whole point of dating. We don’t date just for the immense pleasure that is awkwardly meeting a new person and spending a few hours trying to impress them. We date for something more: we date to find a relationship, or get a hookup, or fall in love. Whatever you’re dating for, you can’t deny that there’s an object to the game.

But here’s the thing. I have a standard. We all do.

Mine’s just a little different: mine is that I’m not going to sleep with a guy until we’re married. Even if that’s not your standard, you do have one. Maybe it’s that you don’t like navel piercings or male ear piercings. Perhaps you won’t put up with him talking to his ex. Or you want him to live on his own and not in his mom’s basement. It can be whatever, big or small: the point is, we all have something that’ll make us call off the dating.

The rules of the game say that maybe you shouldn’t bring that thing up on the first date. You definitely, definitely should not bring up anything that might make your date think of you as a non-starter.

But that, again, is bullshit.

Because if someone’s going to break my heart by the fifth date after I’ve grown attached, I’d rather know it on the first date, before I get attached. And vice versa.

Listen, I got the distinct impression from my date that sex, or rather the lack of it, would be a deal-breaker. That maybe he’d be fine with a few chaste dates, but eventually, he’d wanna do it.

Two heads and whatnot.

For me, it’s the opposite. No, I’m not averse to sex; I’ve just decided to wait until marriage, for both personal and religious reasons. Does that mean it might be a little harder to find someone, to win the game?

Let me posit you a theory: if you have to lower your standards to win, you’re not really winning.

Like, if in to order dunk the ball you have to bring the basket down to eye-level, you’re not really winning a game of basketball. You’re faking it. And remember what I said about faking leading to someone getting hurt? Eventually, you’ll remember your standards and why you had them.

I don’t think winning the game is about hooking whatever floppy fish you can find; it’s about catching the best one, the one that’s going to make you happiest. So rejecting or being rejected on a first date by someone who would reject you on the fifth? That’s merely saving yourself heartbreak.

I did not lose the game. I fucking won it. Rules be damned.

If you like this article, please share it! Your clicks keep us alive!
Tags
dating
virginity
Sex
first dates
standards