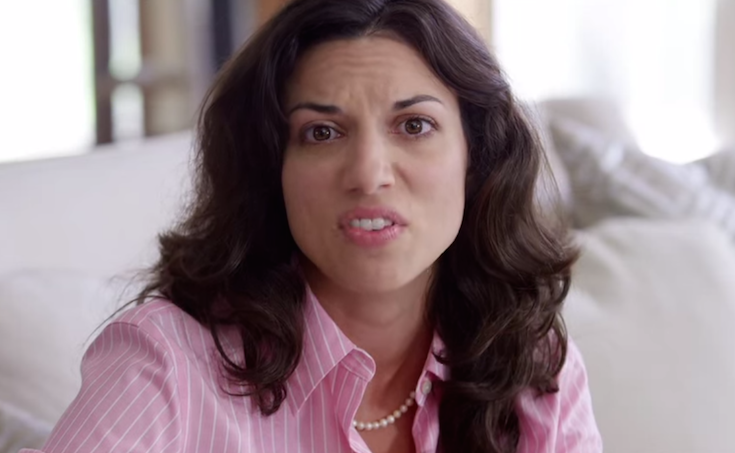 Not that we need a recent poll to tell you this, but most American women feel the GOP is out of touch with their needs. To curry dwindling female confidence in their party, the GOP has been trying to appeal to the ladies. The problem? Their attempts have been ridiculously misguided. Oh so misguided.

Example A: In the wake of Barack Obama knocking Hillary Clinton out of the Democratic primary, John McCain decided to curry the female vote by bringing in one Sarah Palin. Thus, the first viable veep was annoyingly folksy and intellectually lacking. But hey, at least she's beautiful! Apparently, to the GOP, that's where real feminine value lies.

Example B: Last June, Michigan Representatives Roger Victory, Peter Pettalia and Ben Glardon posed on the House floor with Glamour and Harper's Bazaar, tweeting the picture with the caption: "Don't say we don't understand women." Because, you know, perusing the glossy pages of women's rags totally makes you an expert on women's issues. So much no.

Need we go on? Well, apparently we do. Because now there's a new example of Republicans epically failing to court the female vote. And this one's really a doozy.

So Bad It's Funny?

What makes it so troublesome? First, it connects political affiliation with dating. The woman in the video pledges her support to Obama, then discusses a betrayal the way you'd talk about a lover. It then goes from weird to woeful when she complains that the Democrats assume women only care about birth control, when in fact they are concerned about many issues.

So let me get this straight: Democrats think women only care about birth control, but Republicans believe they can only reach women by talking about dating? Hello hypocrisy! Worse yet, some viewers feel the relationship described sounds abusive, and that it mocks those actually in dangerous relationships.

Sadly, some see this ad as some kind of liberal victory, because it makes the Democrats look better. It's not. Because no political "win" is worth such an epic loss for women.

Watch below if you dare.