How A Pakistani Woman Changed My Views On Muslims 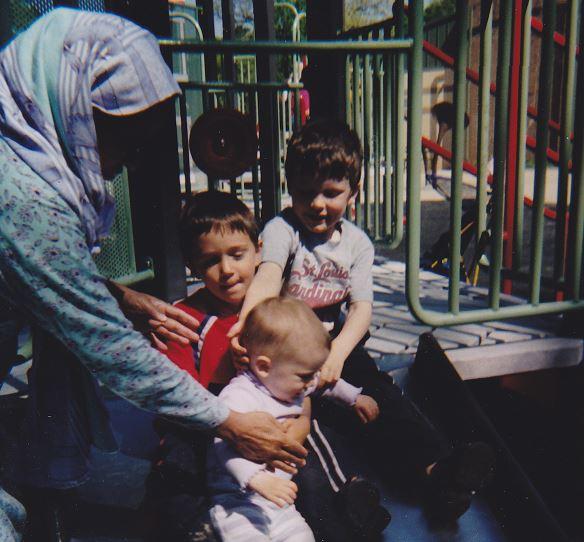 Khala with David, Marek, and Rosa

Although I tried to convince myself that I wasn't racist, if the truth were told, I didn't like Muslims. Especially after 9/11. My husband is a New York City firefighter and although we're very lucky he came home that night, we lost friends and neighbors in the attacks.

And if I were totally honest, I had an even worse problem accepting Muslim women because I felt they were controlled, even bullied by their men. Maybe it was my imagination, but I always thought they looked at my uncovered head, my bare arms and legs, with silent disapproval. But that was before Khala.

When I picked up my son David from his first day of preschool, Khala stood out from everyone else. Petite, dark-skinned, swaddled in a veil, her salwar kameez (a top dress worn over trousers, similar to a sari) swirled in the whirlwind that always seems to stir the tiny corner of the schoolyard. Khala helmed a Maclaren stroller which held Rosa, the infant sister of Marek, who was in David's class at P.S. 107 in Brooklyn. Marek ran happily into Khala's arms. Her pleasant tan face lit up when she saw him.

Marek and David became fast friends. Often, Khala and I walked together to the playground a few blocks away as the boys ran ahead. And slowly, steadily, my initial impression of Khala—and of Muslim women in general—began to change.

Her real name was Saadia but all the children called her "Khala." I learned that the name was an Urdu term of endearment meaning "Auntie." To Marek, she was "My Khala." David referred to her as "Your Khala" when talking to Marek. But soon, Saadia became everyone's Khala.

Khala had cared for Marek since he was a few months old and she'd looked after Rosa since she was born. Khala spoke of them with a grandmother's delight, remembering milestones, likes and dislikes. To Khala every child was "my boy" or "my girl," not just the ones she was paid to babysit.

I learned that Khala was originally from Pakistan and that she'd been granted religious asylum in the United States. Khala was an Ahmadi Muslim, a sect that was vehemently hated—and thoughtlessly murdered—by Shiites and Sunni alike. I couldn't imagine anyone wanting to hurt Khala, let alone even be angry with her. She was a pure, good soul whose smile shone with kindness. And nowhere was her beneficence more evident than with children—all children.

Khala had her own unique way of pushing the kids on the swings. Even though us parents tried to emulate her, it wasn't quite the same. Soon, our preschoolers were all clamoring, "No, let Khala do it!" And she did, gladly. Khala held the swing's seat firmly in both hands, counted off from one to three, and with each number, gave a harder pull upwards. On three, Khala pushed the swing with all her might, ducking beneath it and running to the other side, her salwar kameeze trailing like streamers.

I don't know who laughed more heartily, Khala or the kids. Maybe the magic had something to do with her colorful veils, patterns of stripes, flowers and sparkles flying behind her, clashing but somehow working together. Or maybe it was her musical chuckle.

Like a Pakistani Mary Poppins, Khala pulled a smorgasbord of goodies and wonderment from the satchels suspended from the stroller handles: squeeze yogurts, juice boxes, Pirate Booty, fresh fruit delicately cut for little mouths, sand toys, even soccer balls. Did I mention that Khala was also a fine goalie? She dashed back and forth, quick as a cat, as David and Marek took shots on her, veils flying in the breeze like the flags of many nations. Smiling, always smiling.

As spring turned to summer, we would go to the fields that stretched across Prospect Park so the children could run. There was always a convergence of other babysitters that Khala knew, "my friends" she'd call them, and she would introduce me to each one. Like Khala, they were gentle, tawny-skinned women, and they hailed from different oppressed lands across the globe. Some were from Pakistan too, and others were from places like Tibet.

Although most were Muslim, they didn't wear the same garments or cover their elbows and knees like Khala. She invited me to join them, which I often did. We sat on brightly-colored cloths spread out on the new grass, surrounded by the scents of the exotic foods they carried in Tupperware boxes and shared.

There was one thing about Khala that took getting used to. Strict Muslims believed it was forbidden for a woman to be alone with a man, even a taxi driver or delivery man. This meant that my husband, whom Khala knew well and liked (and vice versa), couldn't be part of a "play date" with Khala's charges. There was always the chance the children might go off to another room, leaving the two of them alone, albeit briefly. But we acknowledged this belief and respected it.

The first time I was alone with Khala indoors, I sensed that something was different. Then I realized that I'd never seen her with her head uncovered. Khala's hair, which I'd only gotten glimpses of beneath her sheer veil, was long, black and shiny, stranded with silver. She seemed more relaxed without her head covering, more unencumbered. I felt honored in a strange way, privileged that Khala felt comfortable enough with me to remove her veil.

Now David and Marek are in high school. Rosa has outgrown the need for Khala. But Khala and I still run into each other occasionally on the avenue and the conversation is always warm. Her face always lights up into that wonderful smile.

Between Khala and me, there remains a unique bond. It is the kind of connection people who come from different worlds and have different beliefs share, a nameless thing of value which people have taught each other but never speak of.

One of the things Khala taught me is her patented swing—"the underthingy" as the boys called it. Now that my son is grown, it comes in handy with other kids, who all seem to love it, too.

And the other thing Khala taught me is priceless. I will carry it with me always.

If you like this article, please share it! Your clicks keep us alive!
Tags
muslims
Islamophobia
Children
child rearing
khala
Pakistan
religion
tolerance 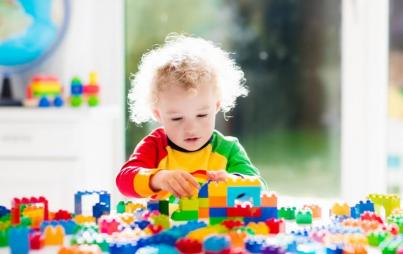