After 12 Years, My Husband Changed His Mind 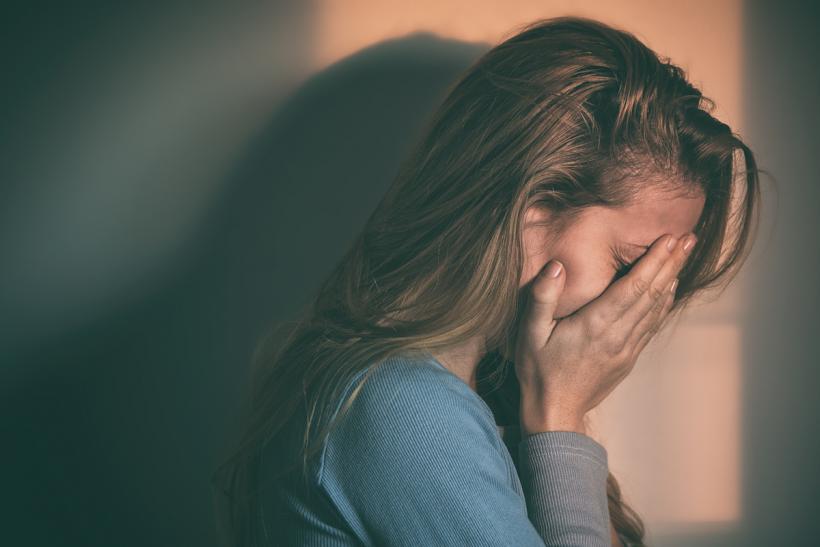 I wonder what I should have done then, what I can do now.

You never think the person you love and trust the most in the world could cause you the most excruciating pain.

He not only broke my heart, he ripped it from my chest and walked all over it.

We married after 10 years together, a truly beautiful day shared with our closest friends and family. Bursting with love and excitement we had our lives ahead of us, plans for adventures all around the world.

I believed we would be together 'til death, upset by the mere thought that something might happen to him to take him away, never imagining he would choose to walk away.

With all the uncertainties in life, the one thing I knew for sure was that we had each other.

We went from stupidly happy madly-in-love newlyweds, with him telling me I was all he ever wanted and promising me forever, to less than two years later him reading a script, telling me he didn't want to be married anymore, didn't want me anymore.

He put into writing his recent disdain for the obligation he felt having me as his wife, a sense of duty the only reason he was spending time with me, and his resentment coming home to me. Ouch.

As he uttered those words that night (while staying at a luxurious hotel for my birthday, how’s that for timing), my body went into shock. The taste of vomit ﬁlled my mouth, I began to hyperventilate and could no longer breathe, as a panic attack consumed me, all the while my heart aching (literally and ﬁguratively). Every ﬁber of my being rejected what was happening.

How could this man I knew, this man I thought I knew, after 12 years, after committing to be together through good and bad, dust his hands of me with a simple change of his mind — throw me away with the other things he had no use for anymore — old t-shirts, socks with holes, and my love.

So what caused this catastrophic turnaround in his attitude, how did he morph into a person I could no longer recognize?

It's a clichéd tale as old as time, it’s the other woman.

A few months earlier, he had become friends with a female work colleague, but I wasn’t worried, they were friends and that was great, I was happy for him.

Slowly he began spending more and more time with her, going home with her instead of me after dinner because “you’ll just go to sleep, so I might as well hang out with her," at her house drinking until 4am, leaving me to explain his absence at social occasions, texting her when he wasn't with her. He constantly prioritized their relationship over ours, and it broke us. It was an emotional affair of the heart and mind.

I felt him putting distance between us, but when I would ask what was going on I’d receive a passive aggressive “nothing” and irritation if I pressed further. If I commented about his new excessive relationship, he would accuse me of not wanting him to have a friend, or make me feel neurotic. He told me to trust him, so I did.

We were living in Asia at the time and had planned a move to Europe. One night as we walked to dinner, he casually informed me that his friend would also be moving to the same city, to work at the same company as him. He assured me it was all just a coincidence, and said he didn't understand why I wasn’t excited.

I had been looking forward to a new and exciting chapter, getting back to being us. Realizing she was going to be in our future, I said we needed to talk and he agreed. I was ready to be open and honest and work out what we should to do, but he had other ideas.

He didn't want to try, didn't want to talk about it, just wanted out. I was given zero input in a decision that turned my life upside-down. He left for Europe to live our adventure without a second glance.

Issues he said had been bothering him could have been easily resolved months earlier if he had said something. Instead he said nothing, stored it up and used it as his justiﬁcation. He later admitted they weren't even real reasons, just made up excuses.

The man I fell in love with and committed to spending my life with was kind and compassionate, and would never have contemplated treating me the way he did. The person he has become is unrecognizable to me — not my lover, not my best friend, not my husband. He has become cruel and thoughtless, selﬁsh and hurtful.

At night sleep evades me as I writhe in a silent pain, trapped in an emotional jail cell, trying to imagine life without him. When I eventually fall asleep, I dream of him, now the only time I see his face.

During the day I attempt to distract myself, until something reminds me and harsh reality crashes over me once more. Each day I think the pain will lessen, but it never does.

I never understood what it meant to say someone was damaged or broken, but now I am that person.

I fear I will never be capable or giving another person my trust or love again.

For now, I am swallowed by grief as I mourn the loss of him and our love, a love that kept us in a cocoon of warmth for over a decade. I try to remember him as I knew him — my biggest supporter, a man who made me happy with kisses on the forehead and comfort in his arms. Where that man has gone I don’t know, if you ﬁnd him send him to me, I really miss him.

‘So what are you gonna say at my funeral, now that you've killed me?

Here lies the body of the love of my life, whose heart I broke without a gun to my head.

… Rest in peace, my true love, who I took for granted.’

If you like this article, please share it! Your clicks keep us alive!
Tags
Betrayal
infidelity
break-up
cheating
marriage
divorce