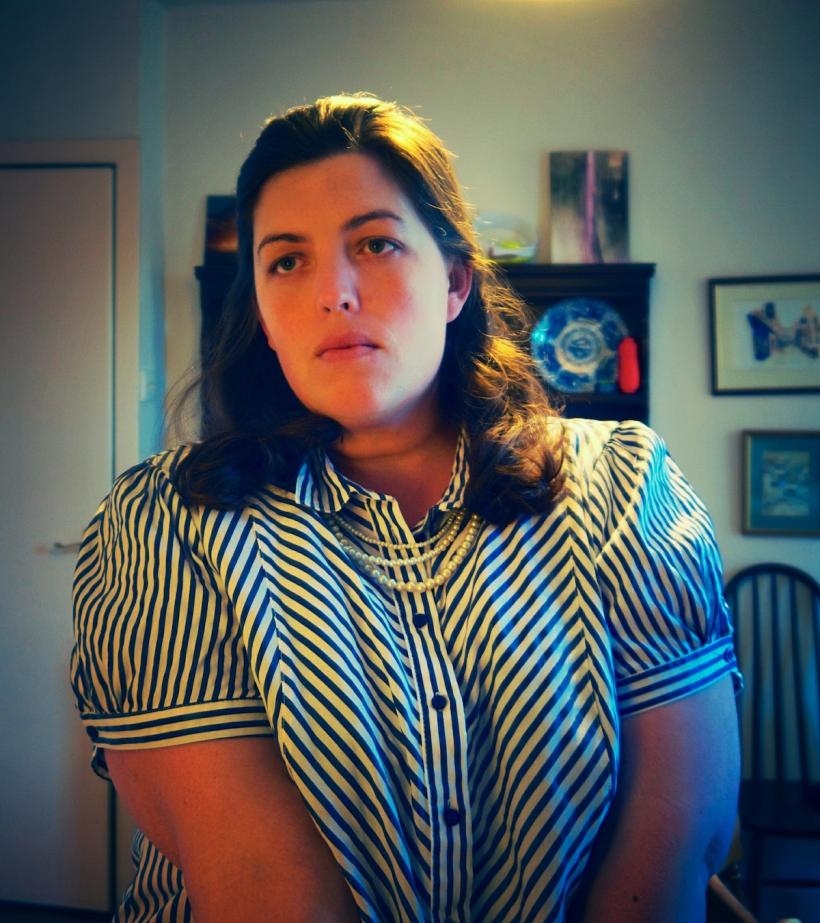 This is the time to fight, to hold the line, to preserve our humanity and protect our bodies — all of our bodies. (Image: Flickr/ mumography)

In the U.S., we have a president who thinks it’s okay for men to sexually assault women they find beautiful, and hop on twitter to insult those they don’t. A president who is fine with turning people into incubators with fewer rights than a corpse. A president who has promised to compromise access to healthcare for up to 30 million people and return us to the days when people who were sick (or just fat) could be refused health insurance, and babies born with health issues could reach their lifetime insurance limit before leaving the hospital. A president who has abandoned the work to eliminate the systemic racism within policing that has led to the deaths of men, women, and children of color. We have an administration that can’t find $55 million dollars to bring clean drinking water to Flint Michigan but has no problem finding $15 billion to build a useless wall — the only accomplishment of which will be to serve as a monument to our president’s xenophobia and racism.

It’s a dangerous and challenging time for many of us to have a body in the United States.

There are things we can do to not only love our bodies but give them our support during the era of the bigoted, fat shaming, twitter tantrum throwing man-baby who is, for now, our president.

An excellent option for all action is to know the Senators and Representatives in your state. Then keep updated on what’s going on, and call them and tell them how you want them to vote. There is a guide — here.

I’m not talking about cutesy BoPo that only includes thin, white, cis, stereotypically attractive, thin to maybe-a-little-chunky, hourglass-shaped, femme presenting women. I’m talking about the intersectional, fundamental right we all have to love and appreciate our bodies without shame, stigma, bullying, harassment, or oppression. We take better care of things we love. We speak up and protect people we love. If we love and appreciate our bodies, then we are more likely to defend them from the onslaught that Donald is getting ready to unleash by giving them our unconditional, full-throated support.

This regime seems to be against all the things that are known to lower abortion rates (comprehensive education, easy and affordable access to birth control, etc.), while also wanting to ban abortions.

Moreover, in the words of Diana Whitton: “Laws never prevent abortion. They never have, and they never will. All they prevent is safe abortion.”

I firmly believe in hoping (and protesting) for the best, and planning for the worst. So I think we need to start getting organized to protect each other if the current regime becomes a predator against, instead of protectors and providers of, women’s health. For now, here are some preliminary steps we can take:

The current underlying belief in the US is that people don't deserve healthcare unless they can sufficiently increase the bottom line of one or more for-profit companies (where "sufficiently" is defined by the companies themselves.) Thus, in our country, the CEO of a pharmaceutical company that makes a life-saving drug is supported in the insistence that someone making $20,000 a year should die if they can't pay an amount for the medication that allows the CEO to make $41 million dollars a year. And an insurance company executive who makes $47.46 million dollars a year was allowed to tell someone with a chronic illness, or a BMI greater than 30, that they can’t have health insurance because it might cut into the profits that allow the CEO to make $130,000 a day, 365 days a year. Meanwhile healthcare providers are allowed to charge people without insurance massively higher rates than they charge insurance companies for the same services.

The Affordable Care Act (aka “Obamacare”) started to change that by removing the ability of insurance companies to deny coverage based on “pre-existing conditions,” or institute life-time caps, and added government subsidies that made insurance available to about 20 million US citizens who previously could not obtain it. The ACA isn’t perfect, and many people still can’t afford healthcare, but it was a significant step forward.

Now, Republicans are planning to repeal the ACA with absolutely no clue how to replace it with anything, that won’t pull the rug out from under tens of millions of people and cause tens of thousands of deaths in the first year alone. For reference, their current best idea involves just telling people to save money to pay for their own healthcare.

We have to get way out in front of this one, call our Senators and Representatives, make sure that our friends and family understand what’s at stake (it turns out there are people who think that they are against “Obamacare” but for the ACA, not understanding that they are the same thing). At the midterm elections in 2018, we need to find intersectionally progressive candidates and flood phone lines and polls to get them elected.

Working in Solidarity with Oppressed Communities

Donald ran a campaign of blatant racism, misogyny, xenophobia, Islamophobia, anti-Semitism, ableism, homophobia, and transphobia. His top advisors are proud white supremacists (aka “Alt-right”) so having a brown or black body, a disabled body/body with a disability, a Muslim body, a Jewish body, a trans body, living in poverty, and more — all of which were dangerous before because of systemic oppression — is becoming more dangerous than ever. We must center the voices of people from these communities, support organizations that advocate by and for these communities (there’s a good list here). We must seek out, confront, and dismantle our own bigotry, own and learn how to use our various privileges (and remember that being oppressed in one area is not a get-out-of-privilege-free card in others), and keep constant pressure on our legislators to do the same.

This is not the time for unification behind a would-be despot; this is the time to fight, to hold the line, to preserve our humanity and protect our bodies — all of our bodies.