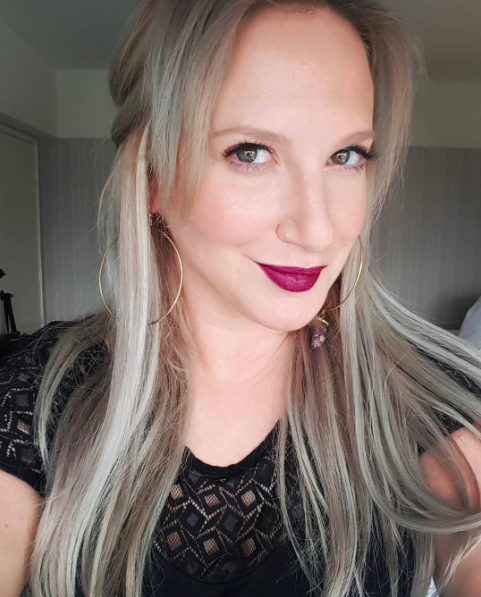 Leigh Bardugo is one of the bigger names in young adult fantasy, having penned a trilogy and a duology in the Grishaverse, the magical world inspired by Russian folklore, as well as a Wonder Woman novel and a recently-released book of short stories also set in the Grishaverse.

In addition to being a masterful teller of tales through writing, she is funny, bold, and wise in her speaking. The kind of person who would recognize a random interviewer’s name on the book she was to sign and give her a hug. (Yes, the random interviewer was me, and no I’m not over it yet! Leigh Bardugo gave me a hug!)

I say this because it’s important to know that Leigh isn’t just an incredible writer; she’s also an incredible person, not least because she writes very diverse stories that give readers the gift of representation. I was honored to have the chance to chat with her and get to know a little more about her background, as well as why specifically she writes about disability (it’s personal), and some of her dream writing projects.

Why do you write books for young adults?

I’m very proud to be a young adult author, but I write the stories that interest me and sometimes they’re for that audience and sometimes they’re not. Young adult narratives frequently focus on moments of radical upheaval, transition, figuring out who you are in the world. I think that’s why they resonate with so many readers regardless of age, and it’s a big reason I’m so drawn to telling those stories.

Why do you feel it’s important to write books, specifically books for teens, about people with disabilities?

Because romance, adventure, and heroism don’t just belong to the able-bodied.

How do you think it might be empowering to a disabled teen to see a character like Kaz Brekker kicking ass while walking with a cane?

I don’t know if it is. I hope it is. In fiction, disability is too often used as part of a character’s tragic backstory, the moment they became “broken” or embittered, or the thing that they oh-so-nobly endure. Kaz has plenty of things to get over, but his disability isn’t one of them.

I know part of the reason you write about disability is because you live with pain, and I believe I read somewhere there was a degenerative condition; what is it like to write about something so personal but in a fictional setting?

I live with chronic pain and there are days when it feels like it’s all that I am, but I’m always surprised at the things that creep out on the page. I see a lot of my anger in Kaz, but I also see the peace I’ve made with at least some facets of my disability. When he talks to Wylan about shame, that’s very much me talking to my readers and saying you don’t have to be ruled or defined by something others have told you is a weakness…Kaz is probably the closest thing I’ll ever write to wish-fulfillment and there’s no question that writing him made me see myself and my cane differently. He gave me the gift of swagger.

What is one piece of advice or word of hope you would give to someone living with a disability about their own future and success, as someone who is achieving success herself?

That’s so hard. I live with a disability but I know others cope with a lot more pain and more severe mobility issues, so I don’t want to sit here and dish out platitudes. I guess I would just say build your army. Find people who value you and see your strength. Lean on them and let them lean on you. It’s still hard for me to ask for help. I still have days when I push through instead of just saying, “No, I can’t.” You do the best you can in the moment and that’s all you can ask of yourself.

What would be (or has been) your dream writing project?

We’ve been talking about the possibility of illustrated folk tales since I wrote “The Witch of Duva” in 2012. But a collection like this takes so much work and time, I never really thought it would happen. Then a year and a half ago, I got on twitter and just straight up asked if readers would be interested in a book like this, and the response was incredible. So corny as it may sound, The Language of Thorns is very much a dream project and my readers were a big part of making it happen.

Where would you like to see the rest of your writing career go?

Oh god, please don’t tell me I’m supposed to have a plan. How about... Keep writing books, take on projects that scare me, maybe start a cult?

If you like this article, please share it! Your clicks keep us alive!
Tags
Books
writing
disability
representation
Interview
YA lit