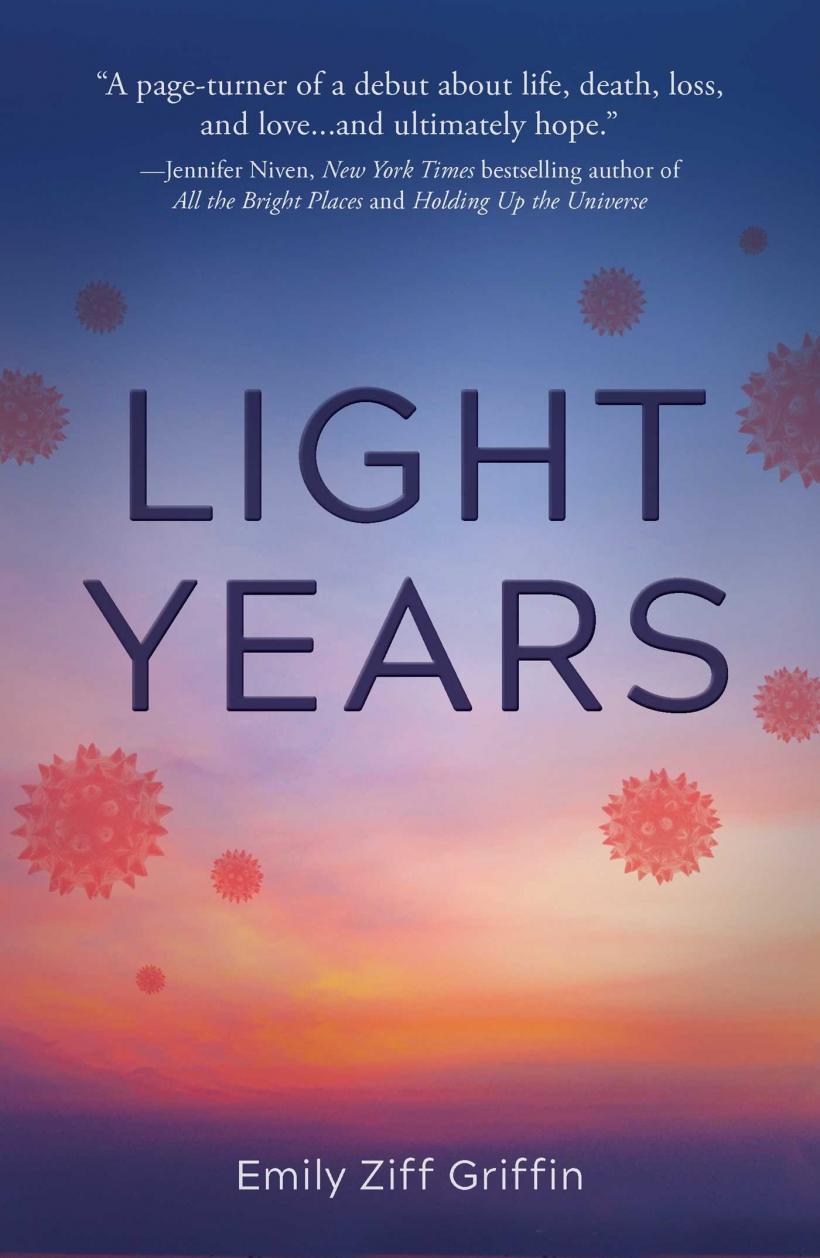 Emily Ziff Griffin was 25 when she co-founded Cooper’s Town Production with her good friend Philip Seymour Hoffman and produced Capote, a film that earned Hoffman an Academy Award and received a 4/4 rating from influential film critic Roger Ebert.

Long before becoming a producer, though, Emily was a young girl whose parents split up when her father realized he was gay; they maintained a close relationship, however, and she says she “was lucky to feel very nurtured by both of them growing up.” Some of her favorite memories include a sleepaway camp in Maine that truly nurtured her sense of independence.

On top of the career she’s already built for herself, Emily’s debut young adult novel Light Years released from Simon Pulse/Simon & Schuster in September. From the publisher: "Luisa is ready for her life to start. Five minutes ago. And she could be on her way, as her extraordinary coding skills have landed her a finalist spot for a fellowship sponsored by Thomas Bell, the world’s most brilliant and mercurial tech entrepreneur. Being chosen means funding, mentorship, and most importantly, freedom from her overbearing mother. Maybe Lu will even figure out how to control the rare condition that plagues her: whenever her emotions run high, her physical senses kick into overload, with waves of color, sound, taste, and touch flooding her body.

But Luisa’s life is thrust into chaos as a deadly virus sweeps across the globe, killing thousands and sending her father into quarantine. When Lu receives a cryptic message from someone who might hold the key to stopping the epidemic, she knows she must do something to save her family—and the world."

I had the pleasure of reading an advance copy and found it intriguing and thought-provoking on many levels, from its premise to the spiritual elements embedded in the story. It’s a truly fascinating read.

I got to chat with Emily over email about how she got started producing and then writing, and about the story at the heart of Light Years. I’m so excited to share her answers with you!

When I went to college it was with the intention of becoming a photographer. That shifted into a real passion for film, but by the time I graduated, my confidence in myself as an artist had eroded some. I have various theories about why. But I was afraid to declare myself an artist. And so producing seemed like the next best thing — a way to be creative but not responsible for the big vision.

My first job in the business was as a producer's assistant, then a talent manager's assistant, and on from there. Over time, though, that initial compulsion to create my own work re-emerged and I started to write. I met [Phil] through his former manager for whom I worked as an assistant shortly after college. I started as Phil's assistant, and within a year of working together we decided to start a company and produce movies. He really empowered me from the place of, "You wanna produce? Produce." And he gave me the platform to try and to learn.

Why do you write?

It gives me joy and I have something to say. Without sounding too grandiose, I feel it's our obligation to share our most authentic selves with others in whatever form. We are here to love and to create. I really believe that! It took me a while to find the form that seems to allow me to do that. I take pleasure in my voice, not in a narcissistic way, but because its ability to connect with, move, and entertain people thrills me. It's my small way of changing the world. And therefore, it's my duty.

If you knew the world were ending next year, would you continue to write and tell stories?

Probably, because I think it would take the world ending for me to believe that it actually would. So I'd be writing with hope for a miracle, for one thing. But also, I think sharing writing helps us all, reader and writer both, to make sense of things. And as the world were ending, I would need a way to make sense of it all.

Why did you choose YA for your noveling debut?

I think teenagers are just so wildly sophisticated, and they sit right at the pivot point of culture. They are in the process of forming where the culture is going to go. I wanted to be part of what influences that. I wanted to say, here are some ways to think about death, about loss, about media and technology, about creativity and emotion, about your own agency — maybe even about the nature of time and space that you haven't considered.

I also think they are pandered to by so much of the media that's made for them, and I wanted to offer something really different and unexpected with this book. And of course, I was writing about my own experience as a teenager.

What was it like taking such personal experiences you’ve had — death of people close to you, first love, and all the spiritual elements — and fictionalizing them?

It was so healing. I really learned so much about myself and those things by writing about them. And I deepened the thing I learned from Phil over and over, which was how to make work that's always really real and vulnerable and personal without just being literal. Those experiences were like the wood frame of a house, they give the house its shape but you don't actually see them in their literal form when you look at the finished product.

The length of time it took and the uncertainty about the outcome. It was a huge investment on many levels. I wrote most of it with an infant and a three year old at home, after moving to LA without any source of income. Letting go of the pressure and expectation that created was really hard. [And] so far, it’s proving tougher than I’d hoped to get people to pay attention. There are so many books and so much content vying for our focus, but I believe in this book so fully. It’s not what you expect it to be, it really has to be read I think. It has to be experienced, and it’s hard to get people to read.

The twist at the end was wild and unexpected — at least to me. Did you know going into the book that would be the cause, or did you discover as you wrote? Why is it that you chose this?

It definitely evolved as I wrote, but I did begin with an interest in somehow talking about how I experienced the AIDS crisis in the 1980s, which was that certain people were dying and certain people were OK with and maybe even glad about that. The amount of creativity the world lost to that epidemic was something I was thinking a lot about. I’ve also studied yoga for a long time and I really wanted to explore the connection between mind and body because I think our culture tends to be in denial about that, and I wish we weren’t.

If you like this article, please share it! Your clicks keep us alive!
Tags
interviews
writing
YA
inspiration
Art
creativity