Is It Sexual Assault If You're Married? 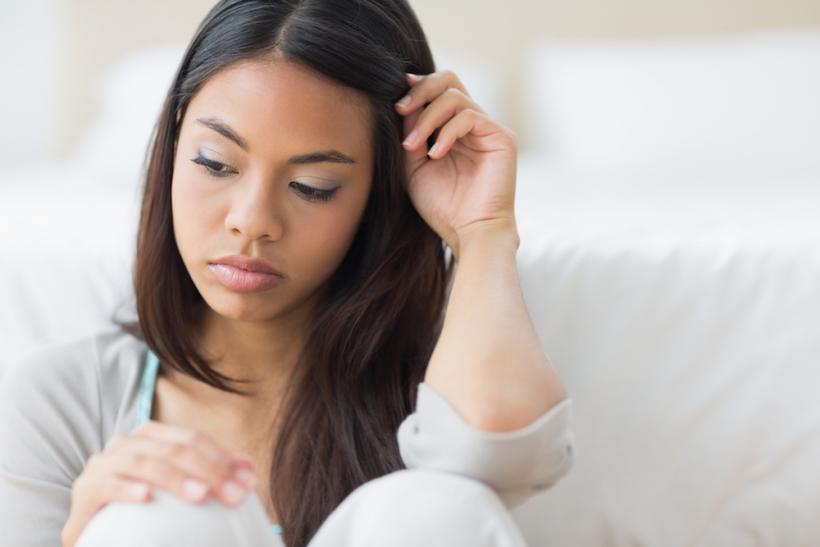 Sex that isn't consensual is not consensual, whether your married or not.

There is an old parable about a scorpion and a frog. The scorpion wants to cross the river — of course, he can’t swim. He spots a frog and asks him for a ride.

(Why the scorpion and frog are occupying the same habitat is an overlooked plot-hole.)

The frog, understandably, is not down with a hitchhiking scorpion. “Why would I give you a ride? You’d kill me.”

The scorpion, apparently in great need of crossing this imaginary river, promises he won’t sting the frog. The frog agrees, albeit under duress. The scorpion hops on his back, and you know what happens next.

It’s like every horror movie; the blonde insists on going outside to check on the suspicious noise (usually an ax murderer). The audience screams “DON’T DO IT!” She ends up with a severed head.

So it is with the frog. As he dies, he says to the scorpion, “You promised you wouldn’t kill me.” To which the scorpion replies, “You knew what I was when you picked me up.”

I think this is the parabolic equivalent of “you asked for it.”

That, broken down into its most basic components, is how my marriage felt. I knew what he was. He knew what I was, too. The difference? What I was didn’t bother him. The things about me that you'd call faults, he found endearing.

I found him mostly lazy and irritating. Physical attraction was sporadic, fleeting at best. I thought he probably loved me enough for the both of us. He was my first — and last — boyfriend who became my eventual husband. I knew what he was when I picked him up.

More accurately, I knew what he was not.

I knew we weren’t equally yoked. I knew I’d always feel a little better than him at almost everything. Not because I’m arrogant, but because it’s just true. He could not have loved me enough for us both. I knew I’d never be attracted to him like he was to me. I knew that was unfair to us both.

Early in our marriage, every promised backrub was a gateway to sex. It wasn’t a matter of whether or not I wanted it; it was just a matter of when I’d surrender to it. I could have left the marriage, freed him and myself, but I didn’t. Instead, we had two kids and I resigned myself to a lifetime of backrubs turned into coerced sex.

It wasn’t that way every time. It was good sometimes. It has to be good sometimes. When you’re in a partnership (and it’s not an abusive one), you’re inevitably going to be close enough for intimacy, even if only occasionally. It’s a game of odds, really.

I loved him. I just didn’t like him very much.

As is the case in most marriages, his sexual desire outran mine many times over. Most men seem to simply require more sex than most women. Many (most?) women resign themselves to giving it. Coerced sex is better than trying to cope with your sexually frustrated tantrum-y spouse.

We’d all hope this wasn’t the reality of many marriages, but it is. Lots of women are having sex they don’t want. Lots of men are taking that sex because they don’t care.

Consent gets tricky in marriage. If he presses his erection on your thigh or against the small of your back in the middle of the night, and you don’t emphatically say “No,” are you saying yes? What if you just don’t say anything at all?

That’s how my husband anally raped me; I didn’t say, “No.”

Why would a woman do something she didn’t like?

That’s a valid question. The answer is somewhere between, “I feel like I should” and, “He is such an asshole when I don’t.”

When he thrust himself into me that night with my back turned to him, I could have laid still and let it happen; that would have been easier. In fact, that would have been par for the sexual course. I would lie still and think about laundry, the kids, our son’s Saturday baseball game; he would finish his business. He’d roll over and start to snore. I’d continue to lie still. I’d think about my grocery list, the church youth group, how much longer I could stay in this miserable marriage.

It never felt like sexual assault, him taking the sex I didn’t offer. It felt more like a silent agreement. I surrendered to sex; he didn’t complain. We'd wake up the next day and do it again.

But something about that time flipped the table. Maybe it was because he not only didn’t ask, he didn’t speak at all — like he knew I would say no and forgiveness is easier than permission. Maybe it was the pain, the eventual blood I’d find in my underwear. Maybe it was the darkness or the full moon. Maybe I was just sick and fucking tired of lying still.

But that time would be the last time I did anything I didn’t expressly want to do. That was the time I admitted, acknowledged, that I shouldn’t have sex I didn’t want. That sex you don’t want is not required.

I don’t believe he intended to hurt me. What I believe is that he felt entitled. It’s these feelings that make sexual assault in marriage complicated, at least if you’re not honest enough with yourself to say you don’t have to engage in sex you don’t want, ever.

If he is unbearable to be around when he’s aroused and unfulfilled, that isn’t your problem. And if he uses his unmet desires as an excuse for his shitty attitude, he’s manipulating you. Call it what it is; it’s coercion. The oft-played joke about the sexually frustrated man and the wife with a perpetual headache isn’t funny.

Sex that isn't consensual is not consensual, whether you're married or not.