7 Tips For Talking To Grandpa This Holiday Season 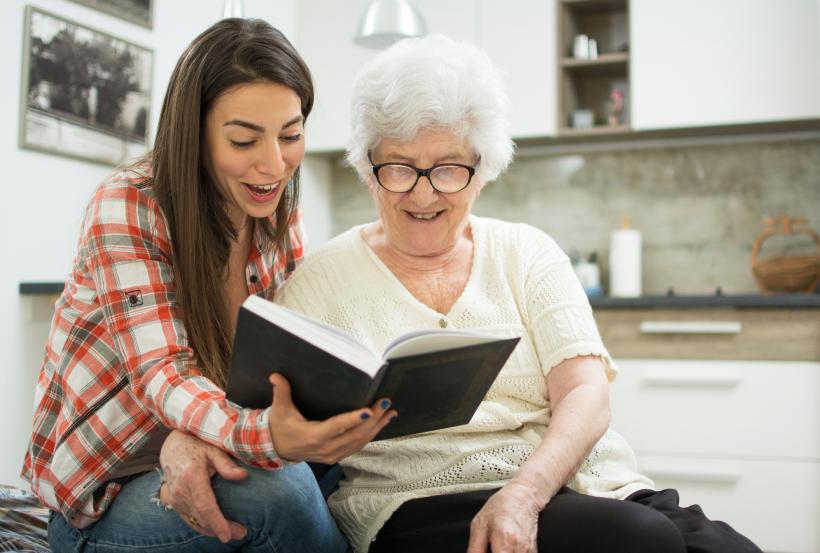 If you have sworn off all languages other than Emoji, this is for you. You too can learn how to converse with humans from another generation. Here’s how.

(For best results, avert your gaze from your phone and place it directly into the eyes of the human you are attempting communication with.)

1. First, check to see if said geizer is even interested in talking to you in the first place. Sure, your slang is woke and bespoke and on-point and anything but basic, but when you string the words together, do they form anything that resembles a complete sentence?

2. Though it may be tempting to shout at the old person at a painful decibel, try your best to resist. Just because Grandpa has some hearing loss doesn’t mean he needs to experience more of it with your admittedly impressive volume. Just enunciate clearly and speak at a reasonable level and that should do it. Side note: With that kind of lung capacity, you may need to start swimming again.

3. If you’re interested in starting a physical fight with the person — or engage in fisticuffs, to use the terminology of the crotchety (look, you’re learning!) — make sure to be as patronizing as possible. The more you sound like you’re playing with your three year-old niece, the better. That’ll really get the pacemaker going. These old folks take especially well to calling them “young lady” or “kid.” Because they too think it’s hilarious to sarcastically point out how close they are to death. Just be careful, as Nanna’s new hip is surprisingly flexible, and she’s always been a bit shifty.

4. Ask the old person questions. And no, “How are you still alive?” doesn’t count. Remember, all those years of living means they’ve seen some things. Your great uncle was in The War. You don’t know which war exactly, but that doesn’t matter, he may have killed a man. That said, there are probably some stories hidden under those scraps of gray hair and that distinctive cabbage-y smell.

5. Unlike the woman you’ve cornered on your weekday commute, this elderly person might actually want to discuss your major life decisions, give you marriage advice, or engage in otherwise controversial topics. Like you, it actually makes an older person feel good to be useful. If you run out of embarrassing first dates stories— which, let’s be honest, you won’t — feel free to bring up his or her grandchildren. If you’re one of them, simply pick one that isn’t you.

6. No, you cannot assume the person sitting beside the family octogenarian is the caretaker. When talking to the elderly person, believe it or not, you can actually speak directly to him or her, not go through another younger person to do so.

7. Don’t assume they don’t know things, especially things about technology. My grandma has never once touched a computer and survived without a microwave for over half a century, but she is now the official Wii bowling champion at her retirement home. This is a true story and I have never been prouder.

As an actual millennial or something that’s terrifyingly close enough, patience and respect may be foreign to you. Please use them with caution and remember that in an emergency, you can always compliment the elderly individual on that vintage polyester suit.

If you like this article, please share it! Your clicks keep us alive!
Tags
holidays
family
conversation
Grandma
Grandpa
Elderly