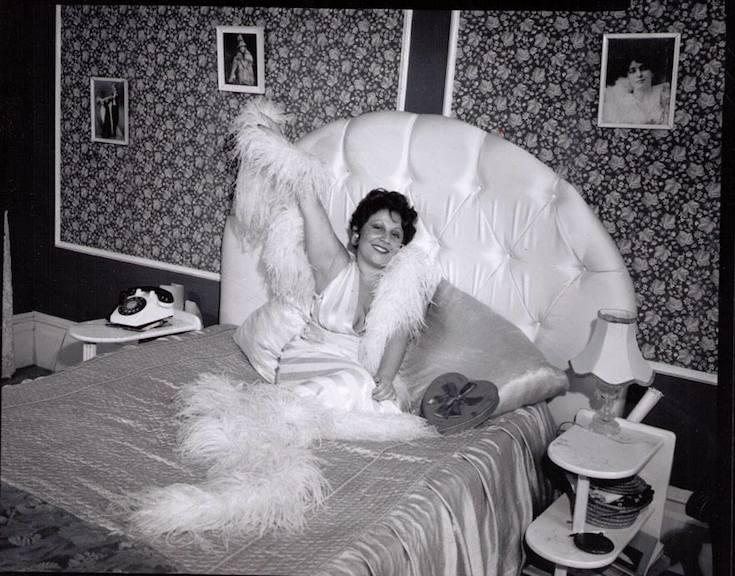 Dolores DeLuce has done it all — and before they even had a name for it. Mentored by the legendary drag queen Divine and part of the infamous gender-bending 1970s troupe the Cockettes, DeLuce came of age in the decadent 1960s and 1970s, and lived to tell the tale in her raucous memoirs My Life, A Four Letter Word: Confessions of a Counter Culture Diva and Blow Jobs: A Guide to Making It in Show Business (or Not!). Featured in the documentary I Am Divine, this pint-sized powerhouse can also be seen (briefly!) in mainstream efforts like True Blood. Though her road has sometimes been bumpy, the world is a funkier, funnier place with DeLuce in it.

How does one become a counterculture diva?

Lots of practice! Although the term is sometimes overused, to me, a diva is someone who rises above to her potential, despite challenges, [and] someone who acknowledges her worth despite what life throws at her. I was never mainstream but I got adoration from the gay counterculture, so I think I earned the title.

I didn’t train to be a diva. Just the opposite. I was raised to be a factory worker or a waitress (or, if I got lucky, to marry a guy with a good job so I could be a housewife). But I never fit into that mold. At age five, I loudly proclaimed that I was going to be an actress. My father responded with, "Over my dead body! They’re all puttanna"—which is Italian slang for "whore." As a kid, I was very rebellious, and tried to hide it until I couldn’t anymore.

What led you from New Jersey to California?

Survival! I had to get away from that oppressive lifestyle. I knew I couldn’t be myself in Paterson, New Jersey. I’d have to lie and deny myself if I did. In the early 1960s I was dating black guys, which was taboo back then. When I graduated high school in 1963, it was still a segregation consciousness. By 1965, I’d had enough of being suppressed, so, with very little preparation, I took off for California. No woman or man in my family had ever left home unless it was to go into the Army or to get married. It simply wasn’t done. But to a TV baby like me, Hollywood was the Promised Land.

Once I moved to LA, I was in a freefall of acting out. I experimented with sex, drugs, and rock and roll. I tried topless dancing and dabbled in prostitution. I went to community college, partied, and worked a series of dead-end jobs to get by. It was all good back then. When I was 24, I became pregnant with my daughter Viva. I straightened up and lived a clean life — temporarily. Viva’s dad left before I had her. Although I didn’t have the emotional support of my family — you can imagine how they reacted when I had a baby with a black man! — I had the support of my friends. 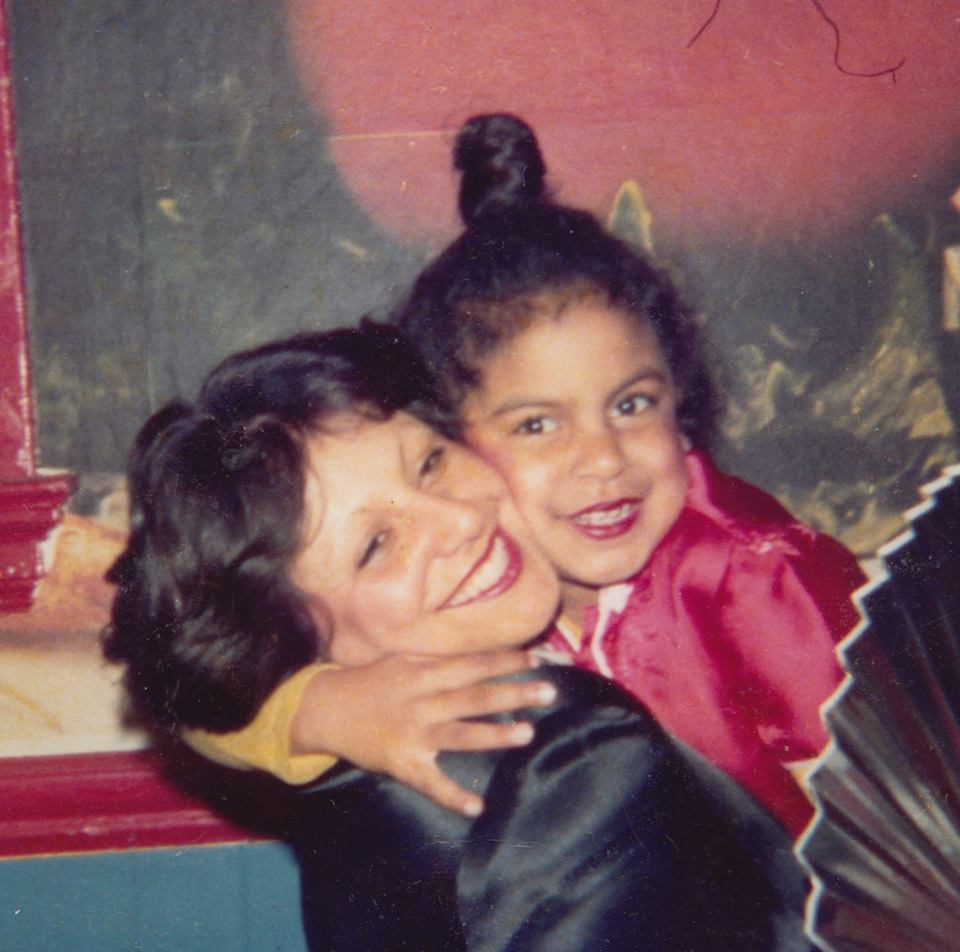 Like Divine. How did you become Divine’s ‘illegitimate love child’ as you call it?

Gil Robison, a cute bisexual photographer I’d met on the beach in Venice, took me and my two-year-old Viva on a road trip to San Francisco. I tagged along when he took pictures at a show called Vice Palace, which starred Divine and the Cockettes. I was in awe of Divine with her foot-high bouffant, cat’s-eye makeup, and tight, sequinned gown with a long mermaid tail. Divine and I just connected. When I got back to LA, Divine called and said he was coming down to Venice for the weekend and asked if he (plus two friends and a dog) could crash with me. Well, he ended up spending a month! It was magical, though. We were one, big, happy dysfunctional family. Divine liked to cook and bake, and so did I. We had endless parties. Divine loved Venice so much that he moved there. Later that year, Goldie Glitters, one of the Cockettes, decided she wanted to make a comeback in a show called Cinderella. Divine suggested they cast me in it.

I wanted to catapult readers into my world with that crazy memory. Viva and I moved up to San Francisco for the duration of Cinderella. I suddenly found myself embraced by a loving community of queers and freaks. They saved my life, actually. All of us who hadn’t been accepted by society somehow found each another. From there, I was in a bunch of avant-garde shows with the Cockettes and people like Amber Waves. I also met a feisty girl from Brooklyn named Candice, who later became erotic film director Candida Royalle. Candice and I worked together in White Trash, Little Italy, which led to the White Trash Boom Boom Girls, a troupe of chicks without dicks.

You were a single mom of a biracial child in the 70s. How difficult was that?

It would have been harder if I hadn’t found this group of kind-hearted queens to support me! They were such a devoted family that I never felt completely alone. I never had a traditional marriage, but I was lucky enough to experience intimate friendships with gay and bi men who loved me and loved playing Daddy to my daughter. Somehow this softened the pain and rejection from my father and Viva’s father.

What prompted you to write your memoirs?

Getting old and knowing I could be dead if I didn’t do it soon! But seriously, when AIDS hit, it was devastating because I lost so many friends. To help cope, I joined a writing group for people personally affected by AIDS. I was so grief-filled from losing people I adored and writing about them was cathartic. When I hit 60, I said, "Fuck it!" and got the guts to start a book, even though I never finished college and am dyslexic. I wanted to pay homage to a community of people I think so highly of. There was so much magic in that time. Whenever I do readings, I’m floored that college kids come up to me and are hungry to know more about that history. I wrote a screenplay version of the book. I think Lady Gaga should play me. 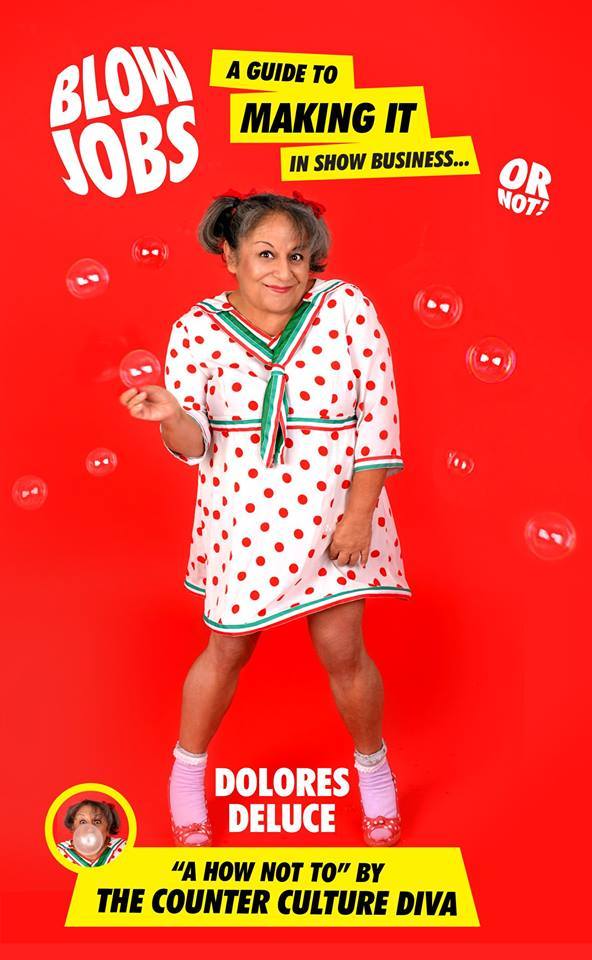 Blow Jobs . . . , the follow-up, gives insight to what a struggling actress does to get by.

Anything and everything! I’ve done all sorts of crazy things to earn a living, from being porn actress Ginger Lynn’s personal assistant (one of the jobs that ‘blow’) to working as a de-clutterer, to selling my knitting wares. People especially love the chapter about being Dean Martin’s housekeeper. He was such a dear man, even toward the end of his life. I think Blow Jobs . . . shows the continuing struggle of a counterculture diva trying to hit the jackpot in mainstream society. No matter what happens, I try to make lemons out of lemonade. There’s a veil of grace that surrounds me because somehow, I always manage to make it through.

What are the worst and the best jobs you’ve ever had?

The worst had to be meat-wrapping in the butcher’s basement back in New Jersey. The best would be dressing David Bowie for the cover shoot of his Tin Machine album. He was an absolute dream, hanging out in the dressing room in his undershorts. And then there was getting to work as an extra with Alex Skarsgard in True Blood. I played an innkeeper but mostly ended up on the cutting room floor. It was just the two of us in the middle of the night after everyone else had gone home. I had such a crush on him! Working for Dean Martin was pretty fabulous, too.

That’s for sure. Recently, I was featured in a Dell Computer Internet commercial. I play the doting mother of Marty, a nerdy guy who came up with the concept of making five-second films. In the past, I’ve even had fun non-sex roles in videos like The Godmother and Wild Goose Chase. Plus, I’ve done wardrobe on some of Candida’s films. Yes, they do have wardrobe in adult movies. You never know what will come down the pike. 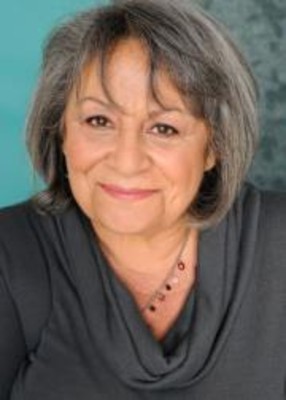 What’s a typical day like for a counterculture diva?

You name it! Acting, writing, ghost-writing, copy-editing, knitting. I’ve created custom sweaters for people like Lily Tomlin, Renee Taylor, Julia Roberts and many others. My knit designs have also been featured in TV shows and films. When she’s in town, I love hanging out with my beautiful daughter Viva Vinson, who’s an amazing singer. The life of a freelance artist is unstable but it certainly isn’t boring. I’ve had a wild ride, an interesting ride, and I’m thrilled to still be on it!