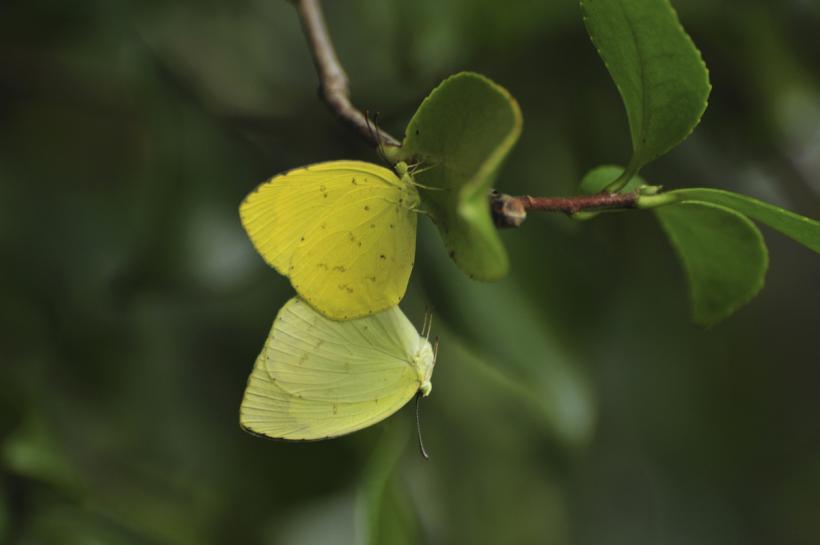 We've been talking a lot about consent lately — not just at Ravishly, but throughout the entire country! With #MeToo, Harvey Weinstein, and the countless other total creeps being revealed at every turn of the news cycle, consent seems to be on everyone's mind these days. And we think it's about damn time.

In addition to curating a series of essays on consent, we also took to Twitter to keep the conversation going. Consent is the sort of thing that should remain a topic of discussion even after the media scandals have died down — because they certainly will, and it's all too easy for the world to resume silencing and ignoring women who speak out against harassment and assault. And consent isn't just limited to sex; it's the fabric of our relationships and interactions! When we stop talking about consent, we also stop thinking about it — and that's how we got to this point in the first place! Let's keep the conversation going.

We hope that our Twitter Chat helped to address these issues in addition to providing practical advice for considering consent in our everyday lives. Here's a round-up of some of our favorite tweets from readers and panelists alike!

The question of Consent is at the heart of nearly every human connection. So why do we only seem to ask about it when it’s too late? This Thursday at 12pm PT/3pm ET, we're Considering Consent. Follow our panelists, @myishabattle, @gigiengle, & @erinkhar, & let's discuss! #RavChat pic.twitter.com/Wp1KLn9dA8

Was consent part of your sex ed growing up? If not, what were you taught instead?

Like many Americans, sex coach and writer Myisha Battle experienced intense fearmongering and abstinence-only attitudes in her federally funded sex-ed.

A1: There was absolutely no mention of consent in my sex education which took place in the Bible Belt in Louisiana. Instead we were taught to approach sex with fear: fear of disease, rejection, heartbreak and damnation. With all of that, who had time to teach consent! #RavChat

Sex ed in school was basic for me. It was entirely centered around reproductive health — there was nothing about pleasure, assault, consent, or bodily agency. IMO, there should be entire classes centered around consent when kids are very young #RavChat…

Sex writer Gigi Engle reminds us that sex-ed extends into the home as well — we can't trust the education system to teach our kids everything we hope they'll learn, especially when it comes to their own bodies!

...It’s on the parents to teach consent as well as educators. Parents need to teach their kids about consent when they are three and four years old #RavChat

Managing editor and mom of 2 Erin has firsthand experience with teaching her son about consent.

My hope is that the more we talk about this openly, the more parents will follow suit. As the mother of a cis-male 14-year-old, I feel a HUGE responsibility to guide him to respect boundaries, respect his body and the bodies of others, and to really grasp what consent means.

Next, we asked what might have been better, and boy did people have a lot of great suggestions!

If you could tell your younger self one thing about consent, what would you say?

A2: Never apologize for asking someone else to respect your boundary. Boundaries and consent are intertwined. #RavChat

That your body is yours alone and no one is allowed to touch it without our permission. You don’t have to hug, kiss, or touch any person you don’t want to touch #RavChat…

A2: I would tell my younger self that my "no" should be heard and respected. I remember it feeling as if I had no say in how boys interacted with me. It would have been nice to be given some support that me standing up for myself and my body wasn't being "prude". #Ravchat

It's not a #RavChat without some hardcore myth- and misconception-busting! This time, we asked panelists about the outdated notion that consent is anything but sexy.

There’s this idea that discussing consent in the bedroom “kills the mood.” What about consent feels the most sexy to you, and how can people work to better embody that in their own sexual relationships?

A3: Truthfully, when I was younger I think I bought into this idea. Now, as an adult who believes her body and sexuality is worthy of respect, I find nothing sexier than a partner wanting me to feel safe and free in the bedroom. That requires open communication about consent...

A3 cont: Part of consent in a relationship is talking to each other about what feels good and what doesn't...and, most importantly, respecting what your partner does and doesn't enjoy in bed! #RavChat

The thing is, most of us were never given the tools to negotiate sexually. We can discuss at length what we want for dinner, but navigating a plan for sex is really a foreign concept. It makes sexual consent clunky at times, but it gets easier with practice. #Ravchat

Followed by a crucial caveat:

Consent doesn’t stop with sex — what types of non-sexual consent do you want more people to be aware of?

Can 2018 be the year we finally stop forcing kids to hug relatives?

A4 Some people aren't comfortable with hugs, and that's fine. Other touches, boundaries in general, personal questions, passing personal info onto a 3rd party. #ravchat

A4: Exactly what I said earlier about boundaries. I did not learn about having or respecting boundaries growing up. As a result, I was terrible at honoring consent with others and upholding my own. Consent means I say this feels okay for me. #RavChat

So, how do we put all these great ideas into action?

How can we make consent a part of our everyday interactions and ongoing conversations?

Three words can be very helpful: Would you like. A hug? A kiss? A hand to hold? A back rub? (Yes!) #Ravchat

Contributor Aja Barber points out the important ways lack of consent can feed into other forms of oppression, especially racism:

This actually reminds me of the unwanted touching black ppl especially deal with surrounding our hair. I had a woman touch my hair in a restaurant bathroom 2 years ago. The weirdest part was that she didn't even think twice about how inappropriate her actions were. #RavChat https://t.co/oqymcp2Oej

Imagine a world where instead of rape culture, we have a culture of consent. What does that look like to you?

A6: A culture of consent would eliminate the bulk of toxicity in all sorts of relationships. #RavChat

If you missed this #RavChat, no worries! We'll have another one soon — just keep an eye on Ravishly's Twitter, and in the meantime, don't forget to tweet your thoughts/experiences regarding consent by using #ConsideringConsent.