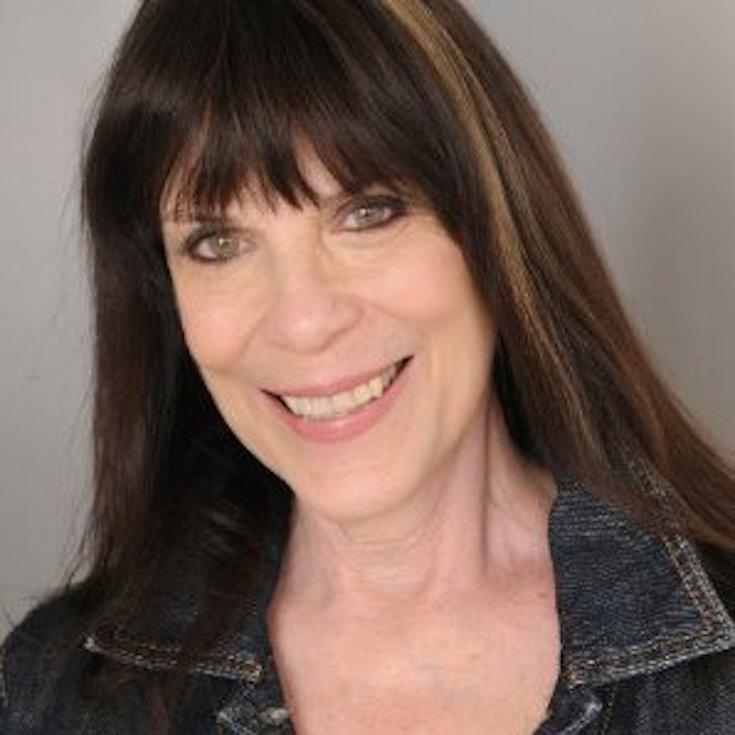 “What’s real?” Darla used to ask me. “How do you know what’s real?” I never understood the question. But then, I didn’t have platinum hair and cheekbones that could cut glass, and no one ever offered to buy me a Rolls if I spent one night naked in his bed. Darla was a brilliant neon sign flashing pure escape. You almost didn’t notice that those lovely green eyes didn’t blaze like the rest of her. She was both the main attraction and sad observer at the carnival . . . ”

So begins Maxine Nunes’ Dazzled, the perfect sizzling summer read. As a skilled storyteller with a delicious Raymond Chandler-esque noir edge, Nunes creates a compelling mystery with more twists and turns than a belly dancer. You'll be guessing until the last line. This taut page-turner is set in present-day Los Angeles, and follows the lives of two twentysomething actresses, Nikki Easton and Darla Ward, struggling to survive the Hollywood game. Though a native New Yorker, Nunes spent much of her adult life in LA and has also written and produced for television. She writes for several publications including the Los Angeles Times.

What sparked the idea for Dazzled?

Boredom! I was doing a serious writing workshop, got tired of it, then scribbled down a mystery story that began with keys being left in a mailbox. I’d never written in a voice like the ‘Nikki’ character before, and had a great time with it. When I read an excerpt aloud in class, the instructor came over afterwards and said, "I think you have something here."

I think so too! The characters are so vivid, especially Nikki and Darla. It’s so refreshing to see such smart, compelling female protagonists.

I think Nikki and Darla grew organically from my days as a young actress, brief as they were. I like to say that Nikki is my alter ego, but she’s nothing like me. I started crafting her using my own inner emotions and experiences but then she just took a leap. In the beginning, I had Nikki behave the way I would — closing windows and acting scared when she was being followed. Then I realized she had to be fearless, not a victim.

You just kept pushing the envelope. Darla was fascinating as well.

Darla’s a composite of several actresses I’ve met. The part where Darla explains that she created her beauty, that she’s actually very ordinary-looking but invented a sort of mystique that stemmed from a real experience. A friend who was casting a movie introduced me to an actress who could turn her beauty on and off like a light switch. I used it here. Physical beauty is so subjective, and often an illusion. 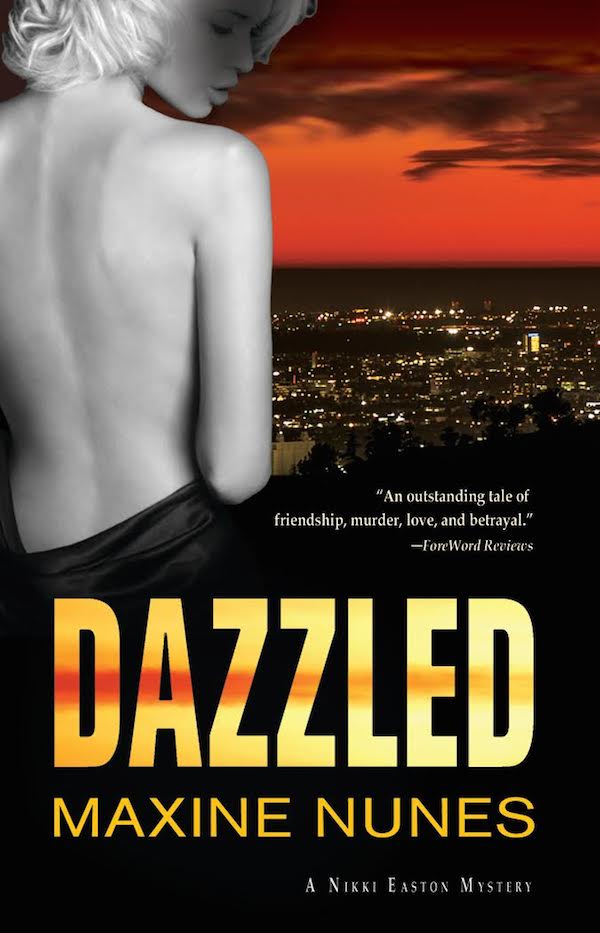 You do a fantastic job describing LA — it’s portrayed almost like another character.

I wanted to write about the LA I experienced. The city is strange in its duality. On one hand, it’s such a bright, beautiful place. There are no shadows and the sky is perfectly blue and cloudless almost every day. But if you look closer, there are cracks in the foundations and homeless people curled up in doorways. It’s a study in light and dark.

There’s so much behind-the-scenes insight in Dazzled that makes it feel real.

I’m one of those writers who has to experience something in order to write about it. If I set a scene in the county coroner’s office, I have to go down there and look at the dead bodies. I also had to learn how to operate a gun when I was writing Dazzled. When I left the shooting range, I had a terrible knot in my stomach (unlike Nikki, who had a wonderful love scene afterwards). I also drew on personal experiences like acting classes and auditions. I went on lots of those! The scene where Nikki performs in an Andrews Sisters-style number for an audition actually happened to me. We were all jockeying for position and another actress rammed her heel into my instep. Hurt like hell!

Your book is so visual and fast-paced. It really lends itself to being a film.

You know, quite a few people have told me this and I’m flattered. Filmmakers have read it, but there haven’t been any offers yet. I’d love to see Dazzled made into a movie. 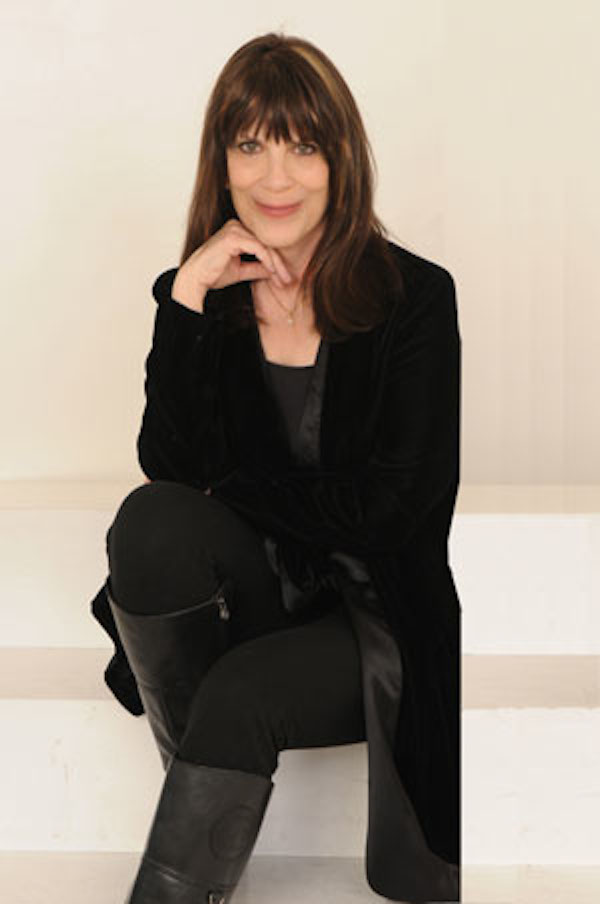 The trade paperback just came out recently, didn’t it?

It did. The Kindle and hardcover versions were published ‘traditionally’ by Five Star Publishing in the fall of 2013. Five Star specializes in library sales and doesn’t really do paperbacks. After one year they give authors back the paperback rights, so I’m self-publishing the trade paperback under my own imprint, Dreamtown IndiePress. I have to tell you that I find self-publishing a blast. I love the quick turnaround and the control I have over my own work. For a very limited time, the trade paperback will be priced at $6.37, almost half the cover price.

Where did it all begin for you?

I was born in Kingston in upstate New York, but when I was 11 months old, my family moved to Flatbush, Brooklyn. I went to Erasmus Hall High School, which has famous alums like Barbra Streisand. It’s like the Hollywood High of the East Coast.

When did you start writing?

I wrote and self-published my first short story when I was only four. I tied it up with purple yarn and illustrated it myself. Years later, I found a copy in my grandmother’s nightstand drawer. I was so flattered she’d kept it. I’ve been writing ever since. My first real job was as an editorial assistant at a publishing company. I’ve always loved books, but I also loved movies and the whole Hollywood mystique.

As a native New Yorker and movie-lover, was your first impression of LA?

I was complete dazzled by it. I hope some of the passages in the book reflect my awe. Being young and naïve, I was quite blown away by Los Angeles. But I’ve never stopped being a New Yorker, even after all of these years.

My first was a television series called Women Now about the women’s movement and feminist issues. My writing partner and I came up with the idea, typed out an outline for 13 shows, and were amazed when the CBC (Canadian Broadcasting Corporation) picked it up. We were invited to write a book based on the show. After that, I wrote for network game shows for a long time. I also acted in a forgettable movie called Seasons in the Sun. It starred Terry Jacks, who’d had a hit record by that same name many years before. I think it went straight to video. But throughout my writing career, one thing led to another. It’s been a series of happy accidents.

What’s next on the horizon? Are you working on a new book?

Two, actually. The first is a Nikki Easton mystery that takes place in Lisbon, Portugal. The second is set in New York in 1968 and has multiple characters and multiple points of view. The '60s was an amazing era of glamor and culture. The world was changing. I’m hoping to get to Lisbon this fall to do research for the first book but the New York book has a stronger pull. When I wrote Dazzled, I stopped working on other writing assignments and focused on it for a solid month. I don’t know if I’ll have that luxury this time. It’s a real balancing act, but I love what I do and I’m lucky to be able to do it.